After discovering my origins, I wanted to make it easier for donor-conceived children to know just who their biological parents are

My mother wanted children very much, but unfortunately my father was infertile. So they went to see a doctor, who injected my mother with sperm from an anonymous man. This was London, U.K., in the early 1950s, and the practice was new and borderline illegal.

When the doctor published what she had been doing, there was outcry from the government, the church and the public. And it's no wonder there was absolute secrecy about our origins. By English law of the time, my sister and I would have been "bastards."

Learning the truth about our origins

Anonymity became the norm for decades, as the infertility business became commercialized and donor conception common. But after our dad died, our mother bravely told us the truth. It was a shock. Though there has never been any question that our dad was our true father, we were curious about our progenitor. But there were no records and, in those days, no way of finding out who he was.

All that changed when cheap DNA tests arrived on the internet. We met a man, David, who was conceived at the same clinic, and DNA revealed him to be my brother. I had the thrilling experience of feeling a bond with someone who was like me in many ways, but whom I'd never met until then. We now really wanted to know who we came from.

Finding my siblings, lots of them

Wanting to make sure my search wouldn't scare off donors and prevent couples like my parents from having kids, I researched the evidence. Even then, in 1999, there were programs with donors willing to be identifiable to their offspring. Years later, I discovered that B.P. Wiesner — a brilliant scientist and the husband of my parents' doctor — was our biological father. Amazingly, we would learn he had about 600 children, a story I tell in the CBC Docs POV film, The World's Biggest Family.

Now, with the arrival of consumer DNA tests, those children, my half-siblings, are starting to show up — about 45 so far. It's fascinating to see how similar we all are. Quite a few are filmmakers or writers, and we share verbosity and a sense of humour. There is a particular pleasure in seeing yourself reflected in people you hadn't met before. Some argue genetics means nothing, that it can't be as important as a loving family. But it is hard to deny the power and meaning of the close genetic tie when you have experienced it. Even the simplest organism can recognize its kin, and our culture — from Oedipus to Luke Skywalker — is full of stories of people finding their biological fathers.

I am a member of the Donor Conceived Alliance of Canada, and like many others around the world I argue that nobody has the right to deliberately withhold a citizen's significant personal information. Not all donor-conceived people care to know who they come from, but many do and should have that right. Many countries, like the U.K., have ruled that the only people who may donate eggs or sperm must be willing to be identifiable when their offspring reach maturity. Canada is not among those countries. It should be. 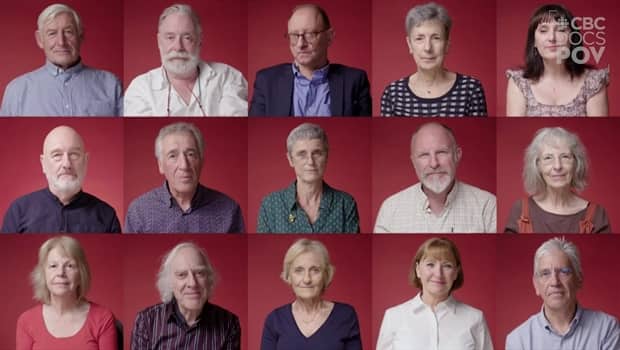 4 months agoVideo
0:44
For nearly all of Barry's half-siblings, the anonymity of perm donors is wrong. They feel that every person has the right to know their origins and therefore, who they are. 0:44

While consumer DNA companies may have ended any guarantee of a donor's anonymity, real dangers persist, including the sense of betrayal when parents' lies are revealed. Many individuals have developed diseases inherited from donors; surely some of these conditions could have been caught and treated earlier with better knowledge of their genetic history. And, of course, there's the importance of knowing who your half-siblings could be. Since sperm donors can have 50 or 100 kids or more, there is a chance that some half-siblings have met and married without knowing they're related.

When a doctor like Norman Barwin in Ottawa secretly inseminates women with his own sperm, people are horrified. When a hospital swaps babies at birth as happened in Newfoundland, people are sympathetic. And many seem to understand the desire of adoptees to know their birth parents. Our situation is not so different.

As donor-conceived people, we have the same human desire to know where — and who — we come from. I made this documentary in the hope that it might help end the secrecy, the lies and the anonymity of donor conception.