Farmers, ferris wheels and funnel cakes: inside a county fair

It was our first time in Brooklin. Not Brooklyn, N.Y., which we were admittedly more familiar with. This was the Brooklin, Ont., county fair, and we were filming Year of the Goat for CBC Docs POV.

The shoot was on the first of more than a dozen weekends we spent at county fairs across the province from spring until fall. By the end of the season, at Toronto's Royal Agricultural Winter Fair, we had come to appreciate what these fairs are all about. And we think if more Canadians knew about them, they would be on board too.

A chance to learn more about where our food comes from

In urban centres like Toronto, there is a different farmers market every day of the week. The appeal of these pop-ups is evident: urban folk want to know more about where their food comes from, and they want to support small local farmers directly.

A county fair is like the world's biggest (and most competitive) farmers market, combined with an amusement park, square dance lesson, monster truck rally, petting zoo and food truck festival. One fair even offered chicken poop bingo, so there's clearly something for everyone. 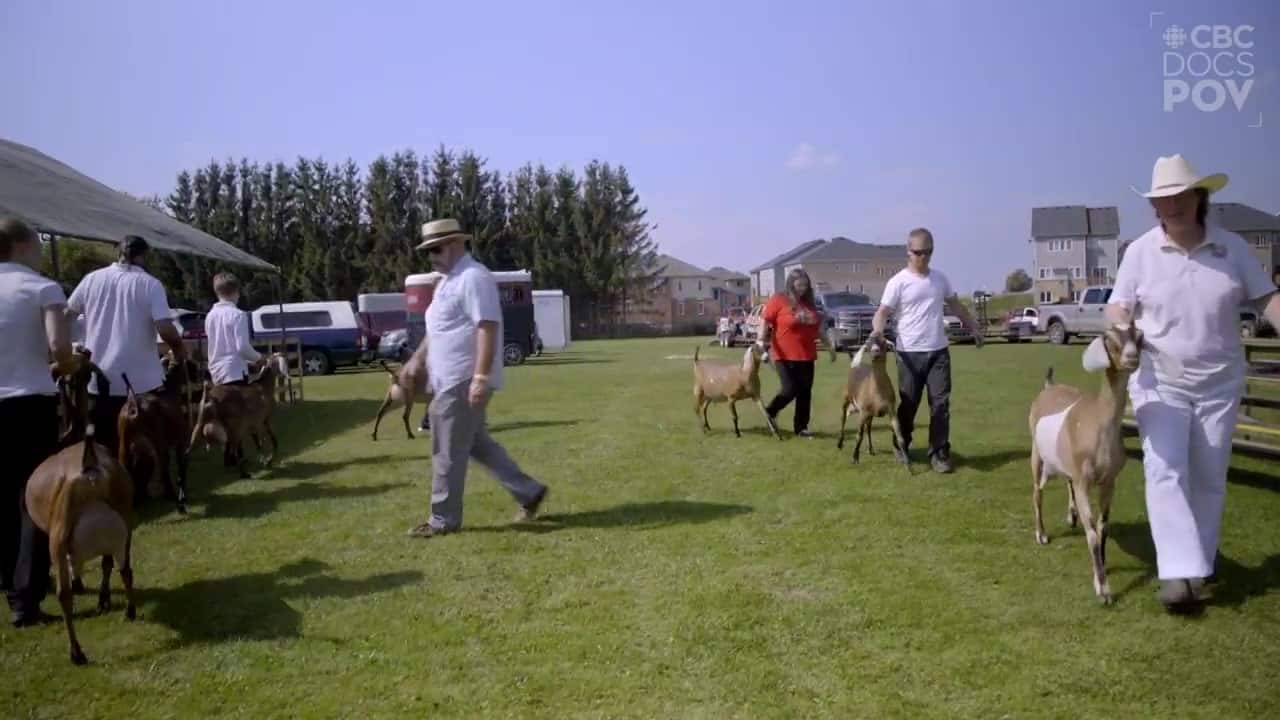 Year of the Goat: County Fairs

1 month agoVideo
0:46
Local agricultural fairs are a myriad of events and animals, bringing people together with agriculture in a way that they often don't in their day-to-day lives. 0:46

Although we were there to film goats, there were competitions for just about every farm animal you can think of: cows, pigs, chicken and sheep.

County fairs are a celebration of all things rural

Many Canadians spend their summer weekends searching for the nearest dock or beach, but county fair fans are scratching another kind of itch: an opportunity to celebrate all things rural, from food and music to farm machinery and, of course, livestock.

Whereas the exhibitors and competitors travel from all over the province, attendees include locals who never miss a year. It's a tradition, like watching the Super Bowl in February, and residents take pride in having their town be centre stage. Some fairs are known for signature specialties, like the Erin Fair's famous apple dumplings.

County fairs take place in small towns and hamlets that are slowly being swallowed up by ever-encroaching suburbs. The Fergus Fall Fair is less than a half hour from Guelph. The Brooklin Spring Fair is just 10 minutes from Whitby. And yet, even as these towns become suburbs for larger cities, the fairs are a reminder of a community's traditions and culture, dating back to a time when Canada was predominantly a rural country.

At a time when Canadians are increasingly disconnected from their food sources, these fairs are an opportunity to bridge the gap between people and the practices that feed us. We can learn everything from the difference between a Jersey and a Holstein-Friesian to how to milk a cow itself.

After filming concluded last winter, our weekly trips to farmers markets in the city were never quite as exciting. If you like your produce shopping with a side of funnel cakes and ferris wheels, give a county fair a spin. You won't regret it.

Watch Year of the Goat on CBC Docs POV.

By: Aaron Hancox and Michael McNamara, Co-Directors, Year of the Goat