'The guy that says the thing you wish you said': Get to know comedian Brett Forte

Unafraid to go against the grain, comedian Brett Forte turned being laid off from a job in radio into a successful comedy career.

Unafraid to go against the grain, comedian Brett Forte turned being laid off from a job in radio into a successful comedy career.

Forte is one of the featured comedians in the CBC Gem special The New Wave of Standup and is available to watch online here.

We invited Forte to take our questionnaire, and here's what he had to say!

Growing up, I was an only child and had no problem entertaining myself. My neighbourhood was full of action and as a kid, I knew I could get away with being nosey. What my parents assumed were gunshots down the street, I would later inform them that, "No, that was the sound of six flash-bang grenades used by cops in a drug raid, Dad. I talked to the police chief myself."

If the upstairs neighbours were fighting, I'd go listen to see what they were fighting about. One day, I found a 12-gauge shotgun hidden in a drainage pipe that was the missing piece of evidence in an armed robbery case, which I tied up nicely. I've always enjoyed getting to the bottom of a story and it's something I still do today on my Instagram (#StoriesThatMatter).

I also really liked finding new ways to make a quick buck, and especially if it meant using my age to my advantage. I'd take my parents' Pepsi cans and sell them for $1 on the street corner. I sold $700 worth of marbles to a fellow 12-year-old that obviously had no business having $700.

Instead, I took that money, put it into an RBC Young Leo's saver account and 10 years later it became a down payment for my first condo. Everything I did as a kid was set to the Ocean's 11 soundtrack, before that movie even existed.

I like being the guy that says the thing you wish you said in the moment; the thing you mutter to yourself in the car or shower later. Larry David is known for saying things in public situations that are considered taboo and I think it's an incredibly fun way to live.

My goal on stage is to share those moments and make you laugh at something society says you can't laugh about. And by society… I mean my generation (millennial). One of my favourite things is when people my parents' age come up to me after shows and tell me how well they connected with my material. And if people younger than me walk by in disgust, even better. I guess the only "millennial" thing I'm guilty of is starting sentences with the word "and."

So I got into radio at age 20. I produced a morning show and tried very hard to make it on-air. The few times I did make it on-air, I somehow found myself in trouble… and not even for saying anything risqué!

For example, there was a woman in Calgary who won a Honda Civic with Roll Up the Rim. So this story hits the paper and the next day I prank call her from the radio station. I pose as Tim Hortons' head office and tell her there's an ongoing police investigation regarding counterfeit cups at the location she purchased from.

The whole time I'm dragging her through this gut-wrenching call, I have her husband on the other line listening to it all. I reveal it's a joke at the end, she has a massive sigh of relief and the husband gets a playful lashing for putting her through this. I thought I nailed it. Turns out, people somehow found a way to be offended at this call and our station lost $3,000 of ad revenue immediately.

In radio, I couldn't catch a break. Soon, the only part of my job I enjoyed was when we interviewed the weekly comedian appearing at Yuk Yuk's. Those interviews were always refreshing and against the grain… something I wasn't allowed to do.

So in the summer of 2015, I drove to Kelowna and tried my very first open mic. I did it there because if I bombed, it's in a different province and there's no way that news makes it back to Calgary. Fortunately, I did well and when I came back to Calgary, I had the confidence to begin my new career.

Two years later, while balancing both standup and radio, I won a contest at The Comic Strip called "funniest person with a day job." Twelve hours later I was laid off and lost my day job.

Since then I've been a full-time comic and will never look back.

I think some of my "worst" moments were actually the most enjoyable. I like being able to tell a story, and a show with a great crowd that ends in thunderous applause isn't much of a story. However, the time I had a whiskey glass thrown at me on stage, now THAT'S a story. Sadly, that story is in my act and you don't get it now.

So one time I asked this very question to fellow comic Andrew Albert. Andrew is an alpha dog that had already been in the game 15 years when I started; he's great. So I'm brand new to standup and looking for any excuse to talk to the major players, so I ask, "Andrew, who's your favourite comic?"

He turns to me without any hesitation and says, "Me. Andrew Albert. I'm my favourite comic. I focus on me". Boyyyy did I love that answer. The only-child that chose a solo career where you stand on stage alone LOVED the Michael Jordan competitiveness of that response. I've told other comics this story and they hate it.

They tell me, "just say Bill Burr like a normal person." My answer lies somewhere in between.

Bryan Callen helped me get over pre-show jitters by saying, "nerves and butterflies before a show is your body preparing itself for a challenge, for survival. You should be thanking your body for that preparation, you need it."

Those moments were big for me in the beginning but lately, I found inspiration in Kevin Hart's speech at Just for Laughs. I stood at the back of the room in Montreal while he accepted the Generation Award and he mentioned it wasn't long ago that he was making his JFL debut for "New Faces," which happened to be the very show I got to do later that night. It was living proof that I'm on the right track.

Todd Ness. He's my co-host on the 2 Meers Podcast and is a PROLIFIC writer. He easily has twice the material I have and is such a good live performer. 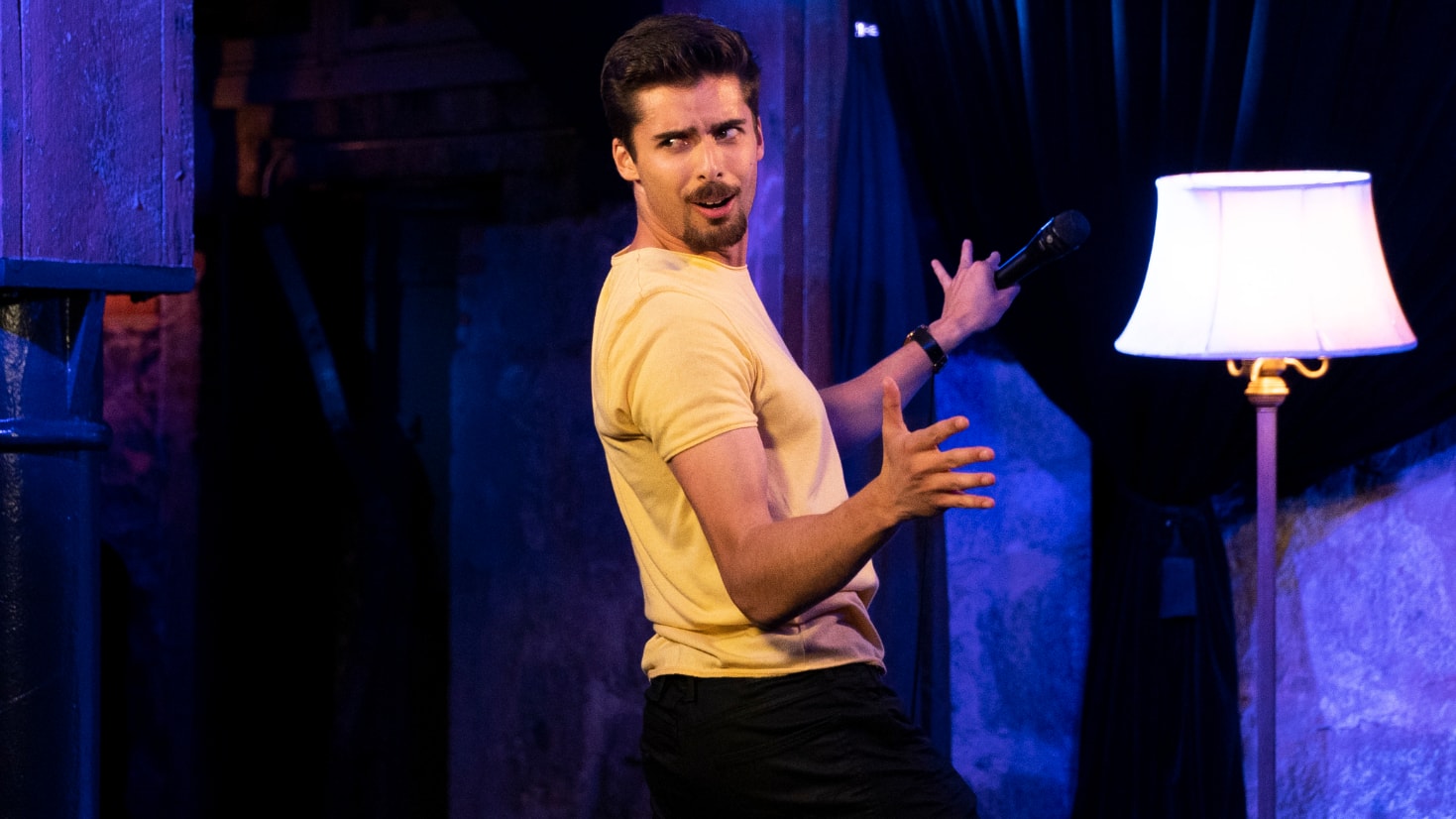 New words for everything | Brett Forte