'My teachers didn't hate me too much': Get to know comedian Ola Dada

Uniquely daring and hilarious, Ola Dada knows how to bring the laughs.

Uniquely daring and hilarious, Ola Dada knows how to bring the laughs.

Dada is one of the featured comedians in the CBC Gem special The New Wave of Standup and is available to watch online here.

We invited Dada to take our questionnaire, and here's what he had to say!

I am from Nigeria and I lived there until moving here in 2006 to Fort McMurray, Alberta. Growing up, I was always the class clown with ok grades, so my teachers didn't hate me too much.

When I step on stage, I want the audience to feel like they are hanging out with their best friends telling jokes.

When I first realized I wanted to do comedy was when I realized I brought value to my friends, and they wanted to see what jokes I would come up with next. My friends are very supportive and came, and still come, to every show. I wanted to continue to entertain my friends.

I decided to make it a career when I was in class one day and there was an older person seated next to me. That was when I realized now was the time to work toward comedy. I could always come back for an education if I need it.

Getting a chance to perform in front of my hometown crowd, with all my friends, family, teachers and my community. This was huge for me 'cause I had a fear my parents wouldn't find me funny or accept what I was doing. They loved and accepted me for it. Also performing at the Queen Elizabeth Theatre for Sirius XM Top Comic.

My worst experiences are the times hecklers have called me the N word while performing on stage.

My comedy heroes are Kevin Hart, Dave Chappelle, Eddie Murphy. I look to friends, family, girlfriend and myself for inspiration. 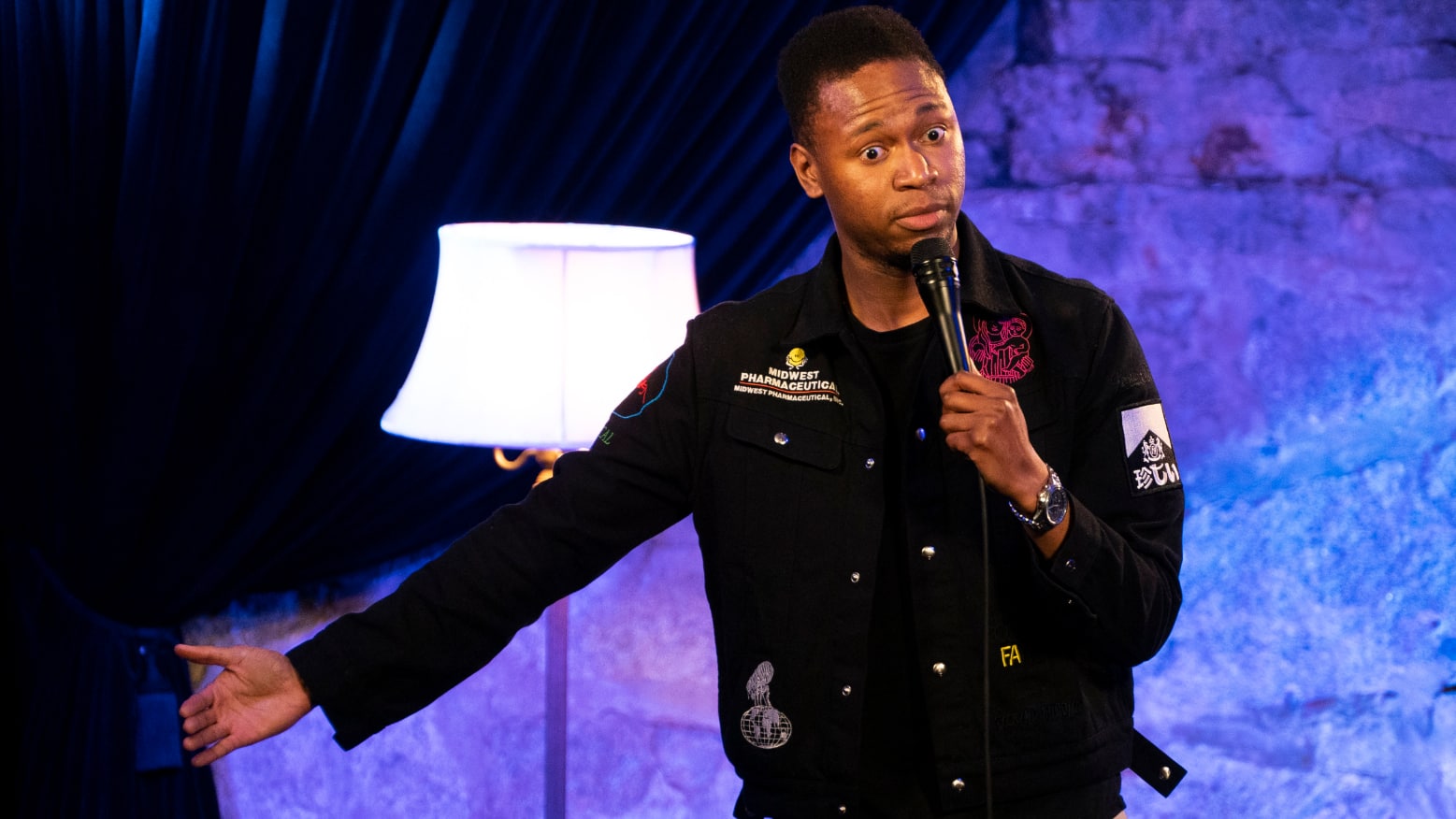 There was a baby on the flight | Ola Dada