'I always knew': Get to know comedian Brittany Lyseng

A one-time elevator mechanic, Brittany Lyseng traded in her tools for the stage and hasn’t looked back since.

A one-time elevator mechanic, Brittany Lyseng traded in her tools for the stage and hasn't looked back since.

Lyseng is one of the featured comedians in the CBC Gem special The New Wave of Standup and is available to watch online here.

We invited Lyseng to take our questionnaire, and here's what she had to say!

Born and raised in Calgary, Alberta. I was a chatterbox, a tomboy, and I loved playing hockey and displayed a lot of attention-seeking behaviour.

I want them to feel comfortable.

I always knew, I just didn't know how to get there. I decided to try at 26, for the first time, at a Comedy Monday night in Calgary. Two years later, after my father survived a massive heart attack and feeling like life is way too short to not do the things you dream of doing, I started doing comedy formally at 28. I quit my day job as an elevator mechanic a week before my 32nd birthday, to pursue comedy full-time. It has been my full-time job for two years.

Advancing to the semi-finals of Top Comic at my home club in Calgary felt pretty great and getting to perform at the Winter Garden Theatre in Toronto as a result.

Bombing a headline set is the worst feeling ever because you're like, "Well they hate me… good thing there is only 42 minutes to go."

Sarah Silverman is my comedy hero. I look to my family and friends for inspiration, they are the funniest people I know.

Amy Bugg from Toronto. She's equal parts smart and silly. Delightfully well-written and a joy to watch and know.

Chris Gordon from Calgary/Vancouver. He is incredibly unique and hysterically funny. He turns grown people into giggling children. One of my absolute favourite comics and people. 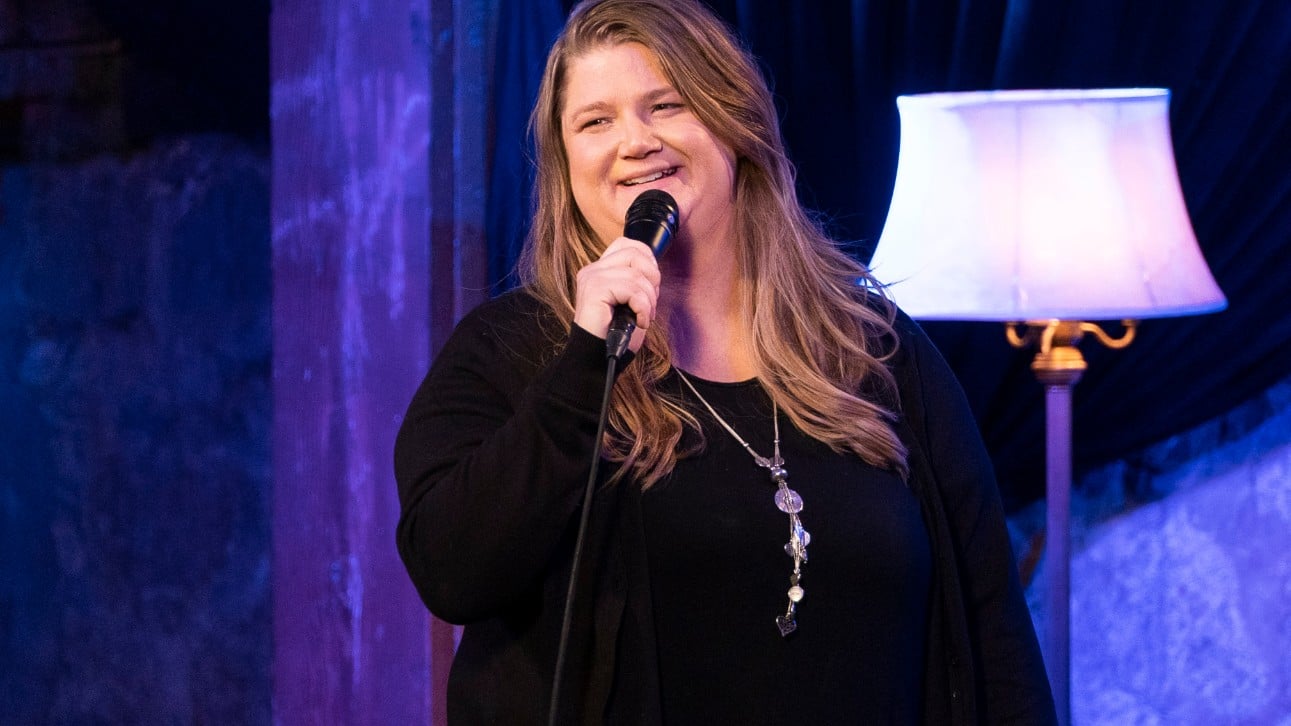 Too old to live with your sibling | Brittany Lyseng