Pretty Hard Cases offers a new and refreshing take on the classic buddy-cop comedy genre by combining common tropes with strong female characters and the exploration of important personal and political issues through a comedic lens. Watch Pretty Hard Cases special encore on CBC this Sunday at 9:00 p.m./9:30NT.

Two polar opposite police detectives are paired together to crack a case. One is bound to the rules and the other flies by the seat of their pants. They butt heads due to their differing policing styles but eventually learn to work together and appreciate each other's strengths.

This plot most likely sounds familiar, as it's one that has been used time and time again to create the films and shows in the buddy cop genre. Titles like Starsky and Hutch, Bad Boys, Rush Hour and Lethal Weapon all fall under this classic category.

Although CBC's new show Pretty Hard Cases seems to have all the elements that make up the buddy cop genre, it's also reinventing it through a few key differences, most obviously through it's two strong female leads.

The two women are forced to work together after realizing they're both trying to take down the same Toronto street gang, but the way they plan on doing so is exceptionally different.

Samantha Wazowski loves a five point plan, she never strays from the rules and you can always find her wearing a pressed pant-suit paired with comfortable footwear. Kelly Duff on the other hand, is self-assured, gritty and relies on her instincts when it comes to her detective work.

The two womens' differences are truly embodied through the polarity of their cars, while Duff drives a sleek, red 1965 Ford Mustang, Wazowski drives an unassuming white Smart Car.

Although the two women are undeniably different and strong willed, the show doesn't pit their characters against each other. Wazowski and Duff have the humorous banter customary to the genre, however, it works as comedic relief rather than tearing either of the women down.

Pretty Hard Cases also strays from some of the tropes typical of the male-dominated genre by having multiple women in positions of power. Various department heads are female, including the Unit Commander, Inspector Edwina Shanks, played by Karen Robinson (Schitt's Creek).

Even the show's bad guys are female-led, with the gang's leader being a working-class single mother of two, who assumes the role after her boyfriend is arrested. Tara Strong plays the role of Tiggy Sullivan, a fierce mother turned drug lord who will do anything to protect and provide for her kids.

Not only does Pretty Hard Cases reinvent buddy-cop comedies by introducing strong female-leads, the show also breathes new life into the genre through the humanization of its characters and overall exploration of deeper issues; including difficult topics such as love, loss, and the ethical dilemmas of a police officer, all in the first episode.

In episode one we see Samantha Wazowski's complicated relationship with her 17-year-old son, as she struggles to discipline him and maintain authority in her household. Her inability to command the respect of her son stands in stark contrast to her career as a police detective. This ironic juxtaposition is an example of how the show utilizes comedy to tackle heavier topics such as family trauma.

In a particularly suspenseful scene, the police squad storms a home to find a young boy holding a gun. We watch as detective Duff makes the difficult decision to have the squad evacuate the house and calmly speaks to the young boy in an effort to have him hand over the gun.

The scene illustrates the moral dilemmas faced by officers on the job, and the internal struggle of wanting to follow police protocol, while also remaining empathetic and relying on human instinct.

Pretty Hard Cases offers a new and refreshing take on the classic buddy-cop comedy genre by combining common tropes with strong female characters and the exploration of important personal and political issues through a comedic lens.

Duff and Wazowski's witty banter and spirited relationship makes them both entertaining and relatable and the dynamic duo might just become your new favourite crime fighting pair. 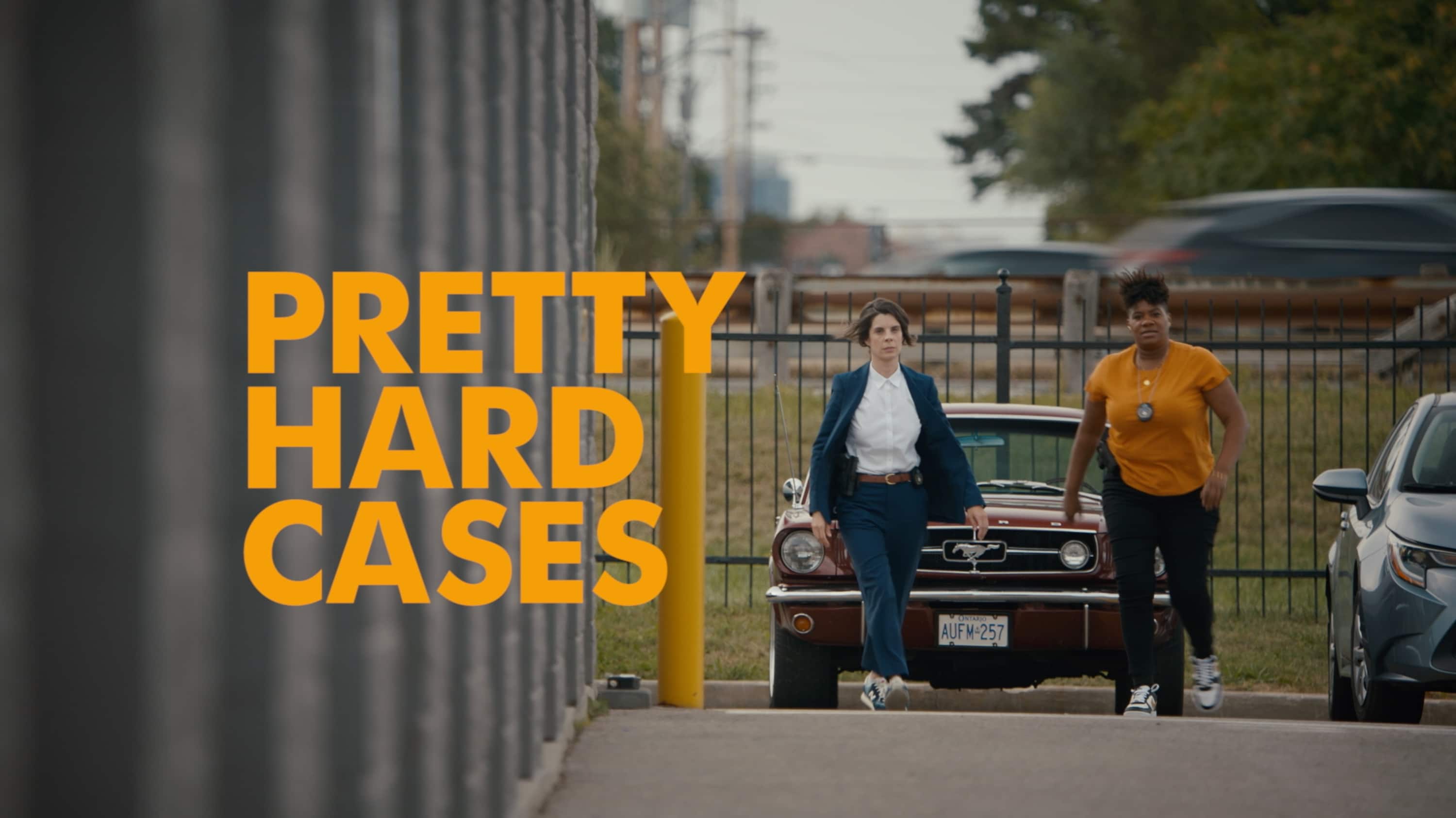 1 month ago
0:59
This action-packed series follows Guns and Gangs detective, Samantha (MacNeill) and Narcotics detective, Kelly (Moore), who by day are true action heroes in their own particular way. 0:59