Fans of Schitt’s Creek have been waiting for a holiday special ever since Dan Levy teased one on Instagram this past April, and now he’s finally ready to deliver his gift, Merry Christmas, Johnny Rose.

Fans of Schitt's Creek have been waiting for a holiday special ever since Dan Levy teased one on Instagram this past April, and now he's finally ready to deliver his gift, Merry Christmas, Johnny Rose.

"I knew that if we were going to do a holiday episode, that it had to be really special and tick all the boxes — and I didn't want to do it prematurely," says Levy, during a call from Los Angeles.

Levy, who serves as an executive producer of the series and stars as David, also wrote the holiday episode and co-directed it with Andrew Cividino.

"It felt like after people getting to know our characters and feel an affinity for them, we earned the ability to have this holiday special."

In the special, the family's patriarch, Johnny (played by Levy's real-life father, Eugene Levy) decides to throw a last-minute holiday party. He tasks his son David with decorating, and daughter Alexis (played by Annie Murphy) with arranging the guest list. Through it all, Johnny tries to remind his wife Moira (played by recent Order of Canada recipient Catherine O'Hara) of the opulent parties they threw before the family lost their wealth. 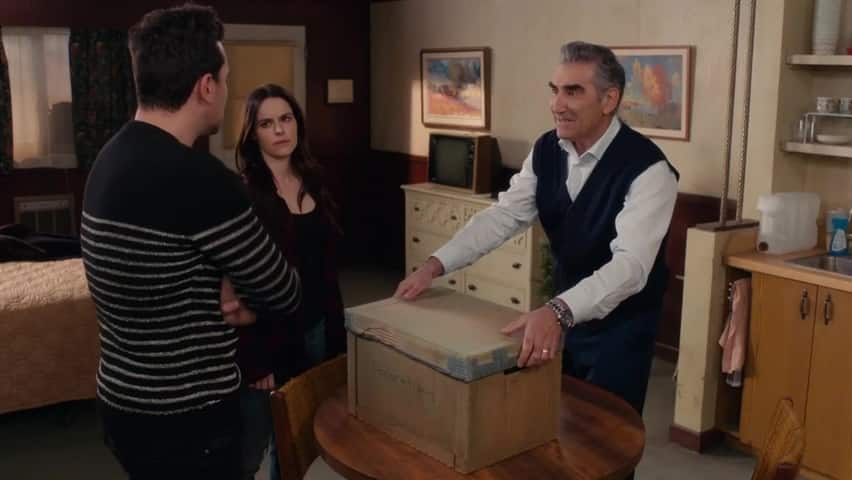 2 years agoVideo
0:42
You are hereby invited to spend the holidays in Schitt's Creek! 0:42

Of course, none of it works out — including a tree unveiling to rival Charlie Brown's: Johnny cuts the rope, the tree's branches unfold, then most of them fall to the ground.

"I'm not going to lie, the reactions from all of us were pretty organic. I don't think there was a lot of acting involved," says Levy.

"We only had three trees. Each and every time my dad went to unwrap that tree—there were a couple of takes I just couldn't keep it together."

In terms of continuity, the Schitt's Creek holiday special acts as a stand-alone episode in between the fourth and fifth season.

"I did want this to be an episode of the show that people could put on every holiday season and it would feel just as relevant, season after season."

"I'm really proud of it, there's some really beautiful performances in it and I think it's going to give everyone the warm fuzzies that they want this holiday season."

The Roses and the Levys have one thing in common for the holidays: both families celebrate Hanukkah and Christmas.

"My dad has really taken it upon himself to be the master of ceremonies for both holidays," says Levy.

"Come mid-December, usually around his birthday — which is December 17, he will start to ring-lead the holidays in a couple weeks of highly orchestrated, very specific, regulated holiday activities."

The success of Schitt's

Schitt's Creek is capping off a breakthrough 2018 with numerous appearances on year-end best-of lists from Esquire, Buzzfeed, the Daily Beast and more, as well as earning a nomination for Best Comedy from the Critics' Choice Awards. It was also named 2018 Show of the Year in Playback.

Levy is quick to distribute the kudos: "At the end of the day I'm incredibly proud of our team for making a world-class show. There's a lot of people that are involved in the success of this project and I'm just thrilled for all of them."

For now, Levy is ready for a well deserved break, starting his holidays in Los Angeles, and ending them with an epic trip.

For New Year's Eve, "I'm going to go see Celine Dion in Vegas and then I'm going to drive to the Grand Canyon," he says.

"I need to get my Canadian fix somehow, and it's coming this year in the wonderful presence of Celine Dion, Canadian royalty." 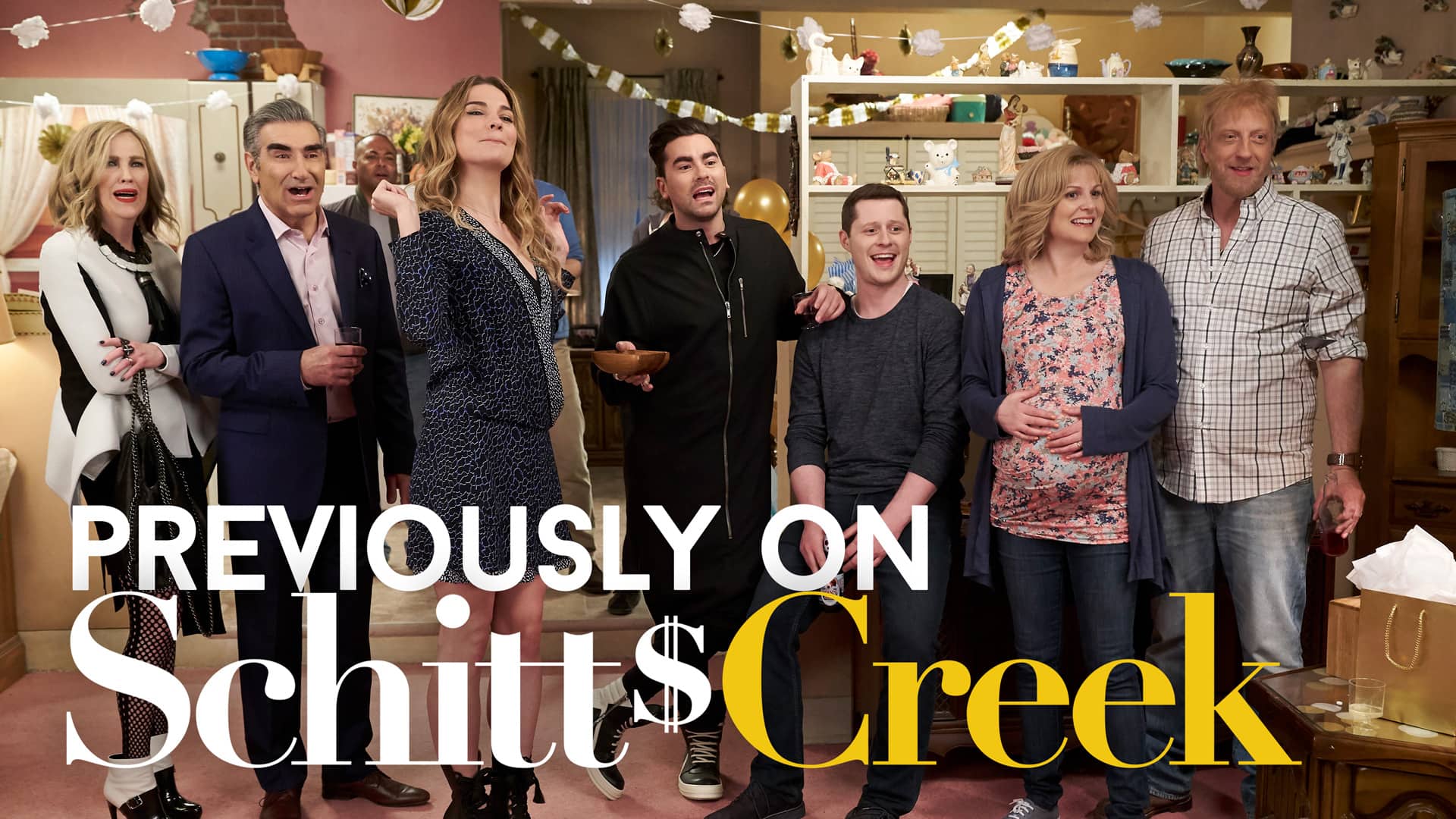 2 years agoVideo
3:56
In case you haven't been able to re-visit Schitt's Creek before the new season, here's what happened. 3:56

Tara Thorne is the arts editor of The Coast, appears weekly on CBC Radio in Halifax, Saint John and Moncton, co-hosts the podcast 25 for 25 and fronts the rock band Dance Movie.