Meet eight ambitious young adults giving back to their community and acting as powerful spokespeople for Muslim youth.

In the CBC Docs POV, 14 and Muslim we meet a group of young teens excited to embark on the next phase of their lives, high school, after attending an all-Muslim elementary school. It’s a monumental time for anyone, but these youngsters will face the additional challenge of going to school with teens from a wide variety of backgrounds and religions for the very first time.

Meet eight Muslims who have already successfully made the transition to adulthood and have found meaningful ways to give back to their community and act as powerful spokespeople for Muslim youth.

Deen Squad’s Ghanaian Canadian Jae Deen and Lebanese Canadian Karter Zaher are putting the halal (or holy) in hip-hop. “It’s Islamic hip-hop. Because mainstream hip-hop is associated with violence, drugs, sex, nudity … the fact that we take these songs and we’re giving it a Muslim vibe, like an Islamic twist, people are a little shocked about it,” Kater Zaher told the Middle East Eye. 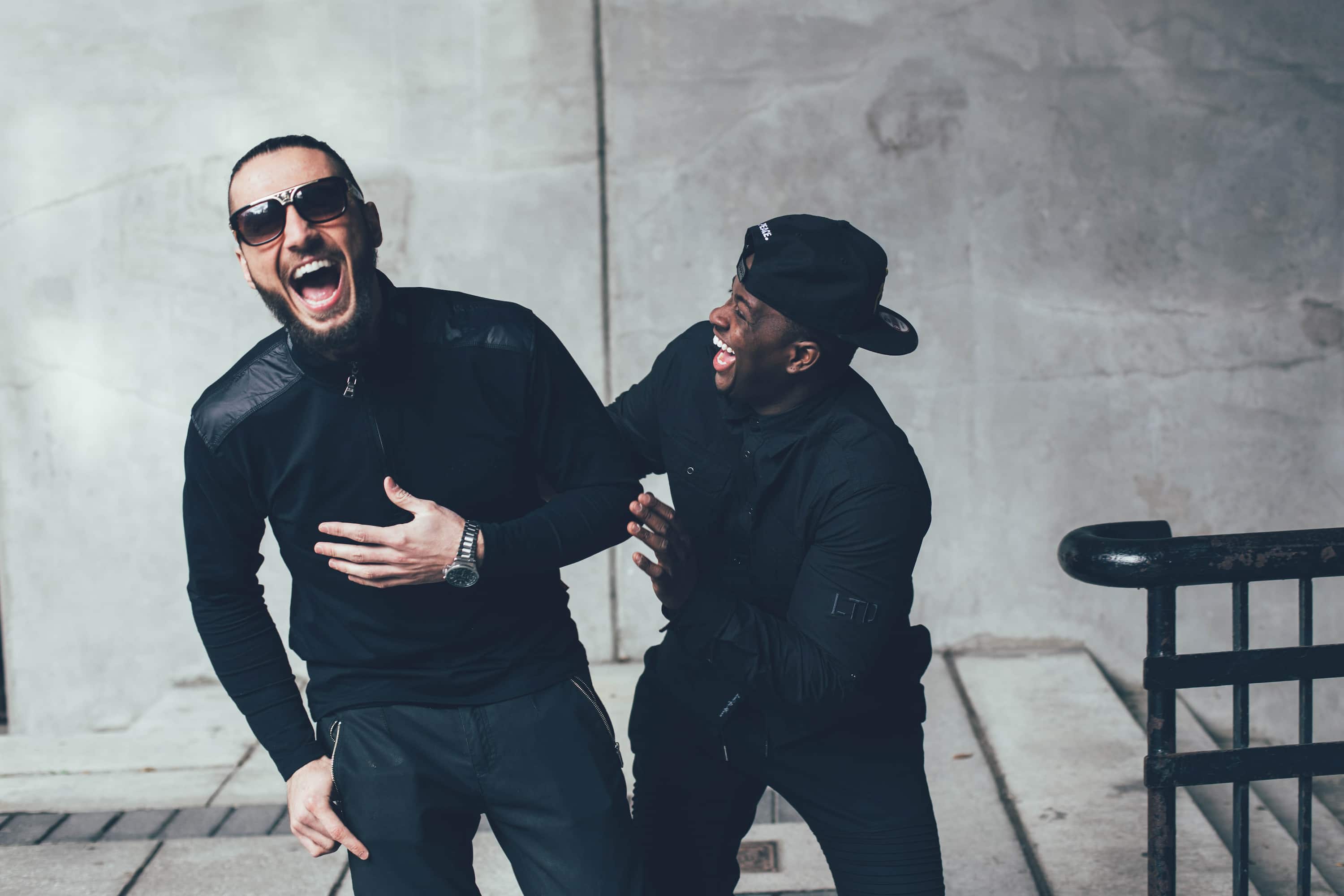 They hope their music will inspire Muslim youth to be proud of their religion and show another side of Islam to non-believers. “We want our brothers and sisters to coexist together. We want the Christians and the Jews and the Muslims to understand each other because the media portrays otherwise, and people think otherwise about our religion,” he says.

The group is currently touring worldwide and have recently shared the stage with Justin Bieber by doing the opening set for his concert in Dubai during his Middle East Visit of the Purpose Tour.

Nasra Adem is Black, queer, Muslim — and a spoken word poet from Edmonton where she was named the city’s second-ever Youth Poet Laureate in 2016. Born in Ethiopia, she spent her childhood in Ottawa but moved to Edmonton as a teen where she was surrounded by white people for the first time. 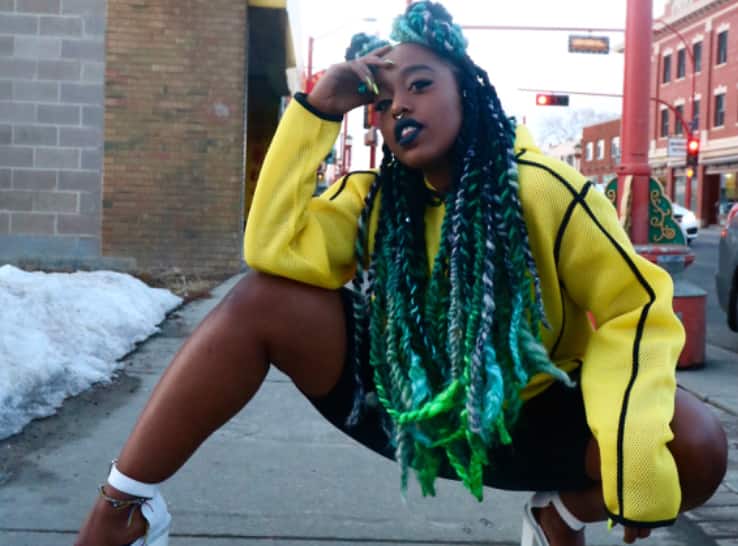 “My throat closed up,” Adem told CBC Radio’s The Doc Project. It was a huge culture shock, and it took four years before she found her footing and voice in the arts community there.

She now works in schools to help high school students connect with their identities through spoken word and slam poetry.

Adem is also a community activist and is currently the director of Sister To Sister an artist’s collective for and by women of colour. 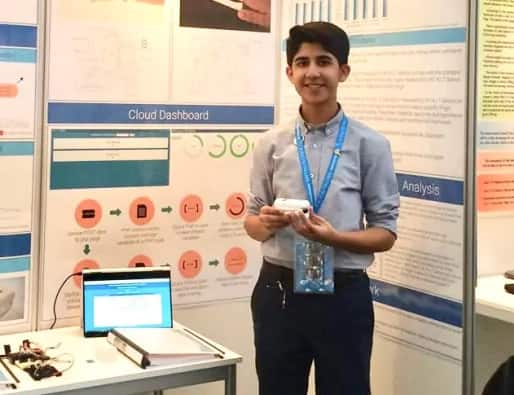 His invention, a wearable finger sensor that measures a patient’s vital signs, took home top prize at the European Union Contest for Young Scientists in October 2017. It could be an efficient way for responders, paramedics and hospitals to monitor blood pressure, heart rate and temperature in waiting rooms where they’re not closely watched. "I love looking at problems the world has and trying to find solutions to those as that's what basically every scientist tries to do," he told CBC News.

He’s already secured an entrance scholarship to Western University, where he plans to go into medicine.

Seher Shafiq is passionate about politics and part of the team at The Canadian-Muslim Vote, an organization that educates the community about why it’s important to be involved in Canada’s political system. She played a role in the Get-Out-The-Vote efforts during the last federal and Ontario provincial campaigns. 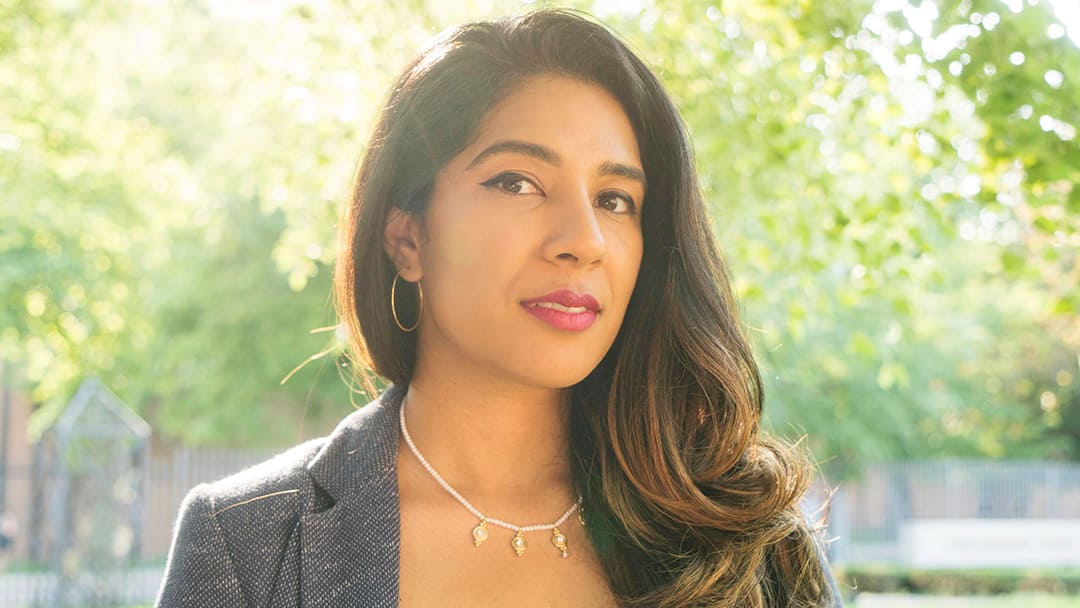 With a Masters from the Munk School of Global Affairs, Shafiq has also worked at Lifeline Syria, a group that works to settle Syrian refugees in Toronto. She’s a recognized public speaker and panellist on the issues of civic engagement and grassroots community building.

Reem Ahmed, who graduated from Ryerson University in Toronto as a biomedical engineer, moved to Canada from Egypt a decade ago. But she only recently found her true passion: cooking. Ahmed was never passionate about engineering, and after her son was born in 2016, she suffered from postpartum depression and turned to cooking as a way out.

A long-time fan of MasterChef Canada, Ahmed was chosen as the first hijabi contestant in 2018. “It was amazing, but at the same time, there’s a lot of pressure. You’re representing Muslims, women who wear hijabs and that’s a huge responsibility,” she told Ryerson’s The Eyeopener. 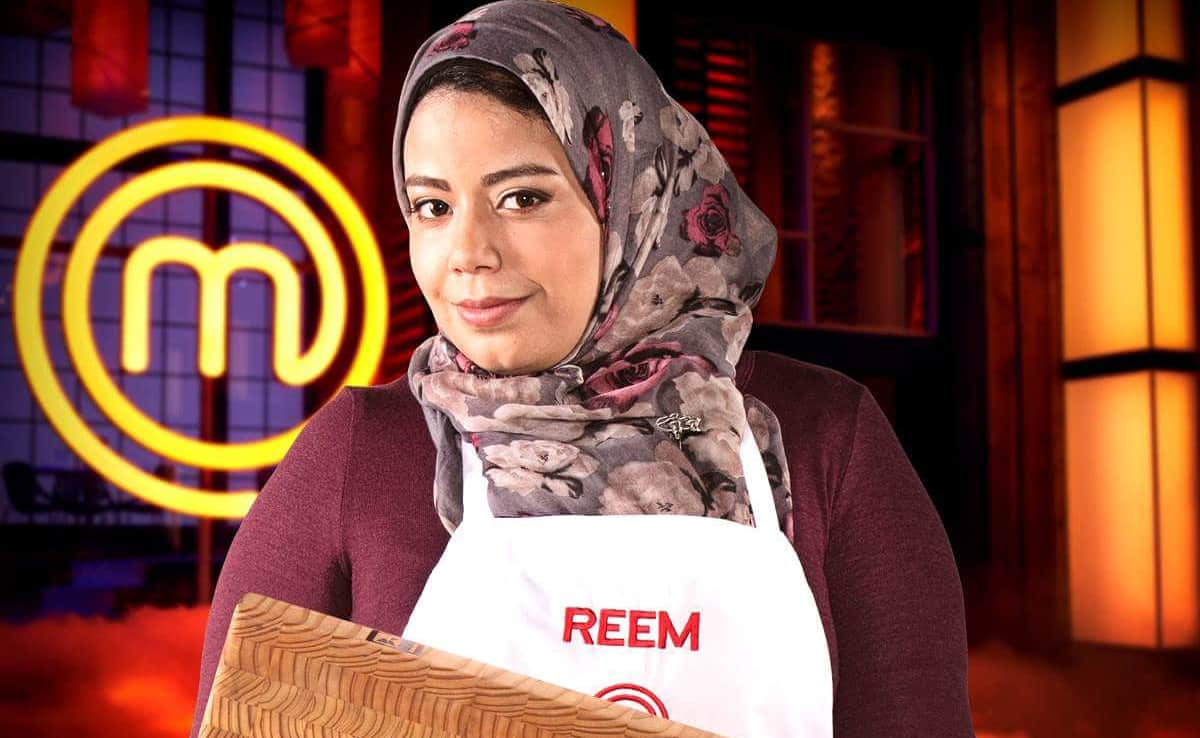 Although she was eliminated from the show, Ahmed dreams of opening her own Egyptian restaurant using her grandmother’s recipes which influence her dishes and is currently making quick cooking recipe videos.

Mustafa The Poet has been a well-known member of Toronto's slam poetry scene since he was a teen, reciting verse about Toronto’s Regent Park where he grew up.

He told CBC’s Metro Morning that he was inspired by Muslim boxer Muhammed Ali, who was also a celebrated musician, singer and poet. “He was the embodiment of strength, so I feel like we all lost of a bit of strength in that moment,” so Mustafa honoured his hero with a poem after he heard about his death.

Mustafa is going places fast. He was featured on “Attention” a song from the international superstar, The Weeknd’s latest album, Starboy.

YouTube sensation Zaid Ali is a Pakistani-Canadian comedian who says he likes to make people smile. Born in Waterloo, Ontario, he’s become hugely popular (he has over 5 million Facebook fans) for his side-splitting videos about life as a South-Asian living in Canada. Proud of his culture, his videos feature him speaking (mostly)  in Urdu, and there isn’t a young Pakistani who hasn’t heard of him. 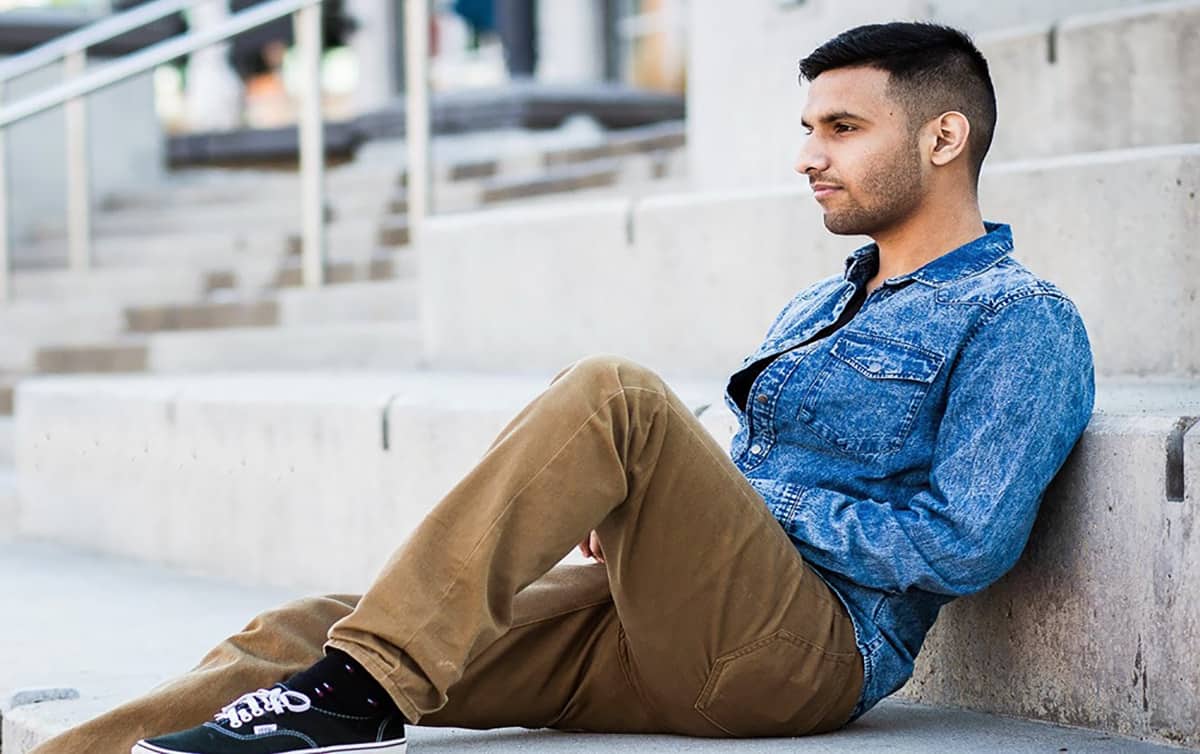 An award-winning artist and poet from Toronto, Timaj Garad uses theatre to bring stories to life. Her work is autobiographical, told from the perspective of a black, Muslim, Ethiopian woman who moved to Scarborough in the 90s.

“I marched to the beat of my own drum,” she told MuslimLink.ca, “which unfairly landed me the label of ‘troublemaker’ in most institutions I frequented as a child including schools and Saturday Islamic classes at the masjid.” Along the way, Garad has tried on many careers, from social services to culinary arts and translator. But now, she’s realized her lifelong interest in performing — and uses it to educate young Black Muslim women. “We experience the violence of anti-black racism, Islamophobia, and misogyny in ways that are intersectional, informed by all of our identities, yet we rarely see representations that give voice to these experiences.” 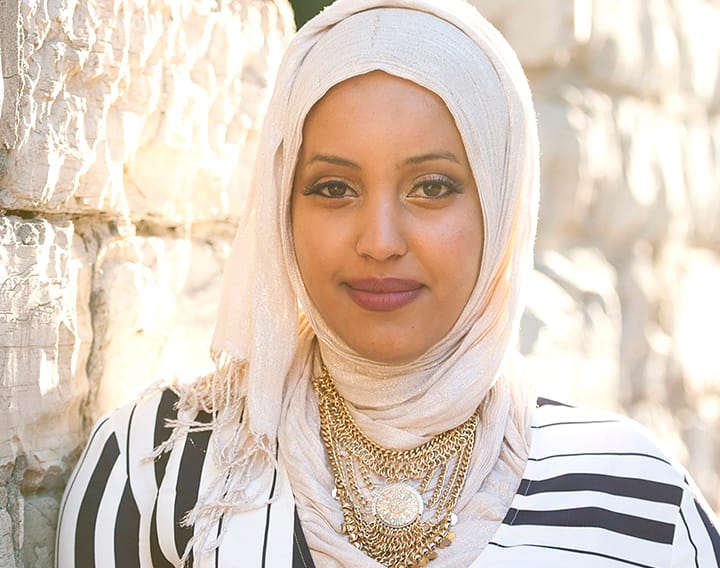 She’s recently worked with Stellar (R)evolution, an eight-part workshop series for youth aged 18-25 that uses arts to explore identity. Garad has been awarded the City of Waterloo’s Top 40 under 40 award for her arts contributions and is working on a debut album and a poetry collection which will be released in 2019.