Why Park-Ex, A Working Class Neighbourhood in Montreal, Is Such A Special Place

In between the big streets, Park Ex is an intense little village, packed with families. Familiarity happens quickly here. No one just walks through Park Ex on the way somewhere, because it's not on the way to anywhere. Tony Asimakopoulos, Director, Return to Park Ex

I started making Return to Park Ex on a sudden, urgent impulse to preserve something precious and important about Montreal which I knew would disappear sooner or later. I feared sooner, and sadly, I was right.

Park Ex is the community nestled in the west end of the Villeray-St Michel-Park Extension borough. In between the big streets, it's an intense little village, packed with families. Familiarity happens quickly here. No one just walks through Park Ex on the way somewhere, because it's not on the way to anywhere. It’s landlocked by two railroads, a highway, and a fence with the affluent Town of Mont-Royal neighbourhood. If you're walking around Park Ex,  either visiting someone, you work here, or you're looking for cheap food...but most likely, you live here.

Two of the rare and iconic Park Ex places you’ll see in the film no longer exist, destroyed by two separate fires less than a year apart, while I was making the film. One was a church, the other a bar. Both were sanctuaries in their own way — living roots of the last great wave of Greek immigrants to come to Montreal. The slower disappearance is that of the last central working-class, multi-ethnic, primarily residential immigrant neighbourhood in the heart of Montreal.

Some of the old Greek community is still here.  Greeks who left continue to gather from all corners of Montreal to Park Ex, where their childhood churches still hold candlelight processions every Easter, parades every March, and street festivals every August. But the Greeks are just haunting the place now…it's an echo,  albeit a comforting one for me.

My parents met and married here. They made me here. But they didn't stay long. Their apartment on Stuart Avenue was advertised by the Jewish landlord in 1968 as "lucky, everyone who lives here gets married!" My uncle Pericli, my mom's younger brother, also met his wife in that apartment, after my parents moved out. I tried to locate the place today — to see if it's still lucky — but my ageing mom and uncle can't for the life of them remember the exact address. 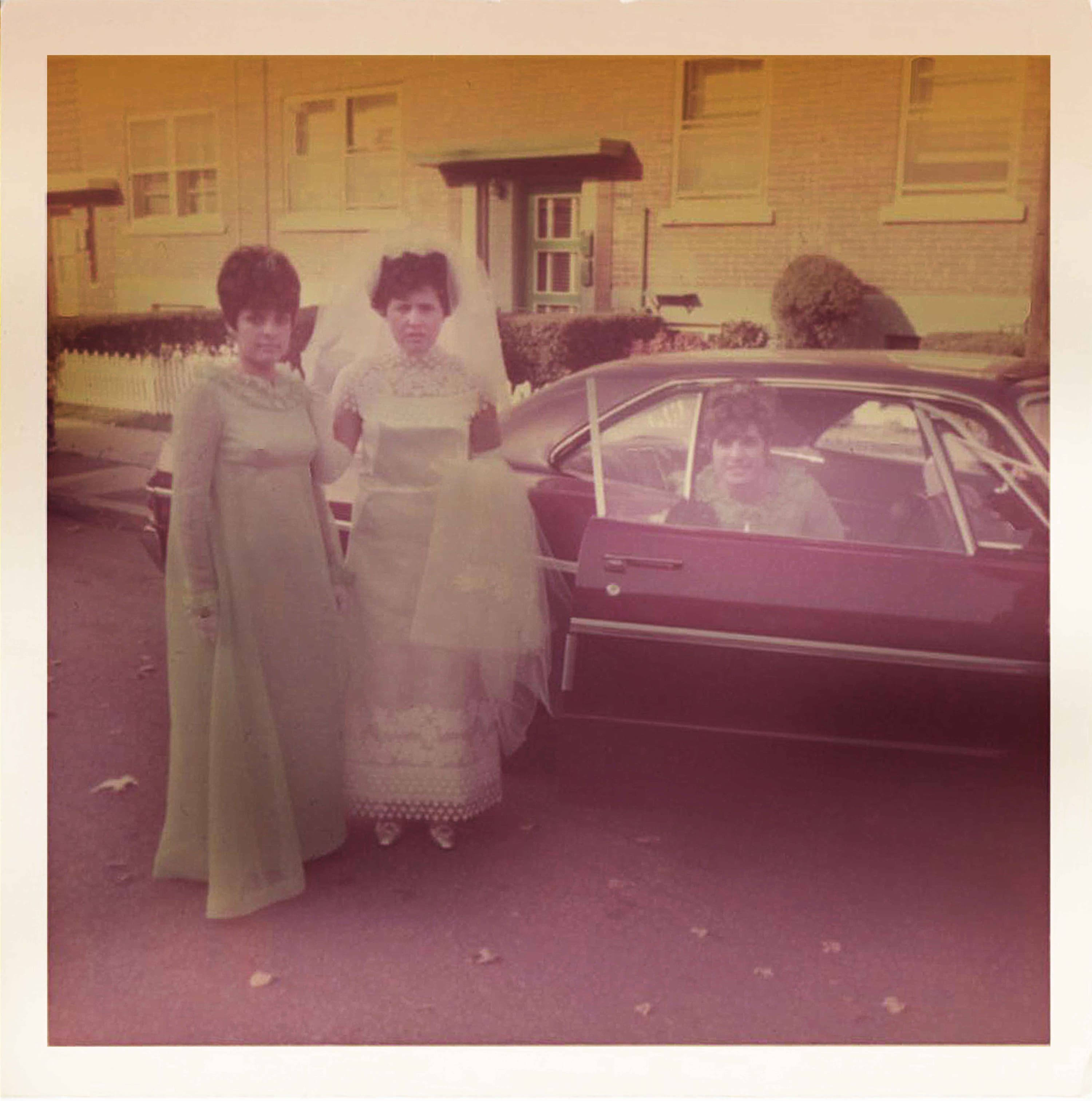 Filmmaker Tony Asimakopoulos' mother in front of the lucky apartment.

My family's journey mirrored many others’. They came up Montreal's immigrant corridor — up The Main and Park Avenue to "Park Extension," the neighbourhood that got its name for literally being an "extension" of Park Avenue. Park Ex was a place where people could afford a yard and some space to raise kids, whereas Park Avenue was mostly large apartments. Not many newcomers could afford to put a down payment on a triplex in the Park Avenue area.

By the late 60s,  a single family in Park Ex could buy a cheap duplex and pay the mortgage with one tenant. I'm told we owe this to the Italians — they developed the neighbourhood intensely as they passed through in the 50s and 60s, creating many duplexes, triplexes, and “six-plexes,” so that the owner’s family could live in one or two apartments and the tenant income would cover all expenses, allowing the owners to bank most of their work income. The Greeks walked into and bought the place up by the late 70s.

The 70s & 80s were the Greek a-go-go years for Park Ex, but that didn’t last long. There was a natural immigrant migration to the suburbs, but also, turbulent political changes. The Parti Quebecois came to power in 1978, a referendum on Quebec separation followed in '81, and Montreal suffered an exodus of English-speaking people and their money, along with many big companies. The economy began a downturn that would last into the late 1990s. Many of Park Ex’s Greeks started unloading homes, rental blocks and businesses cheap to the incoming South Asian diaspora, and investing in cheaper suburban property instead.  But to this day, many suburban Greeks regret that exodus and mass sell-off: Park Ex is worth a lot more today, and older Greeks miss living close to each other.

Through all this, for many reasons (including an incorrect perception of the neighbourhood as a crime-infested ethnic ghetto), Park Ex has remained a "poor" (read: affordable) working class neighbourhood. It may be low-income statistically, but that’s in large part due to the fact that people don’t stay - it serves as a hub, a “transit camp” as one man put it. What it has plenty of is the energy and spirit of a place where people start out or start over. New immigrants still pouring into Park Ex. It’s a place of new beginnings, and the "old world" is more alive and in your face than anywhere else I have ever been.

SCENE FROM THE FILM: Holy Saturday at Easter in Park Ex is my favourite time

In the small, inner core: Greeks, Italians, Eastern Europeans, Haitians, Chinese and working-class Irish, English, and French. In the outer, newer layers: Latino, African (mostly Ghanaian), and the largest most visible group that Park Ex is currently identified with: South Asians — Indians, Pakistanis, Sri Lankans, Bangladeshis. Today, it's mostly the South Asian restaurants that bring white people from outside the neighbourhood to Jean Talon and Jarry Street in throngs.

It's a rough and tumble transitional place, in between worlds — restless, alive, driven, but not in a downtown or industrial kind of way. And it's the warmest, homiest, most intimate place I have ever lived.  Half my neighbours are old ethnics who've lived here for at least 50 years, and they really care about the place. Their nosiness is reassuring. And others like me - born here in Canada, my age and much younger  – have stumbled into Park Ex and found what they always felt they were missing: a place they feel like calling home.