Trying to be a “Perfect Muslim” in an Islamophobic World

In order to support Muslim teens, we need to embrace their complexity. Sidrah Maysoon Ahmad 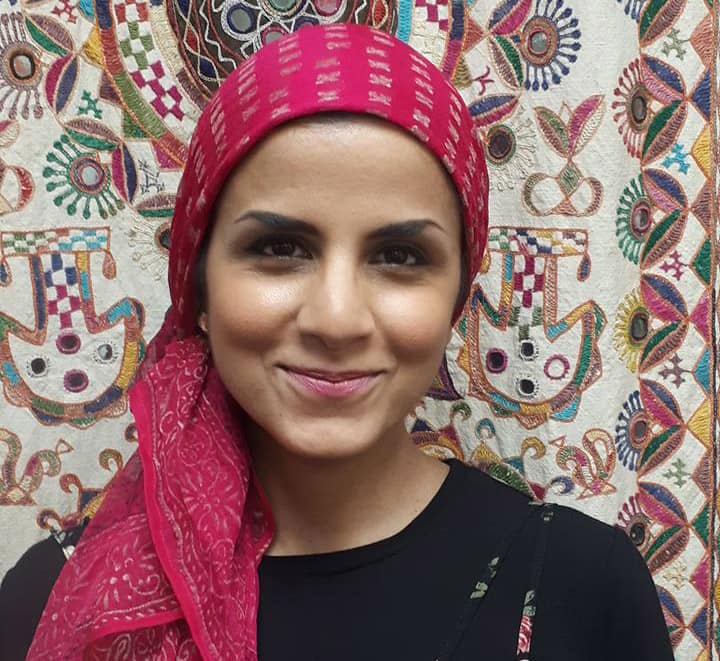 “You’d be prettier without that thing on your head.”

I didn’t have a crush on the blonde-haired boy in Grade 8 who said this to me. I much preferred his funnier – and cuter – best friend. But the fact that he was a whole year older than me, and part of a group of the coolest kids in our middle school in Toronto, made his words sting.

We both played trumpet and had a similar part to master, so we went outside into the hallway to practice together. I guess he felt that being one-on-one with me – our chairs close together, sharing a music stand, trumpets in our laps – was a private moment. He could he express how he truly felt... about my appearance.  About my hijab.

I didn’t go out into the hallway with my trumpet looking for his approval, but when he said that, I felt like I had lost something. I felt shame.

The documentary 14 & Muslim looks at the struggles of Muslim teens as they transition from Islamic school to a public school for the first time. Unlike the students in the documentary, I didn’t go through this transition: I attended public school from Kindergarten onwards. I was accustomed to standing out when I started wearing hijab in Grade 6, up until I finished high school in 2001.

Even though it was a pre-9/11 world, Islamophobia was still a powerful force in my life. Classmates and sometimes even teachers made comments and assumptions about me: that I was oppressed, that I was weak, that I was different. That’s one of the hallmarks of Islamophobia: the assumption that Muslims are all the same, and can be reduced to a simple set of negative stereotypes. So I became used to fighting a constant battle: I know I stand out, I know what stereotypes they have about me, and I need to prove them wrong.

The pressure to be an ‘ultra-Muslim’

Like the youth in 14 & Muslim, I worried about bad influences and whether I’d be able to stay true to my values when I started high school, especially since I’d heard so many stories about the corrupting influence of those years. It felt like I was walking into a storm: I needed to grip the branches of Islam tightly in order to stay steady. Or else I would fly away.

Looking back, I wish someone had told me that there was room for all of it – for all of me. That there’s a bigger tent of humanity that I belong to.

My struggle to “stay on the right path” in high school had mixed results. I stopped playing a musical instrument because I thought that would make me a better Muslim. But I also skipped class and tried smoking – wearing hijab and all – because I was desperate to be cool. I fasted during Ramadan and went to a nearby mosque at lunchtime to pray and read the Quran. But I also got into rock bands like Nirvana and Rage Against the Machine and had a crush on a high school senior who talked to me about punk rock and pierced his own ear with a safety pin.

Looking back, I wish someone had told me that there was room for all of it – for all of me. That there’s a bigger tent of humanity that I belong to. Too often, Muslim youth, especially young women and girls, have so much pressure placed on them to be perfect ultra-Muslims – especially in times of rising Islamophobia. Stay true to the faith! Disprove Islamophobia! Get amazing grades! Challenge stereotypes! Hold on to the straight path!

These are all noble goals, but it doesn’t leave a lot of room for us to breathe.

Muslim youth need to be allowed to be themselves

Over the past several years, I’ve worked with a lot of Muslim youth as a youth worker, educator and mentor. What I have learned from their stories is that the pressure to be perfect can lead to “all-or-nothing” thinking. Some youth think that since they aren’t able to live up to the expectations of being ultra-Muslims, there’s no point in trying to seek any goodness for themselves at all.

If they’ve secretly dated someone and been abused by that person, well, then it’s their fault for being a “bad Muslim” or a “hoejabi” and dating them in the first place. Or if they develop an addiction to alcohol, well, it’s their fault because they shouldn’t have tried drinking to begin with. Or if they are queer or trans, that means they’re “bad” and need to change, or else they can’t be Muslim anymore.

When I talk to Muslim high school students today, I try to remind them that it's not their job to disprove stereotypes by being “perfect”. They are not ambassadors for a religion of over 1 billion people. They should feel free to be themselves — complex and human.

They are not ambassadors for a religion of over 1 billion people. They should feel free to be themselves — complex and human.

After the Grade 8 boy told me that I would be prettier without my hijab, I secretly wished that he would find me beautiful someday. That all his friends would think so. I tried wearing lipstick and cooler clothes to impress them. I awkwardly tried flirting with them, with some measure of success. Did that make me a “bad Muslim”?  Or was I just a girl trying to make the best of all the pressure she was facing under the male gaze?

I am part of The Rivers of Hope Collective, an organization of young Muslims dedicated to ending Islamophobia through education and arts. We recently developed an online survey for GTA high schools. Students and community members reported that Islamophobic bullying is a major problem, and in some cases, even the teacher is complicit in treating Muslim students poorly. The next step is to create a workshop and bring it into classrooms.

Even though we are a team of Muslim activists who are doing this work, teachers and community members shouldn’t assume that it’s up to Muslims to solve the problem of Islamophobia in schools. It will take all of us to bring about change. Teachers and administrators should dedicate time and resources towards obtaining training in appropriate prevention and intervention work.

If Muslim youth want to be part of anti-Islamophobia work in their schools, that’s great. But they shouldn’t feel pressured to take it on because no one else seems to care. They should also have the option of spending their free time doing things they enjoy, figuring out who they are, and embracing all of their complexity. They should feel free to pursue whatever extra-curricular activities make their spirits soar, whether it be activism for a better world, or playing trumpet in the school band.