Hobbyists believe they are better representatives of Indigenous peoples, taking and using whatever they want for self-gratification. Red Haircrow, Filmmaker 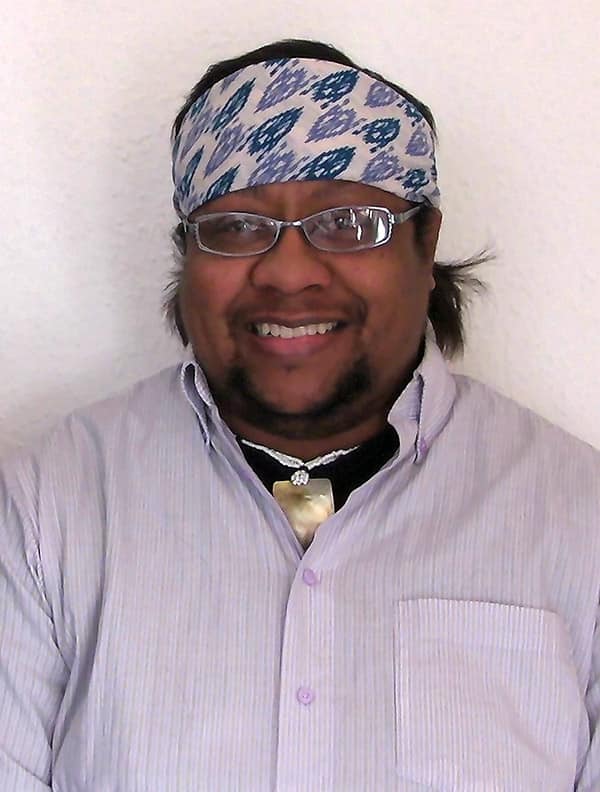 Years ago, I stopped taking interviews on the topic of “Indian hobbyism” — the practice of dressing up and pretending to be an imagined version of Native North Americans. I spent nearly 15 years living and working in Germany and had written against the practice on my blog “Songs of the Universal Vagabond” where I shared my experiences as a person of colour with Indigenous heritage. I received numerous interview requests from some of the largest media outlets in the country, but they never got the story right.

Much like the CBC documentary Searching for Winnetou, they had colourful photos of proudly smiling or stereotypically stoic white German people in costumes, many in “red face” wearing Plains-style headdresses and attempted to explain why they choose to behave this way. My objections to cultural appropriation barely made the final cut. No one ever talked about the effects on Indigenous people.

Germany has a large number of Indigenous North Americans, most who remained after they were stationed there as military personnel. Yet we only ever hear about the hobbyists or the Indigenous there to sell products and perform ceremonies because they heard about the “Indian craze” and want to get on the European “pow-wow” trail. Not ones that live and work there full-time.

This trauma leads to depression, anxiety and frustration because Indigenous living in Europe can’t simply be themselves.

The negative impacts of stereotyping

Nobody has acknowledged the widespread racial stereotyping that is so pervasive in German society. If you do not fit the expected appearance and behaviour of the “Native” stereotype, most Germans are quick to lose interest. Even if you fit the stereotype, you are expected to behave like they believe “real Indians” do and provide information about indigenous beliefs and traditions upon request.

Visiting Indigenous invited to perform (only traditional regalia and songs!) are treated like royalty while resident Indigenous in jeans and t-shirts with cropped hair, are either un-recognized as Indigenous or scorned by hobbyists who believe they alone can recognize authentic indigeneity.

Indigenous North Americans who live abroad often deal with rejection from relatives who only support or recognize those who choose to live in North America. They report negative experiences such as abandonment, disrespect of their heritage and lack of cultural support. This trauma leads to depression, anxiety and frustration because Indigenous living in Europe can’t simply be themselves.

Some Germans are culturally sensitive

In the midst of this racism, there are positive stories that we don’t hear about either. There are Germans who have learned better ways to appreciate and respect Indigenous cultures. Some have stopped dressing up and practice culturally responsible empathy. They recognize the part that white people have played in the exploitation of Indigenous people and want to stop it in all forms. They use their white privilege to improve intercultural understanding and work with Indigenous peoples on Indigenous terms (for example, the Native American Association of Germany).

Not all interest in Indigenous cultures and peoples is exploitative. Even though I am against cultural appropriation, especially in the form of hobbyism, I understand there is a wide spectrum of white Germans who become hobbyists. Some do so out of a desire to escape the capitalistic individualism of western societies and some to make a deeper, healthier connection to the environment.

These hobbyists believe they are caretakers and better representatives of traditional Indigenous peoples and items, taking and using whatever they want for self-gratification.

Appropriation is always a problem

But their methods are problematic. Hobbyists are a small part of the much larger issue of cultural appropriation and white supremacy. This includes professionals like museum directors, curators and collectors who don’t wear costumes but make decisions about things that are important to Indigenous peoples. These hobbyists believe they are caretakers and better representatives of traditional Indigenous peoples and items, taking and using whatever they want for self-gratification. Like American sports teams and their racist mascots, the claim remains they are doing it just to honour native peoples. It’s the 2018 version of colonialism.

Red Haircrow is a writer, educator, and filmmaker of Chiricahua Apache, Cherokee and African American heritage who holds a BSc in Psychology, and counsels selectively.