A couple of years ago, I helped my 85-year-old mum scale down her home in anticipation of the next decade. We did it while my dad was out of town.

Much like Kathleen, Barb and Bill, four seniors on a similar mission who I follow in the film, The Art of Downsizing, this was something that had been churning in my mom’s mind for some time. We dropped off bags at the Salvation Army and cleaned out the garage, giving extra saucepans and cutlery to a community charity who would give them to a family of recently arrived refugees. 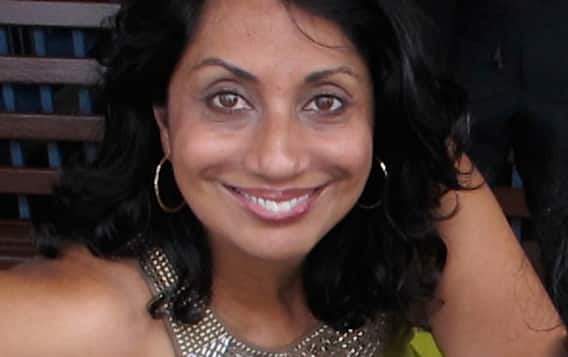 I brought to the process, as I do to this film, my experience producing a 40-episode lifestyle series on decluttering called Neat. One of the things I learned while making the series is that no matter how smoothly things seem to be going, there’s always a ‘hot spot’ that can stop you in your tracks.

Our hot spot was my mum’s harmonium. It brought back memories of my family’s migration from India to Kenya before branching out across the U.K., Germany, the U.S. and Canada. The songs played on that harmonium were our legacy. They were a soundtrack that hadn’t been recorded. The harmonium carried our history and tied us all together. Losing it would be like losing a family member. At the same time, we knew my mum could never play the harmonium again. Giving it away to a good home was the right thing to do.

We found a young man from my mum’s community who plays fusion music; combining songs from my grandmother’s generation with modern sounds to create new compositions. He even knew a song from Zanzibar that combined Gujurati and Swahili. Listen to an example of his music.

The young man came over with his dad, who was waiting in the car. My mom insisted, they came in for tea and snacks, so they did. They didn’t rush. They took their time. In Kenya and in India, there’s a lot of respect for older people. The young man and his father’s respect for my mum and for the history of this particular harmonium was heartwarming.

This is the sense of history and emotion that I set out to capture when making the Art of Downsizing. The characters I met were strong, independent people with a history of standing their ground in different ways.

They all had the strength to feel and pass through vulnerability.

Watch The Art of Downsizing.