Arsham Parsi is the executive director at the International Railroad for Queer Refugees, an organization that provides guidance, food and shelter to LGBTQ refugees living in Turkey who are awaiting resettlement in another country. He has lived in Toronto’s Gay Village for more than 15 years.

I am a gay man who was born and raised in Iran. None of these identities are mine by choice. When I discovered that I was different from other men, and not interested in girls, I was terrified because I knew that I could be killed for who I am.

So when I heard about Toronto serial killer Bruce McArthur and found out his victims were mostly from the Middle East (a story told Village of the Missing, a CBC Docs POV film), I was not surprised. Many LGBTQ refugee newcomers would have been thrilled to hear, “Oh, you are my type; I love Middle Eastern guys” from someone like McArthur who represented himself as a kind and caring member of the Canadian community.

Finally, a bright future had arrived, they would think. When in reality, they were still at great risk — targets for a predator looking for vulnerable individuals, like a wolf watching for abandoned sheep.

Life for LGBTQ people in Iran

In Iran, homosexuality can be punishable by death according to Sharia law, which was adopted when the Shah was overthrown after the Islamic revolution in 1979. During the Shah’s time, homosexuality was a “don’t ask, don’t tell” issue, but it was tolerated by the regime. Now, the only disagreement among Islamic clergy regarding LGBTQ people is how to kill them.

I made the choice to flee when I found out the Iranian authorities were looking for me because of my work helping oppressed and vulnerable LGBTQ people. At the time, I was establishing a network of around 4,000 Iranian LGBTQ people. I founded the Persian Gay and Lesbian Organization, and we had at least one representative from each province of Iran. I created a mailing list to send members daily updates and news about the LGBTQ movement around the world in the hopes that we could learn how to bring about change in Iran. 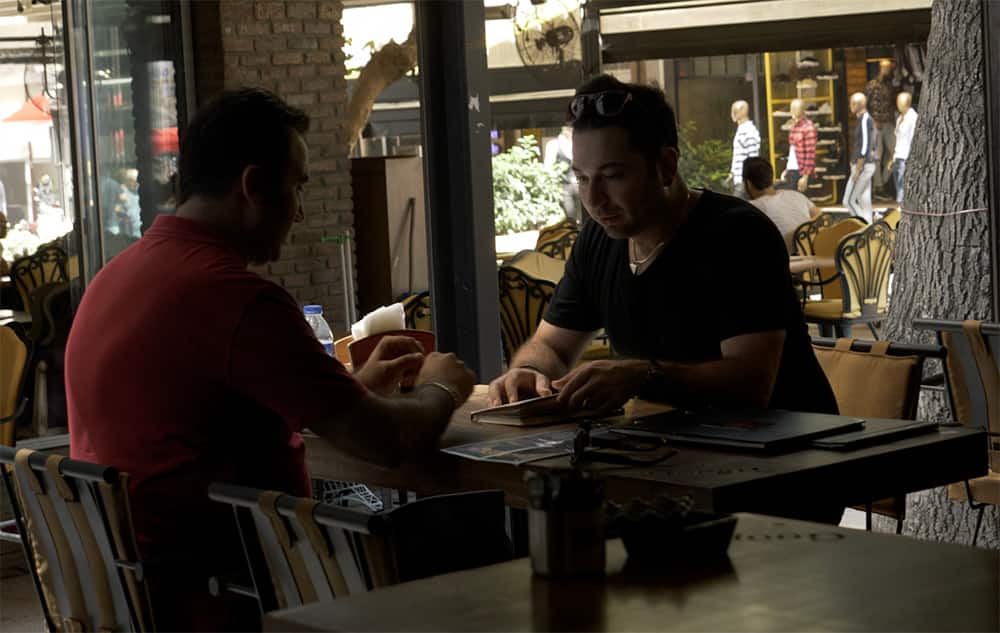 Arsham Parsi still travels to Turkey frequently to meet with refugees who are looking to live elsewhere.

I left Iran for Turkey, where I applied for asylum with the United Nations High Commissioner for Refugees. Surviving as a refugee with no financial and emotional support in Kayseri — in one of the most religious and homophobic cities in Turkey — was one of the most difficult times in my life.

A life in limbo in Canada

Canada gave me a second chance at life. I was able to openly help my LGBTQ brothers and sisters and published a memoir, Exiled For Love. I began to talk to the media about the plight of not only Iranian LGBTQ people but the Middle Eastern LGBTQ community at large.

But it was not the end of my problems. After my departure to Canada, my family became the Iranian regime’s next target. They had to leave their entire lives behind because of my activism. They supported my work and never blamed me for this turn of events, and have now joined me here.

I also found myself in a strange paradox. I wasn’t accepted for who I really was in Canada either. I am not white. I am not black. Eventually, I came to find out that I am not even properly “brown.” When people talked about “brown people” in Canada, I noticed they were mostly referring to people from South Asia or Latin America. But I’m from the Middle East — the middle of everything and still living in the margins.

As I worked to ease the transition for those who would come after me, I sought funding and recognition for IRQR. At times, I was labelled “Iranian gay” and then, at other times, told not to mention anything about my sexual orientation. With every step forward, a new roadblock always seemed to arise, and I didn’t understand the rules of the game.

Still not ‘out and proud’ and still vulnerable

LGBTQ human rights activism is a matter of life and death. It is not a job and it is not a hobby — it is the right thing to do. Every day I ask myself: What have we done in the last 10 years to make Canadian society more inclusive for LGBTQ newcomers so that they feel at home in their new communities?

LGBTQ refugees face serious obstacles such as limited access to employment, housing and particularly mental health services when they arrive in Canada. Many of us have experienced trauma during our years of waiting and are in need of counselling. But there’s a long wait list for psychotherapists and Farsi interpreters. Finding a real friend to talk to is so hard that many LGBTQ refugee newcomers become suicidal.

Even living in a safe country like Canada, most LGBTQ refugees are not fully “out and proud.” Many of us continue to be in the closet when we interact with the Iranian community here because we cannot afford to lose the emotional support of our families in Iran if they were to find out about our sexual orientation.

These factors all leave us vulnerable to a predator like Bruce McArthur even after we’ve reached the relative safety of Canada.

We have a long way ahead of us. But I am an optimist. I always believe in the power of people to take care of each other. I know there are millions of noble individuals and many organizations who move mountains, every day, to give those who are oppressed and persecuted a new chance at life. I am always happy to find myself and my friends at IRQR at the centre of this effort, doing all we can to make it happen.

Human beings are members of a whole,
Increation of one essence and soul.

If one member is afflicted with pain,
Other members uneasy will remain.

Watch Village of the Missing on CBC Docs POV.