Only twenty-five percent survive past birth.

BC's Hogan twins, featured in Inseparable, certainly aren't the first or only craniopagus twins worldwide. Among the rarest of birth abnormalities, twins who are born joined at the head occurs at a rate of one in 2.5 million births. Only 25 per cent survive past birth. Here are a few noteworthy cases. 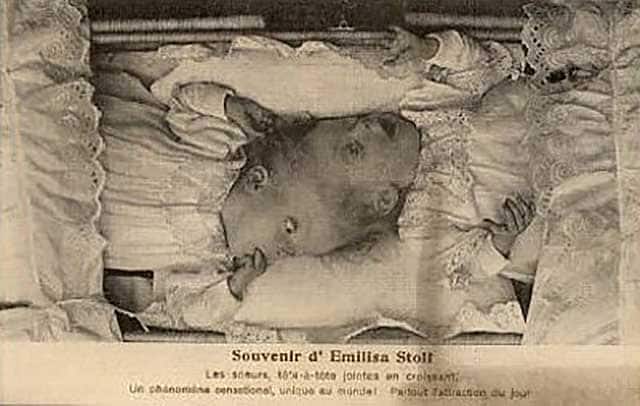 Known collectively as Emilisa, they were born in Vilbel, Germany on January 17, 1912, conjoined at the top of the head and facing opposite directions. Their parents exhibited them until their deaths in July of 1912. Their cause of death is unknown, but it’s likely that they were weakened by the stress of travelling and exhibition. 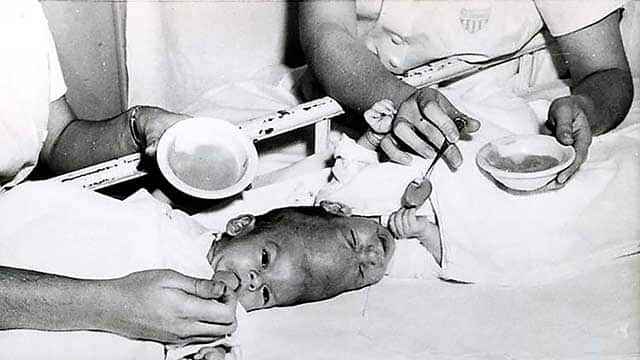 Rodney and Roger Brodie were born in Rock Island, Illinois in 1951 were the first craniopagus twins separated by surgery with a survivor. Months of tests performed at the University of Illinois determined that the twins had individual nervous systems and could be separated. In December 1952 a medical team led by neurosurgeon Dr Oscar Sugar attempted to separate the 15-month-old twins in a surgery that lasted 12 hours. During the operation, the doctors discovered that the twins shared the sagittal sinus, the canal that drains blood from the brain to the heart.

Both twins initially survived the surgery, but Roger Brodie did not regain consciousness and died 34 days later. Rodney Brodie recovered from the surgery but suffered from neurological damage. Because his skull was never closed, he wore a helmet until his death at age 11. 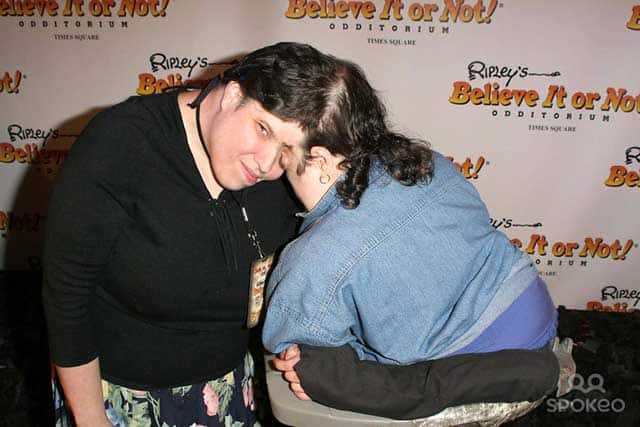 Lori and Dori were born in Pennsylvania in 1961. Lori is able-bodied but Dori has spina bifida and requires a special wheelchair. They are known to have very different personalities. Dori is a member of the Church of Jesus Christ of Latter-day Saints and a country singer, while Lori is a successful bowler. They live in a two-bedroom apartment, each maintaining her private space. Lori has had several boyfriends and was engaged to be married, but lost her partner in a motor accident.

In 2007, Dori decided to openly acknowledge that he had, from childhood, suffered from a gender identity disorder and had identified as male and changed his name to George.

They have done numerous TV documentaries, appearances on the Howard Stern show, and were featured at the Ripley’s Odditorium opening in New York City. At 56, They are the oldest known surviving craniopagus twins. 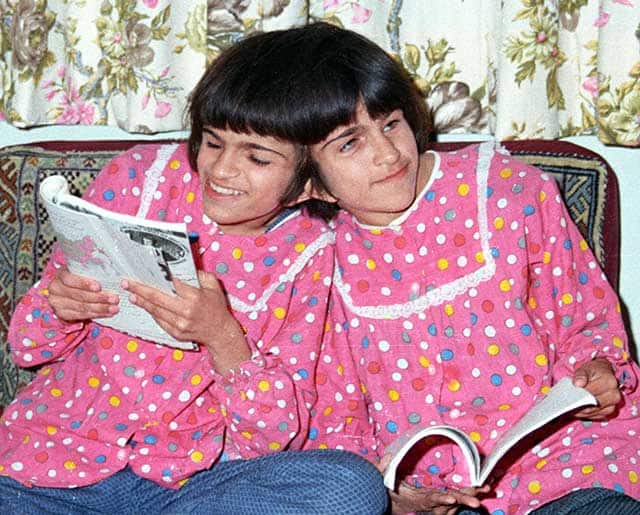 The Bijani sisters were born in Iran in 1974. They became lawyers by studying at Tehran University (even though Laleh wanted to go into journalism). As they grew older their interests diverged and the Bijani sisters wanted more than anything to be separated, even though the procedure would be extremely risky.

After being turned down by German doctors in the 90s, they convinced doctors in Singapore to give it a try in 2003. However, their brains were fused and a major vein was shared between them, leading to complications during separation and their deaths soon after. The sisters willed their property to blind and orphaned children.

Born in Lithuania in 1987, these twins shared a skull and some brain vasculature. In 1989, Dr Alexander Konovalov successfully separated them in Russia – the first time both twins survived without any brain damage. A few months later their bodies rejected the artificial skulls, so the girls were flown to Dallas, Texas where Dr Kenneth Salyer rebuilt them. The sisters returned to Lithuania with no brain damage. 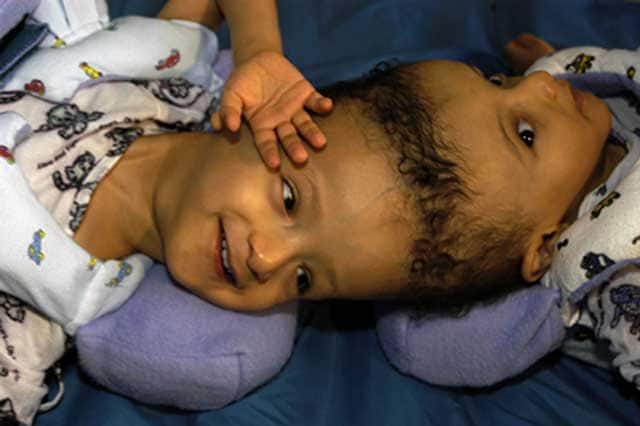 Ahmed and Mohamed were born in Egypt in 2001 joined at the top of the head. They were successfully separated when they were two years, four months old, in Dallas, Texas, in a 34-hour surgery.

Today they live in Egypt and are doing well. Their success story can be attributed to advances made in separation surgeries that preceded them.