How To Get Your Cat Ready for the Catwalk

If you’re best, people see your cat as an example of what a cat should be. Tips from cat show veteran Kim Langille. Devon Murphy

Her hair is perfect, freshly washed, blow-dried, and combed, and her eyes are shining. She’s ready to compete and is calm as the judge approaches. Then, he takes a feather and twitches it in front of her face, and she turns on her back, furry stomach exposed, and bats at it with her immaculate paws.

This is a regular scene at one of the Canadian Cat Association’s many cat shows, which the association has hosted since its inception in 1960.

Many are familiar with events like the Westminster Kennel Club Dog Show, but far fewer know there are just such competitions for the cat people among us. “[Most people] cannot wrap their heads around it!” said Kim Langille, who’s been showing her cats around the country for over 12 years. 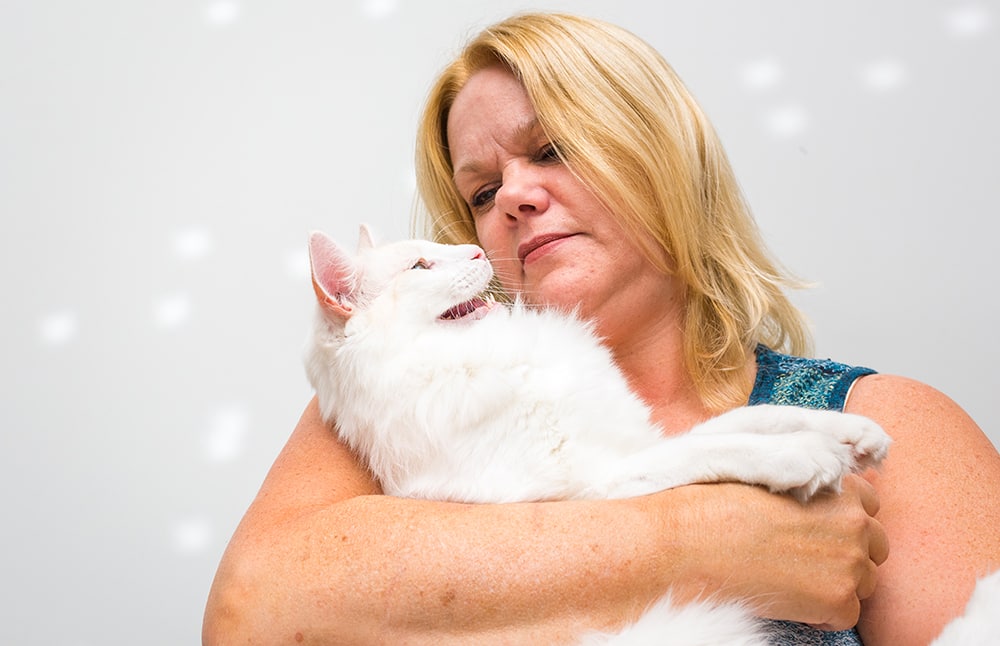 Langille is featured in the new CBC Docs POV film, Catwalk, with her Turkish Angora, Bobby, who has four national titles under his furry belt. She lives near Moncton, NB with Bobby and her five other cats: Clancy, Reggie, Chance, Seamus, and Vivienne. “I love showing everybody how awesome they are,” she says.

Judges seem to agree Langille’s feline friends have style, which makes her a fierce competitor against other cats in her class, like Oh La La, a meticulously groomed Red Persian who takes longer to blow dry than the average salon client.

“If you’re best, people see your cat as an example of what a cat should be,” said Langille. So how do you create a champion on the catwalk? We asked her what it takes to become number one.

There’s a saying “it’s like herding cats” for a reason. Not just any cat can be trained into winning first place — they have to be at least okay with the spotlight. “If a cat doesn’t want to be there, the judges don’t like to reward the owner for bringing out a cat against its will,” said Langille. However, starting them early — you can begin showing in the kitten category — seems to get them used to being around all the other animals, noises, and people that come with the territory. “The cats in the documentary, they’ve all been going to shows since they were four months old,” said Langille. “They don’t know that other cats sit at home on a Saturday.”

The main component of the competition, much like dog shows, is breed standards. Judges are looking at the shape of the head, the length of the tail, ear size, eye size and shape, and body composition. Keeping your purebred eating well and exercising is necessary to hit those standards to the best of your kitty’s ability. Even what appears to be a judge playing with the cat using a feather or toy has a more significant purpose. “People think that they’re playing with them...but they’re also getting the cat to look in the particular direction to look at the profile of the face,” said Langille.

It’s all well, and good to have a nicely shaped skull, but making an excellent first impression comes from grooming — and there are grooming standards for every breed. Before a show, Langille will give Bobby a lather, a rinse, another wash with a colour-enhancing shampoo, and a towel dry. For long-haired divas like Oh La La, a blow dry is a must, and Langille speculates that Persians require a few hours of rigorous grooming a week. 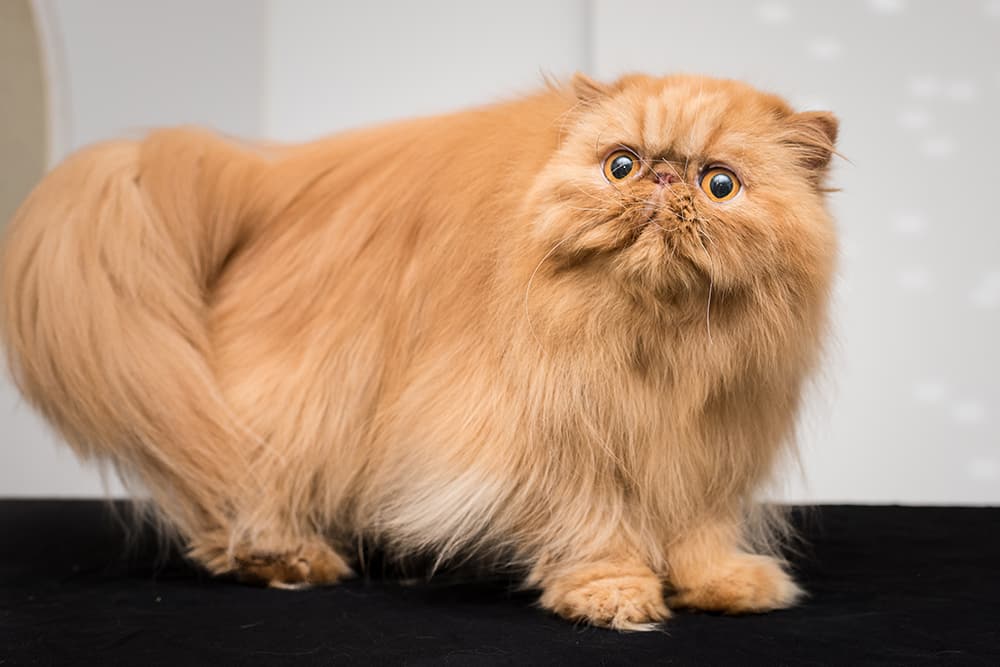 During a competition, each owner has a benching area for last-minute prep. “When you see [your] number going up, out on the table, the brush out, you check the ears, you check the butt, you check the eyes,” said Langille. Her snow-white Bobby poses the additional challenge of staying clean as the competition approaches. “I don’t let anyone touch him when he’s competing,” she said. Otherwise, when it’s not showtime, she keeps it simple: “A comb once a week, and trimming nails.”

Want to be on top? “You’ve got to be willing to spend money on your cat,” said Langille. After buying a purebred, and spending the money grooming and caring for it, there remain additional costs associated with cat shows that any aspiring exhibitor should be aware of. “There’s the travel, and the hotels, and the meals away,” said Langille, who, because she’s based in New Brunswick, has to travel large distances for the majority of the year’s shows. Luckily, her job in sales and merchandising allows her to work remotely part-time, making her travel schedule more flexible. And don’t forget the entry fees — usually $60-75 a show. “It’s a commitment,” she said. “Or a sickness.”

After showing for a dozen years, Langille keeps coming back, most importantly, because she enjoys it — especially getting to spend time with her best friends. “I love my cats, they’re my little fur children,” she said. “Clancy is a cranky old man; Seamus is a mama’s boy; Chance is smart; Reggie is a sweet rescue.”  Vivienne has newly immigrated from France as Langille’s inaugural foray into breeding.

And Bobby? “Bobby is just the ultimate showman. There’s not another cat in the world like Bobby.” That kind of bond goes a long way to making the most out of each show for both you and your cat. And that’s just purrfect.