Despite what you have heard, Toronto’s Jane and Finch community is joyful, resilient and strong

I grew up in Jane and Finch in the ’90s, in a reddish high-rise building on Tobermory Drive, perched on a hill across the street from the York Woods public library.

Some of my earliest memories are the meetings we used to have in the community rec room on the ground floor. Even back then, the conversations we had focused on the stigma affecting our area and the neglect we experienced from city officials and politicians. We talked about how the singularly negative media stories about our community, and the people in it, missed the hope and beauty that lay right below the surface of our neighbourhood. 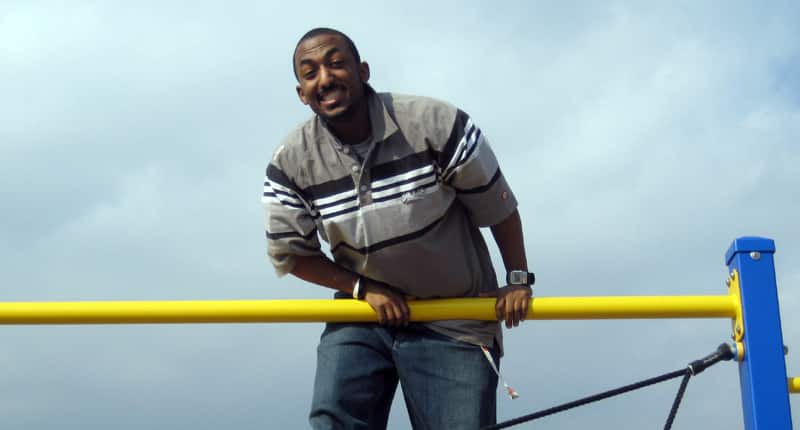 I can’t help but think back to those meetings as I watch director Ngardy Conteh George’s film for CBC Docs POV, Mr. Jane and Finch. The film opens with a series of very familiar negative stories about Jane and Finch, undeniable proof that even after all this time, this community’s narrative has remained disturbingly consistent.

Mr. Jane and Finch focuses on longtime community advocate Winston LaRose, and it’s through his eyes that we see Jane and Finch anew. We witness LaRose’s journey as he, at the age of 80, enters the race for city councillor for Ward 7, which contains the Jane and Finch area. We see the trials and tribulations of his campaign from the day he declares his candidacy through to election day.

As LaRose’s team struggles to raise funds, the sheer uphill battle that non-mainstream candidates face when attempting to enter city politics becomes obvious. Incumbents have a clear advantage in the race, especially after Premier Ford cuts the number of seats on city council nearly in half.

LaRose is dedicated to the community, and his enthusiasm is infectious. We see him at his workplace, where residents drop by for help with a wide variety of issues, like managing the rising cost of rent and looking for work or social assistance. The film shows one particularly difficult exchange where a father pleads with LaRose to help him gather more information on the police-involved death of his son, which he felt took place under suspicious circumstances.

During a strategy meeting, LaRose’s campaign team urges him to take off his “community hat” and put on his “candidate hat” — to spend less time in his storefront helping Jane and Finch residents and go out and get support for his campaign. LaRose responds to this suggestion with a strong rebuke, saying that under no circumstances would he divert his attention away from doing the work that earned him the respect and title of “Mr. Jane and Finch.”

‘Lateral care’: when members in the community help each other

The film’s meeting scene really resonated with me because so much of what makes Jane and Finch a community is the way we’ve taken care of each other. We’ve always had to perform “lateral care.”

People living in marginalized communities don’t have the luxury of relying on city services, provincial agencies or even politicians to put us at the top of the agenda. Although the state of housing and access to services demanded attention then and still demand it now, we’ve always had to perform this care work for each other.

Ultimately, this film is about a marginalized community’s attempt at political self-determination. People at the heart of the community who are already assisting its constituents, like LaRose, are regularly denied the chance to serve in any kind of official capacity. The electoral system is divorced from the people it’s supposed to represent, and the problem is only getting worse.

To mount a viable campaign in local Toronto politics requires money and significant resources to counter the power of name recognition and incumbency, things which Black and racialized candidates, for the most part, don’t have access to. It’s why I find it difficult to consider Toronto’s municipal elections to be “free and fair.”

But no matter the conditions under which we are forced to live — and, in fact, in spite of them — we have become more creative and more resistant in the ways we make our lives. And make them, we do — both livable and joyful.

Jane and Finch, a neighbourhood full of joy and caring

August 14, 2003, is a date firmly etched in my mind, not only because it happened to be my birthday, but because it was also the day of the massive blackout that fell over much of the Northeast. Enrolled in summer school at York University, I was scheduled to take an evening exam, but the professor never showed up because, as I later learned, he was stuck on the subway.

So, amid complete darkness, I walked home. I strolled down Finch and then across Jane, and what I saw in my community surprised me, even after years of living there. I saw residents outside with makeshift bonfires that provided not only light but also heat for cooking, and everyone was sharing food before it went bad in refrigerators that no longer had power.

There were cars lined up and down the street with all their doors open, blasting music and serenading impromptu barbecues. We didn’t know why all the power was out or even how far the blackout stretched. But surrounded by darkness, Jane and Finch had decided to throw a block party, and everyone was invited (not to mention well fed).

There’s no moment in my life that better demonstrates the most important lesson growing up in Jane and Finch taught me: that words like “community” and “care” are action words — they’re doing words. That moment also reminds me that, because of the work of the many Winston LaRoses in Jane and Finch, no matter what we’ve been through, what we face now or what challenges may come, we goin’ be alright.