B.C.‘s Granger Taylor left a note saying he was boarding an alien spaceship — then he disappeared

I made it my mission to find out as much as I could about Taylor and what happened to him. Tyler Hooper, consultant for Spaceman

I first found out about Granger Taylor while scrolling through a blog about aliens and UFOs back in the summer of 2015.

Initially, I couldn’t believe what I was reading. Here’s a guy who was, by all accounts, a mechanical genius; he hauled an old train out of the forest to restore it, rebuilt a World War II aircraft and even made his own spaceship. To top it off, he supposedly believed he could communicate with aliens.

Then I learned that one night, at the age of 32, Taylor had mysteriously vanished from the face of the Earth.

I was hooked. Over the next four years, I made it my mission to find out as much as I could about Taylor’s life and the circumstances of his strange disappearance.

On the stormy night of November 29, 1980, Granger Taylor left a note for his parents to find. It said that he had gone to board an alien spaceship after recurring dreams had told him he was going to embark on a 42-month, interstellar journey. 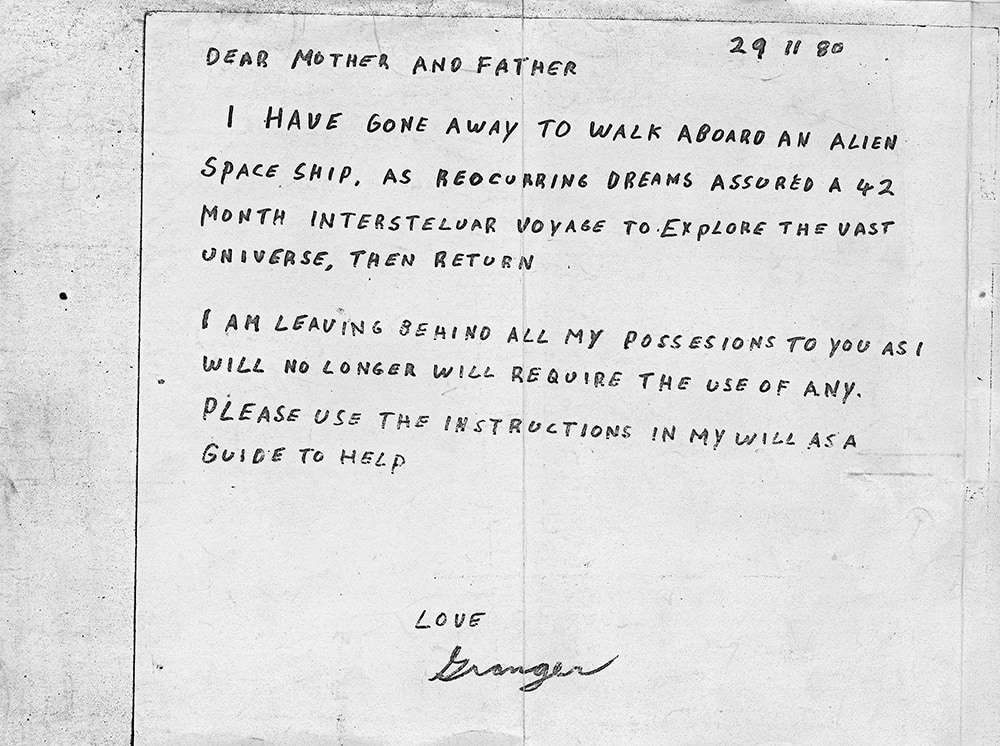 The note Taylor left the night he disappeared.

That night, Taylor vanished. Both his family and the police spent months searching for him, but no one could uncover any leads on where Taylor could be.

In March 1986, local forestry workers found a blown-out vehicle somewhere near B.C.’s Mount Prevost, not far from the Taylor family home. Taylor was familiar with dynamite and some had gone missing from his parents’ property the night he disappeared.

The police were called, and they were able to confirm that the vehicle identification number on the wreckage matched that of Taylor’s Datsun pickup. Bone fragments and a piece of Taylor’s shirt were also found at the scene.

When my story about Taylor came out in the summer of 2016, I still wasn’t sure what had really happened.

Was he abducted by aliens and taken to space? Did delusions cause Taylor to blow himself up that night? Was it all an elaborate hoax that Taylor created so he could disappear and start a new life? Was he recruited by a secret spy agency? Or, did he die by suicide, masking his intentions with a suspicious note to ease the burden on his family?

Now, after years of researching Taylor and working on the CBC Docs POV documentary Spaceman, I have my theories.

I do want to preface them, however, by reiterating that I never met Taylor. Any ideas I have about his mindset and motivations are based solely on my own research, and interviews with his family and friends.

Taylor was a loner searching for purpose

It’s my belief that Taylor struggled to fit into his small Vancouver Island community. He was shy and eccentric, which isn’t an ideal combination when living in a rural, working-class town.

I imagine Taylor spent so much time working on machines because it was his only true way of expressing himself; his creations made him feel like there was a purpose to life. (Maybe that’s why some of us are so attracted to Taylor’s story: he’s the epitome of an outsider just trying to find his place. And aren’t we all striving to find purpose in what we do?)

I think, at some point, he got tired of being different and searching for meaning — on Earth, at least. At the time of Taylor’s disappearance, pop culture was alive with the idea that something was out there in space, and Taylor became obsessed with interstellar travel.

Soon, he was building a spaceship and imagining starting life anew somewhere else.

Taylor believed he was ‘chosen’

It’s unclear what fuelled Taylor’s belief that he could communicate with aliens. There’s some evidence to suggest Taylor used psychedelic drugs (and it’s well documented that he smoked quite a bit of cannabis). He also may have been prone to depression and bouts of mania, which could have played a role in some way.

Whatever the reasons, I believe Taylor was convinced extraterrestrials had chosen him to fulfil a greater universal purpose — something that far exceeded anything he could accomplish on our planet. 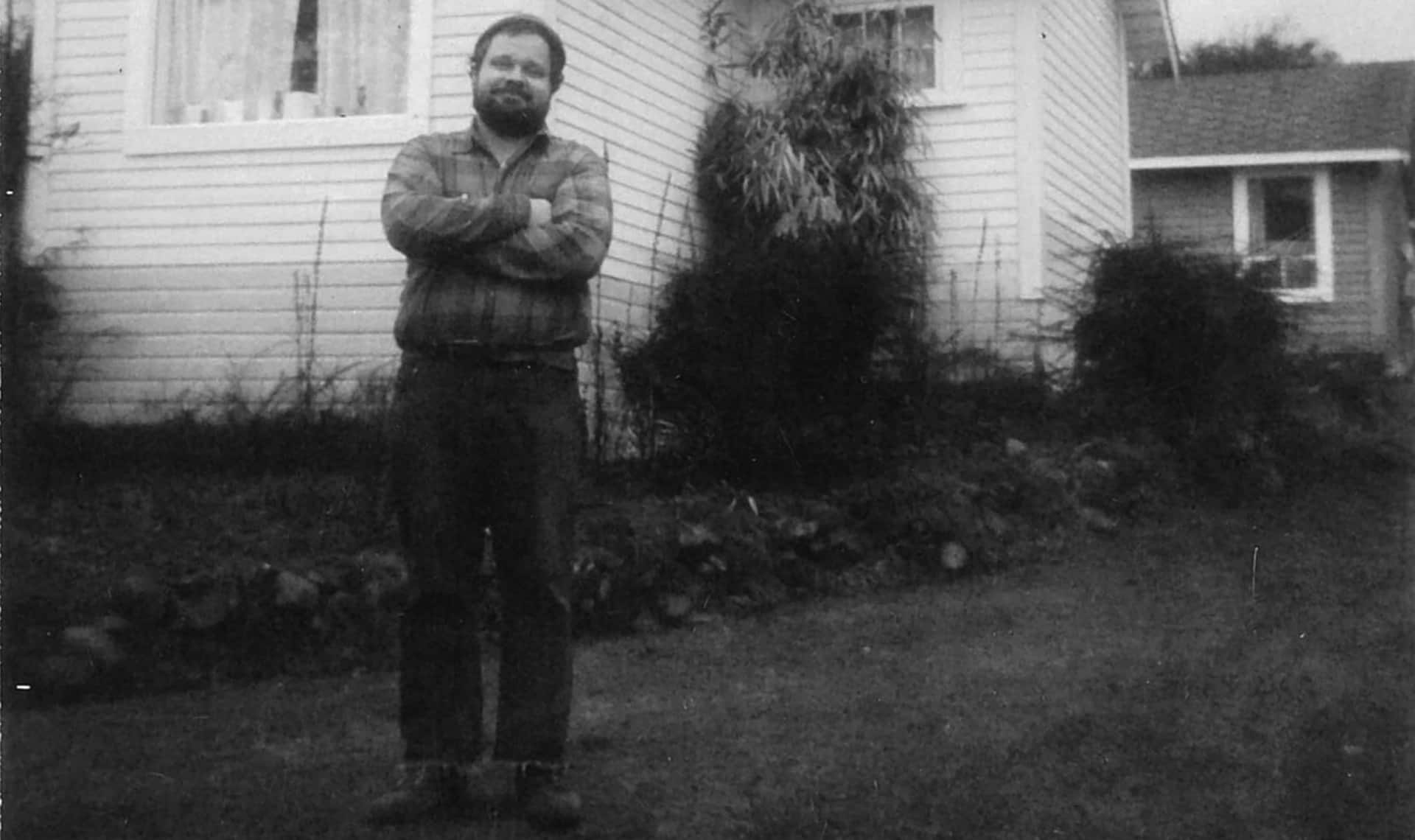 Granger Taylor in front of his home.

My gut tells me that this was Taylor’s thinking the night he disappeared and that he perished on that mountainside in a fiery explosion.

But often, on a clear evening, I find myself looking up at the night sky thinking about him. The idea that there may be something out there — extraterrestrials, another universe or galaxy filled with life — is overwhelming.

Then, I’ll catch a glimpse of a shooting star or a meteor passing through the Earth’s atmosphere and smile: if anyone could find a way to travel to another world beyond the cosmos, it would have been Granger Taylor.

After all, when he put his mind to something, he did it.