Shelly Chartier is soft-spoken, petite and looks like a teenager. She’s 33.

Chartier dropped out of school in sixth grade, and lived an isolated life. She cared for her bedridden mother inside their small home in the remote First Nations community of Easterville, Manitoba. “I went through a period where I didn’t leave my house for 11 years,” she told 20/20.

Her only link to the outside world? A computer and an internet connection.

Her quiet life and extended isolation make it difficult to reconcile that Chartier orchestrated an elaborate “catfishing” scam in 2011 — one that involved extorting National Basketball Association athlete Chris “Birdman” Andersen, terrorizing aspiring model and instagram star Paris Dunn, and triggering an international criminal investigation that spanned California, Colorado and Manitoba. It led to Chartier’s arrest in January 2013. Following the arrest, she would come to be be known as the “Ghost of Easterville.”

But how did this isolated woman in a remote region become the face of a global scandal? Here are the key moments in Shelly Chartier’s catfishing scam and subsequent trial.

FALL 2011: Chartier, who had an interest in well-known athletes. "friends" one on Facebook — NBA star Chris “Birdman” Andersen — a centre for the Denver Nuggets at the time, and known for being socially active with his online friends.

When she reaches out to Andersen, Chartier poses as Paris Dunn, a 17-year-old aspiring model from California. The real Dunn had posted on Andersen's page, inviting him to call her and shared her phone number.

Chartier texts Dunn, pretending to be the basketball player. Both unsuspecting victims think they are exchanging messages with each other when in reality it is Chartier orchestrating the conversations.

“I was stupid. I was bored. I was lonely. That's the truth,” says Chartier.

She also assumes another fake identity — the pseudonym 'Tom' — and reaches out to Dunn claiming to be Andersen’s best friend. Dunn starts exchanging online messages with this second person as well.

It isn't long before the conversations get hot and heavy. “It all ended up being flirty and, and fun, and exchanging of photos and, you know, he's sending me selfies, and then we started with the nude pictures,” says Dunn. She is under the impression that the photo exchanges are happening with Andersen.

Chartier begins forwarding Dunn’s photos to the basketball player, pretending to be Dunn. Andersen, thinks Dunn is 21 and starts sending his own naughty pictures back. “At first, he sent some normal pictures, but then when I sent Paris's pictures to him, he sent a bunch of his dick pictures,” says Chartier.

DEC. 7, 2011: Chartier arranges an in-person meeting between Andersen and Dunn. The two are still unaware that they are communicating through third person based in Easterville. Dunn flies from Los Angeles to Denver to meet Andersen.

“I got him laid basically. All weekend he got laid,” says Chartier.

“Me and Chris had a good time,” says Dunn. “It was fun, but there were moments when a lot of things we said to each other didn't add up.”

FEB. 2012: After the weekend, things started getting crazy according to Dunn. Posing as Andersen and Taylor, Chartier asks Dunn to fly to Indiana and steal gaming information from a professional Call of Duty video gamer.

When Dunn refuses to comply, Chartier begins threatening her.

“I was getting: ‘I’m gonna send somebody down there, you whore. I’m gonna have you raped and killed and thrown on the side of the street,’” Dunn recalls. “He was threatening to post my naked images online, which, of course, I think that’s worse than even a death threat.”

A frightened Dunn, still thinking she’s communicating with Andersen and Taylor, tells her mother and they call the police.

FEB. 22, 2012: Chartier attempts to extort Andersen through email, posing as Dunn’s mother and threatens to go public if he does not pay. Andersen informs his attorney Mark Bryant about the extortion emails. Bryant pays Chartier $3,000 to avoid disrupting his career.

MAY 10, 2012:  Police in Colorado execute a search warrant at the home of “Birdman.” Investigators assess Andersen and Dunn’s electronic records and deduce that their correspondence was conducted through fake online accounts. They discover IP addresses and phone numbers originating in Canada and reach out to the Royal Canadian Mounted Police. The IP addresses are eventually traced back to Shelly Chartier.

JAN. 15, 2013: Chartier is arrested by the RCMP in Manitoba. Gord Olson, an RCMP constable assigned to the case, shows up at Chartier’s door on the day of the arrest. “There was about 10 of us that came up from Winnipeg. And Shelly was 28, and one of my colleagues commented that can't be her because she looks like she's 14,” recalls Olson. “She hadn't left her home in a number of years, so she was having a bit of a panic attack.”

SOME TIME IN 2013: After her arrest, Chartier meets 22-year-old Rob Marku while playing Call of Duty online. Originally from Warren, Michigan, Marku is residing in Yonkers, New York at the time. “I heard him talking, and I liked his voice because he has a deep voice, so I shanked him [in the game], because every time I'd do it, he would talk,” Chartier recalls.

NOV. 22, 2014: Chartier meets Rob Marku face-to-face for the first time while out on bail. Marku flies from New York to Easterville to see her. “I was with her in the long-distance relationship for about two years,” recalls Marku. 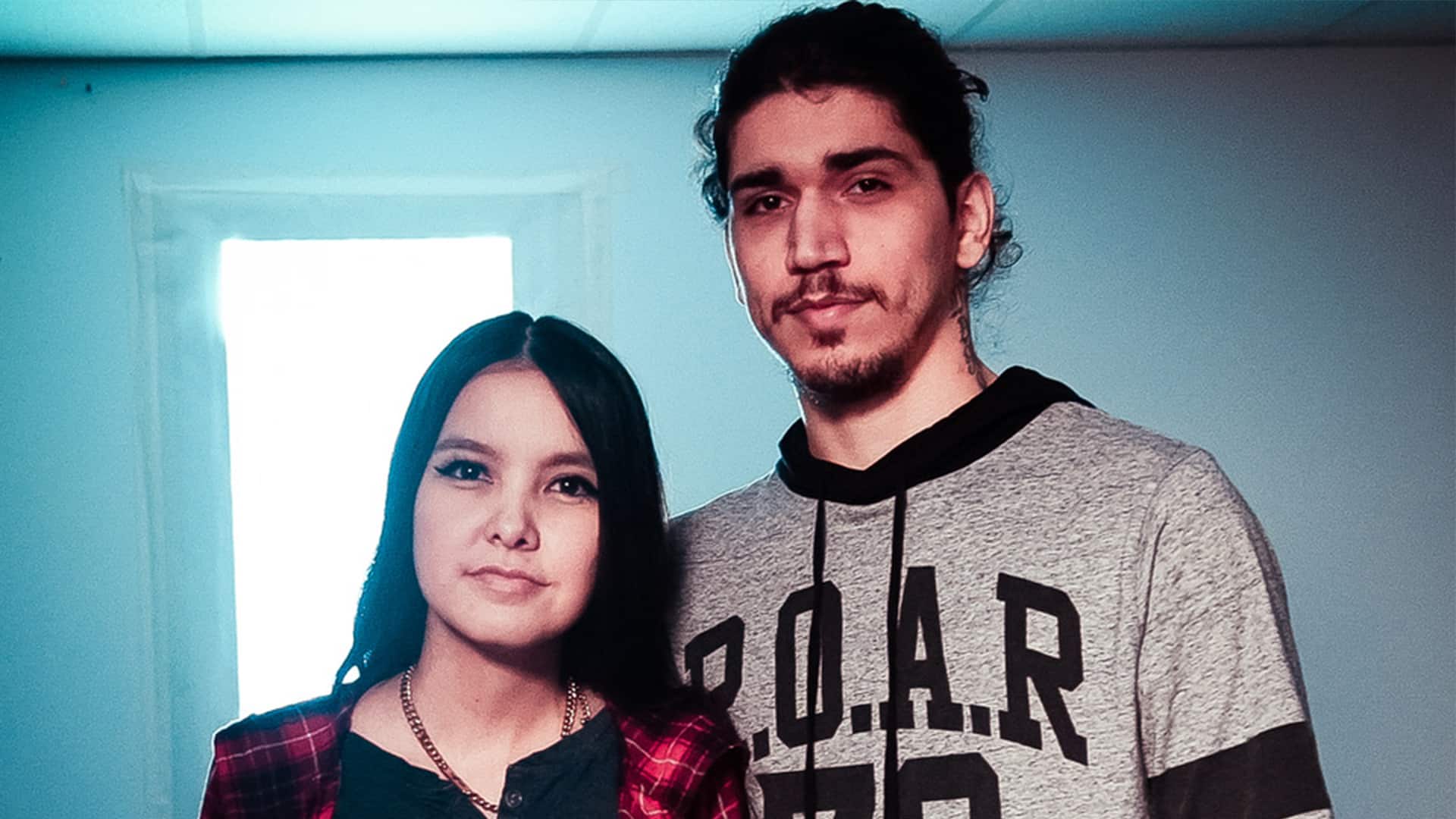 DEC. 25, 2014: Chartier and Marku are married. “I liked her a lot and loved her, love her still, and married her. A lot of her life story —  it’s touching in a bad way. I feel for her, and it hurts that she has to go through that hurt,” says Marku.

OCT. 14, 2015: Chartier is sentenced in Easterville to 18 months in jail – the maximum penalty requested by the Crown. “I guess I never realized how big of a crime [it was], what I did,” says Chartier.

Indictment: The Crimes of Shelly Chartier takes a deeper look at the complex story of this reclusive woman, her struggle to rebuild her life after incarceration, and how the Canadian justice system deals with First Nations communities in such cases.