Widows and workers in the ‘Electric City’ of Peterborough, Ont., fight for justice in a system stacked against them. NOW STREAMING ON CBC GEM
Available on CBC Gem

Jim Dufresne is sick of going to funerals. Roger Fowler has regular surgeries to stay alive. Sandra Condon will never give up her late husband’s fight. Their town is sick, and they want justice.

Nicknamed “The Electric City,” Peterborough, Ont., was home to a General Electric plant for over a century. The plant was the lifeblood of the community and took workers in like family. It held Christmas parties, New Years Eve parties and picnics for the community of workers.

But over time, employees and their families noticed more and more GE workers dying from cancer. The first sign was the pattern in the local obituaries, which often mentioned donating to cancer charities.

Looking back, the warning signs and symptoms were there. The nosebleeds and headaches, the red patches on their skin, the coughs that wouldn’t go away. But the workers had no idea, and even if they had a hunch, they had to make a living.

Following widows and former workers over the course of three years, the documentary Town of Widows sees unassuming citizens transform into activists. One feisty widow named Aileen Hughes talks about taking her late husband’s laundry outside to shake out the asbestos. “I’d come in with chunks of it hanging in my hair,” she says.

Another widow, Sandra Condon, and her daughter, Cindy Crossley, talk about the “snowstorm” of asbestos that their late husband and father described in the plant, and the permanent varnish he felt on his skin. “He’d say there was like a layer of coating on his skin that he could feel always,” Crossley says.

Sandy LeBeau, whose husband died of stomach cancer at 39, talks about the “GE smell”: the pungent yet familiar scent her husband carried home from work. LeBeau recalls daughter saying, “I just love the smell on dad’s pillow.” LeBeau says she knew exactly what her daughter meant. Her dad and three uncles had also worked at GE — and had also died of cancer.

Jim Dufresne, like so many others, was hired at 16 on a “boy’s job.” Since then, he says he’s seen too many coworkers die. He has compiled a list of former colleagues and their cause of death, and says, “people give me names every time I go somewhere or do something.” While his health isn’t great, he never misses a protest and is usually standing side by side with his friend and former GE worker, Roger Fowler. 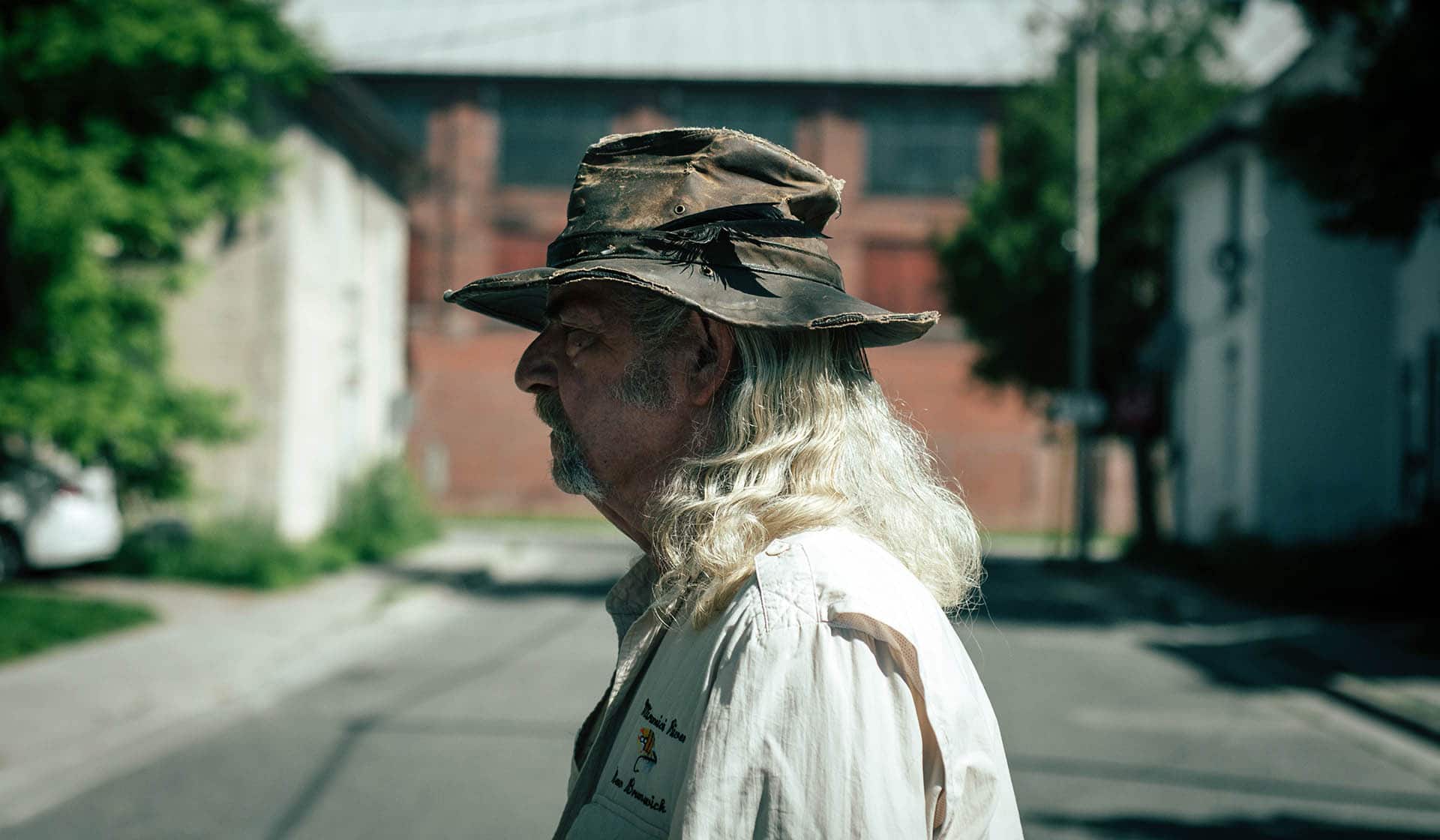 Since his mid-40s, Fowler has lived with a colostomy bag after being diagnosed with colorectal cancer, and he has had regular surgeries in the years since. “Once you get cancer, you never feel like you’re free”, he says.

Together with other workers and widows, these advocates are seeking justice and challenging a system they say is stacked against them. With the power of many, these unlikely activists could change the legacy of Peterborough.

The challenges they face are formidable. Ontario’s Workplace Safety and Insurance Board (WSIB) is supposed to compensate workers and their families for work-related injuries and illnesses, but widows and workers report that their claims have been routinely rejected or that they have been left waiting, sometimes for decades. General Electric is one of the largest companies in the world and prior to the plant closing in late 2018, workers claim the community was reluctant to speak out for fear of job loss.  The activists also felt that the government didn’t make a habit of intervening in matters of workers’ compensation or big industry.

Living in a former company town, the workers and their families feel ignored by the system and by their own community — what they call a “conspiracy of silence.” Town of Widows follows the gutsy locals as they gain the media exposure they need to get the government’s attention. What was once a town of widows and workers left behind becomes a force against all odds.