Brad was a Toronto kid who became a Neo-Nazi. Now he has a warning for those thinking of joining the far-right: don’t. NOW STREAMING ON CBC GEM
Available on CBC Gem

Brad  was a white 18-year-old punk, in and out of trouble with the law, a street brawler already in his fourth high school, a kid without direction and a prime target for a neo-Nazi recruiter promising comradeship in a gang of “like-minded” men, a place where Brad could finally find what he wanted most: belonging.

SKINHEAD tells Brad’s story — how he spent 13 years in “the movement,” climbing the ranks from skinhead rabble-rouser to the Canadian boss for an ultra-violent US gang called Volksfront.

“It’s one underlying mission,” says Brad, “which is bringing back white society and kicking everyone else out. Like, the dream is to have a white country, an all-white country.  Well, I mean, how do we achieve that?  You don’t.” 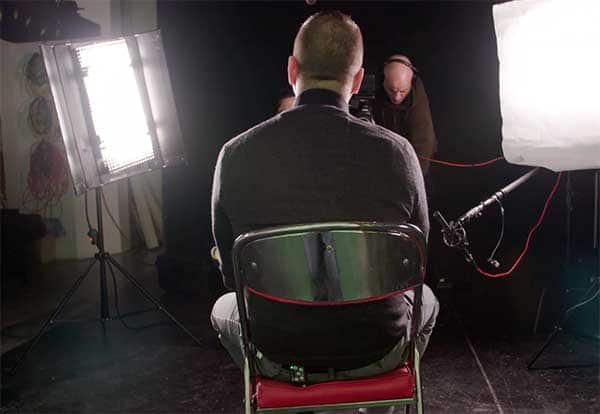 Former skinhead Brad talks about his life after being leader of a neo-Nazi group.

Through Brad’s eyes, we get a completely rare glimpse of why hate and fear are consuming America under Trump — Brad understands the cues and messages that are being sent out by the US far-right, enabled by their President, who another former skinhead in our film calls “our mascot.”

“They're trying to sugarcoat anti-Semitism and racism and things like that with this theory of the marginalization of the white race,” says Brad.

Brad has been out for five years, raising a family and getting his university degree in criminology. But most of all, he’s been working on leaving behind the hate groups that defined who he was for so much of his life.

“It’s not all of a sudden you’re free and clear of that life that you once had. But also, I’m not hiding who I am.”

SKINHEAD steps back and takes a look at the scope of racist movements not only in the US but in Canada too. In the 1930s in Toronto, “Swastika Clubs” used to roam up and down the Boardwalk looking to beat up Jews. Even today “white nationalist” Paul Fromm still rants about the urgent need to cut off all immigration before white people become a minority.

“We want North America to remain European,” Fromm says in the film. “We want the founding settler stock to remain in charge.”

Brad’s Volksfront gang originated in Portland Oregon, the “skinhead capital of the USA.” Belying its reputation as a liberal utopia, Portland has seen some of the most violent outbursts of extreme right hate, including the murder of two men on public transit who were trying to defend some women of colour from a hard-right radical. In SKINHEAD we’ll go into the middle of a “Pro Trump” rally to witness the rise-of-the-right up close — and personal.

But SKINHEAD is largely Brad’s story — his journey into the movement, his journey out and what he sees happening next in this hyper-partisan age of racial tension.

“I call them white supremacy groups because that's all it is,” says Brad. “What they are presenting as new is actually a very old idea of white marginalization."

“I think my message is this: understand by adopting these types of extreme ideologies, that you are signing up for losing those years of your life.  You will definitely lose time and you will be affecting others negatively. You will lose that time in your life.”