A bittersweet love letter to Montreal's legendary immigrant Park Extension neighbourhood, as seen through the eyes of some lifelong Greek inhabitants, their South Asian neighbours, and a filmmaker rediscovering his roots. NOW STREAMING ON CBC GEM
Available on CBC Gem

Return To Park Ex is a bittersweet love letter to Montreal's legendary Park Extension neighbourhood, as seen through the eyes of some lifelong Greek inhabitants, their South Asian neighbours, and a filmmaker rediscovering his Greek roots. 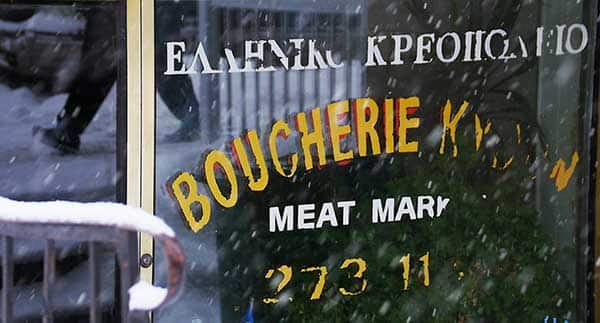 Hidden at the north end of the city's old immigrant corridor and surrounded by affluence and gentrification, this salty hothouse continues to be a major gateway for newcomers to Canada. Their intimate, dramatic and divergent experiences give us an entertaining and poignant portrait of immigrant culture: the shared struggle of transition, ethnic tensions, the comforts and dangers of homogeneity... and the ways in which we still need each other.

SCENE FROM THE FILM: "I plan on dying here." - Filmmaker Tony Asimakopoulos finds new family on his first day in Park Ex.

One of the most densely populated neighbourhoods in Canada and also one of its “poorest”, Park Ex is a village-like, two square-kilometer enclave in the centre of Montreal, enclosed by train tracks, a highway, and a fence with one of the city's richest neighbourhoods. It’s been an entry point for newcomers to Canada since the 1940s.

To most, it’s just a way station to greener pastures, but for a tenacious few, this supposed “ghetto” is home. Some may feel you haven’t made it until you’ve made it out of Park Ex, but if you stay you’ll enjoy a life free of status-stress: no one here is “better” than the anyone else. And many people with means choose to stay, resisting the pull of the suburbs with their long drives and alienation in order to be closer to the beating heart of the city, and real neighbourhood life.

“Everybody left!” is something you hear a lot from Park Ex’s few remaining Greeks, who lament the disappearance of a thriving Greek-town, a place that many knew as their second homeland. Something important was lost. Reflecting on the early days, with their grinding work ethic, neglected family life and resulting addiction and crime amongst the youth, the Greeks admit there were hard times here, but it was an important stronghold, and the mass exodus to the suburbs fragmented the community and created new problems — a big one being the isolation of Greek seniors.

And once the incoming South Asian community took hold, the Greeks left even faster. Those that remain, young and old, live and let live… in Park Ex, a transsexual Greek woman can run a popular nightspot where old and young play together, a last-of-its-kind sanctuary for old-world Greek party life, which also attracts young hipsters and non-Greek immigrants. Park Ex is now a place in between worlds, vibrating at a primal level, full of possibility. 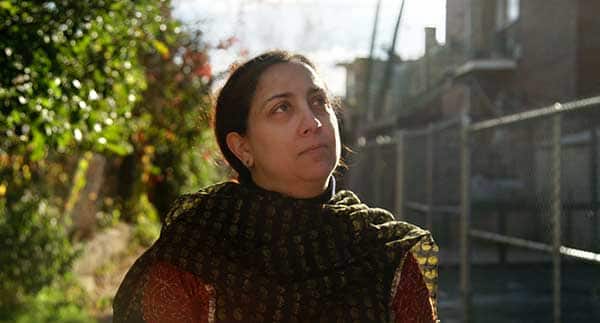 From this clash of cultures emerged Jennifer Davos, a half-Greek who was rejected by full-blooded Greeks, who turned to her South Asian neighbours for friendship and eventually became one of them, complete with a Sikh immigrant husband and children. She remained in Park Ex, as a language teacher and therapist, where she develops new ways of helping immigrants adapt.

But signs of gentrification have also arrived - not just hipsters but condos, and University campuses. Park Ex won’t be an immigrant neighbourhood for much longer. And when the beloved Greek church Panagitsa (Little Holy Mother) burned down completely during Easter 2015, the entire Greek community spasmed with sorrow and fear – a deep root, and a powerful symbol of their identity disappeared overnight, forcing questions about their place in this ever-changing neighbourhood.

New immigrant communities arrive and old ones fade in a phantasmagoria of ghosts and gods and languages, and on every street disparate cultures swirl around each other dancing in the twilight between old and the new worlds. The film offers a taste of what immigrants give us aside from labour and yummy food: a reminder of the struggle of starting over, and the necessity of accepting and helping one’s neighbour.

Filmmaker Tony Asimakopoulos — son of Greek immigrants, recovering-addict and present day resident of the neighborhood — brings his insider perspective to this immersive, music-filled, multi-character collage film, in the “symphony of a city” tradition of urban portraits: alternating between the residents’ personal stories, and the epic, shared moments of the neighborhood.