Gary Barwin's darkly comic novel was a finalist for the Scotiabank Giller Prize and the Governor General's Literary Award in 2016.

Set in the years around 1492, Yiddish for Pirates recounts the compelling story of Moishe, a Bar Mitzvah boy who leaves home to join a ship's crew, where he meets Aaron, the polyglot parrot who becomes his near-constant companion.

From a present-day Florida nursing home, this wisecracking yet poetic bird guides us through a world of pirate ships, Yiddish jokes and treasure maps. But Inquisition Spain is a dangerous time to be Jewish and Moishe joins a band of hidden Jews trying to preserve some forbidden books. He falls in love with a young woman, Sarah; though they are separated by circumstance, Moishe's wanderings are motivated as much by their connection as by his quest for loot and freedom. When all Jews are expelled from Spain, Moishe travels to the Caribbean with the ambitious Christopher Columbus, a self-made man who loves his creator. Moishe eventually becomes a pirate and seeks revenge on the Spanish while seeking the ultimate booty: the Fountain of Youth. (From Vintage Canada)

Yiddish for Pirates was a finalist for the 2016 Scotiabank Giller Prize and the 2016 Governor General's Literary Award for fiction.

Yiddish for Pirates is on the Canada Reads 2021 longlist.

Gary Barwin is a multidisciplinary artist, composer and poet who currently lives in Hamilton, Ont. He has written more than 20 books, including poetry, fiction and books for children. His poetry collections include For It is a Pleasure and a Surprise to Breathe and No TV for Woodpeckers. Yiddish for Pirates is his first novel.

"Humour is one of the great technologies of humanity. It gives you distance, and also an opportunity to deal with difficult things. Jewish humour in particular has this optimistic pessimism, or pessimistic optimism, that is so much part of the culture. The speaker can connect with the people they're telling the jokes to, and they're able to stand outside what's happening and look at it philosophically.

Humour always gives you agency, because you are the one telling the jokes. That's a very powerful position from which to address tragedy.- Gary Barwin

"Through this kind of humour, they find a way to engage, think about what is happening and still have agency. Humour always gives you agency, because you are the one telling the jokes. That's a very powerful position from which to address tragedy."

Hello. Howaya? Feh. You think those are the only words I know? Boychik, you don't know from knowing. You ain't seen knowing. I may be meshugeh crazy, but I know from words. You think I'm a fool shmegegge? I'm all words.

Hello? If you want the story of a life, don't wait for your alter kaker old gramps over there to wake up. Maybe he'll never wake. But me? Listen to my words. They tell some story. Because I remember. Sometimes too much, but I remember.

So, nu, bench your fat little oysgepasheter Cape Horn tuches down on that chair and listen to my beaking. Come all ye brave lads, and so forth. I'll tell you the whole megillah story from fore to aft.

From Yiddish for Pirates by Gary Barwin ©2016. Published by Random House Canada. 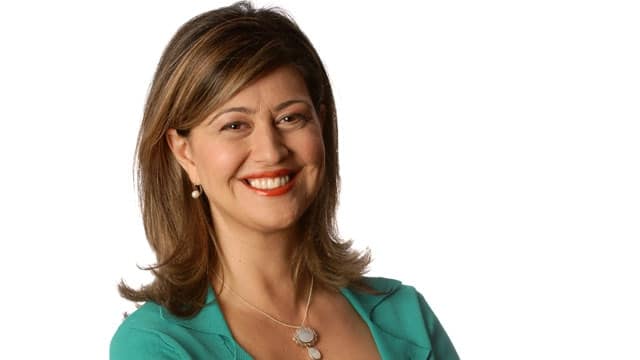 Ontario Today51:40Poet Gary Barwin on learning about yourself during COVID-19
Leacock Medal Winner Gary Barwin says the time alone with our thoughts is like our brains are a big Rolodex: you find things you like and things you'd rather forget. It's a reminder how complicated we are as individuals. 51:40

More about Yiddish for Pirates

Other books by Gary Barwin