The Montreal-based author discusses how she wrote Policing Black Lives.

Robyn Maynard is an activist, feminist writer and author based in Montreal. Her book Policing Black Lives takes a look at the underreported history of racial injustice in Canada — including the country's involvement with slavery and the criminalization of Indigenous and Black Canadians — and why all Canadians need to look at dismantling structures of racial domination and re-imagine a more just society.

In her own words, Maynard explains how she wrote Policing Black Lives.

The colour of racism in Canada

"This book was originally just going to be about racism in Canada from a broad perspective. I've been involved in community work and activism since I was a teenager, so the book was conceived a long time ago. But I've been recently working full-time doing street-based outreach with racialized women who were in precarious conditions, including poverty and criminalization. I felt that, in the Canadian context, there is a general lack of understanding around the country's history with race and racism and the injustices that still exist today.

I felt that, in the Canadian context, there is a general lack of understanding around the country's history with race and racism and the injustices that still exist today.  ​​​​​

"I also was pregnant with my son, who is now two, and I was more aware of news stories that showed so much happening to Black people in Canada and the United States, particularly around the time Trayvon Martin was killed and the Black Lives Matter movement happened. I realized that, as Black people in Canada, we didn't know our own history  — the disproportionate rates of Black people behind bars, killed by police or in child welfare agencies. It was very important to talk specifically about what has happened in Canada. It led me to urgently feel that I wanted to write that book."

"I didn't intend for the book to be so historical. But as I was trying to describe what's happening today, I felt drawn to go back and see how the country has evolved since slavery in the 19th and 20th centuries. A lot of the facts in the book are things that have come from archived government and media reports.

I wrote the book for people like me, who want to learn more about injustice in Canada.

"My research is drawing and building upon historical, criminological and sociological works that have already been in place. They just weren't all in one location, so that what I was attempting to do with this book. I also made sure the book was peer reviewed and went through a formalized fact-checking process."

"I ended up making it more theoretical and complex than I had intended because I want to be thorough in explaining slavery and how the anti-Blackness concept was originally created. I wrote the book for people like me, who want to learn more about injustice in Canada. I also wanted it to be accessible, so any 18- or 19-year-old could pick it up and be able to glean most of the information in the book." 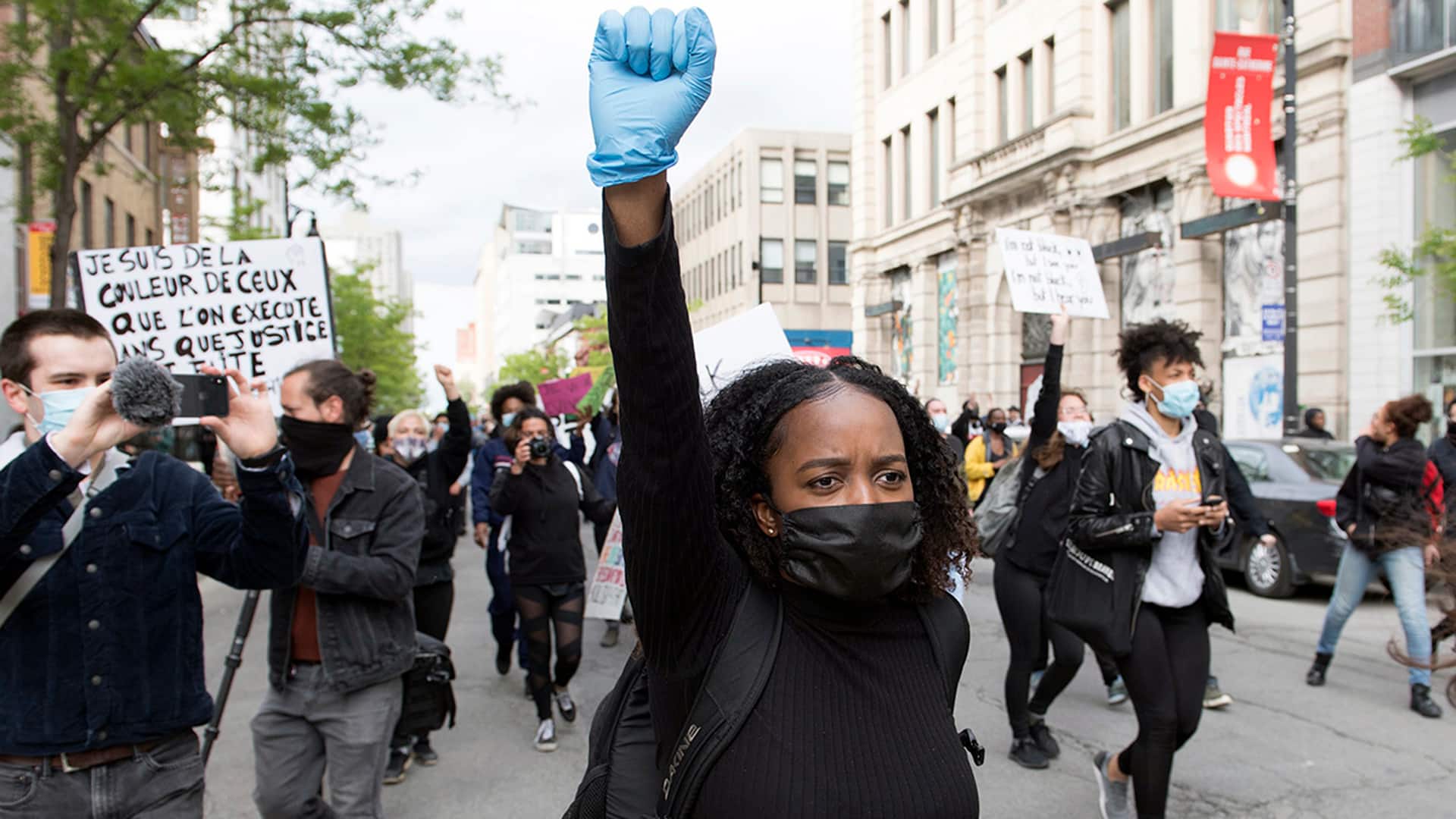 Protests call out problems with policing in Canada’s black communities

5 months ago
1:55
Black Canadians are using the death of George Floyd to also draw more attention to long-standing problems around policing black communities in Canada. 1:55

"I have a disability that makes writing difficult, I usually can't type for long periods of time. I was using a dictation program called Dragon Dictate and dictating into my cellphone and using the voice-to-text feature. Part way through the writing process, my computer stopped working. I was rescued by some friends who chipped in so I could have a new computer and more advanced dictation software, so I could actually finish the book. This book was very much a community effort."

Robyn Maynard's comments have been edited and condensed.