Who Has Seen the Wind | CBC Books Loaded
Books·Canadian

Who Has Seen the Wind

W.O. Mitchell's classic young adult novel is about a boy growing up in a small prairie town during the 1930s.

Brian O'Connal is growing up in a small prairie town in Saskatchewan in the 1930s, surrounded by a memorable cast of characters including his pharmacist father, his Scotch grandmother and his friend, Fat. Spanning Brian's boyhood from the ages of 4 to 12, the novel depicts his search for order in a sometimes chaotic world. A vibrant, original and moving book, Who Has Seen the Wind is considered a Canadian classic and W.O. Mitchell is often called one of Canada's "best-loved" writers.

Who Has Seen the Wind is for readers ages 16 and up.

Here was the least common denominator of nature, the skeleton requirements simply, of land and sky — Saskatchewan prairie. It was wide around the town, stretching tan to the far line of the sky, clumped with low buck brush and wild rose bushes, shimmering under the late June sun and waiting for the unfailing visitation of wind, gentle at first, barely stroking the long grasses and giving them life; later, a long, hot gusting that would life the black top soil and pile it in barrow pits along the roads or in deep banks against the fences.

From Who Has Seen the Wind by W.O. Mitchell ©1947. Published by New Canadian Library.

The Next Chapter6:09W.O. Mitchell interview (1993 Encore)
Shelagh's conversation with the beloved author. 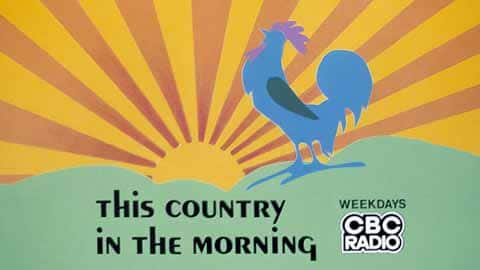 Digital Archives7:04W.O. Mitchell on his home, High River, Alta.
Author of "Who Has Seen the Wind" on coming home.
now