A poetry collection by Michael Redhill.

A muscle's "twitch force" is a measurement of its energy potential. It's history dependent: you can forget it, but like so much else, it's engraved on you where you can't see it, and all it wants to do is repeat. Scotiabank Giller Prize winner Michael Redhill's first collection of poetry in 18 years, Twitch Force is grounded in its title as an essential source of its gnomic, satirical, and lucid intelligence. In "Ingredients," heredity's recipe is told via short form family narrative; in My Arrangements, a stolen laptop battery leads to an encounter with the Israeli Olympic women's beach volleyball team; while in The Women, human beauty is parsed down to the level of chromosomes: "I'm beautiful; I have my mother's feet. The women who change into men are beautiful men who were once beautiful women."

This is poetry concerned with love and its loss, despair and hard-won hope, knowledge and essential ignorance, aging and timelessness. Readers are cautioned: things that present as self-explanatory may be closer than they appear. Twitch Force is a stunningly realized return to the form from one of Canada's bravest and most original lyric poets. (From House of Anansi Press)

Michael Redhill is a poet, playwright and novelist. Redhill garnered much acclaim for past novels Consolation and Martin Sloane and won the $100,000 Scotiabank Giller Prize in 2017 for Bellevue Square.

"I'd come across the term in reading something for research. It's the idea that your muscles do what they've done before. That's what they know to do. But the strength that they do it at has to do with the memory of the last time it was done. All of your muscles are photocopying actions, repeating and repeating, but the signal never gets stronger. It's always dependent upon muscle memory.

"It has to do with potentiation: the moment before something gets catalyzed, whether it's chemical or emotional. And those moments, those twitches into being, is something I wanted to replicate in the poetry." 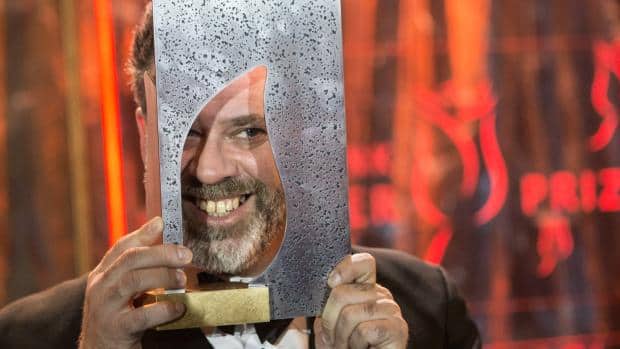 3 years agoVideo
6:52
'Life doesn't prepare you for a moment like that,' says Bellevue Square author 6:52

Other books by Michael Redhill