Trish Salah on how LGBTQ literature is thriving in Canada

In this special CBC Books video series, Canadian authors talk about what literature means to them.

'There are a lot of people doing incredible writing right now. It's exciting!' 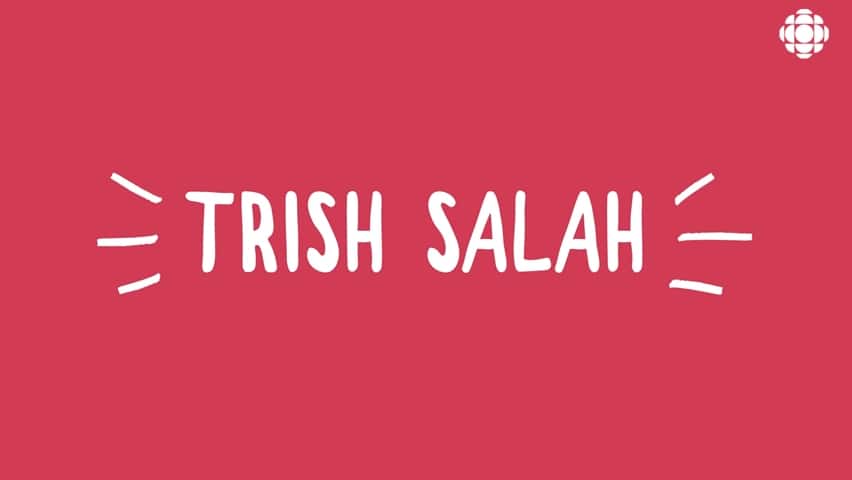 Trish Salah: Why I Write

2 years ago
2:20
For the CBC Books Why I Write series, Trish Salah talks about why a new wave of LGBTQ authors is changing the national literature scene. 2:20

Trish Salah is a gender studies professor at Queen's University and an accomplished author from Kingston, Ont. Her books include the poetry collections Lyric Sexology Vol. 1 and Wanting in Arabic, the latter of which received the 2014 Lambda Literary Award for transgender fiction. In 2018, Salah was a finalist for the Writers' Trust of Canada's annual Dayne Ogilvie Prize for LGBTQ emerging writers.

In the latest instalment of the CBC Books Why I Write series, Salah talks about why a new wave of LGBTQ authors is changing the national literature scene.

"I'm the author of Wanting in Arabic and Lyric Sexology Vol. 1. The two books are quite different. Wanting in Arabic is concerned with the confluence of Arab and diaspora identity with transsexuality and queer politics at the end of the 90s and early 2000s.

"Lyric Sexology Vol. 1 is more concerned with looking at archives of representation at psychoanalysis, feminist theory and fiction... what it means to have a sex, what it is to change sex, what it is to be in-between — and how those things fold into race and class and other identities."

"When  Wanting In Arabic was originally released back in 2002, there wasn't a lot of support for books by trans people outside of its intersectional audience. Today, I think there are still huge gaps in terms of thinking about race and coloniality in a lot of trans writing. There's always a question of whether you're actually having a conversation with your audience or whether you're actually involved with the larger public."

There are still huge gaps in terms of thinking about race and coloniality in a lot of trans writing.

A new generation of LGBTQ writers

"I'm a huge fan of the work of Casey Plett who is an extraordinary Winnipeg author currently based in Windsor. Little Fish is a heartbreaker but exquisite. I like the work of poet Billy-Ray Belcourt [author of poetry collection This Wound is a World]. He's extraordinary, as is poet and novelist Joshua Whitehead [author of poetry collection full-metal indigiqueer and novel Jonny Appleseed].

"There are a lot of people doing incredible writing right now. It's exciting!"

CBC Books's Why I Write series features authors speaking on what literature means to them. Shot on location at Toronto's Harbourfront Centre during the 2018 Canadian Writers' Summit. See episode one with Catherine Hernandez, episode two with Shyam Selvadurai episode three with Drew Hayden Taylor and episode four with Farzana Doctor.

Trish Salah's comments have been edited for length and clarity.