The Line Becomes a River

For Francisco Cantú, the border is in the blood: his mother, a park ranger and daughter of a Mexican immigrant, raised him in the scrublands of the Southwest. Haunted by the landscape of his youth, Cantú joins the Border Patrol. He and his partners are posted to remote regions crisscrossed by drug routes and smuggling corridors, where they learn to track other humans under blistering sun and through frigid nights. They haul in the dead and deliver to detention those they find alive. Cantú tries not to think where the stories go from there.

Plagued by nightmares, he abandons the Patrol for civilian life. But when an immigrant friend travels to Mexico to visit his dying mother and does not return, Cantú discovers that the border has migrated with him, and now he must know the whole story. Searing and unforgettable, The Line Becomes a River makes urgent and personal the violence our border wreaks on both sides of the line. (From Riverhead Books)

My mother and I drove east across the flatlands, along the vast floor of an ancient sea. We had come to West Texas to spend Thanksgiving in the national park where my mother worked as a ranger during the years where I formed my first childhood memories — images of wooded canyons and stone mountains rising up from the earth, the sound of wind whipping across low desert hills, the warmth of the sun beating down upon endless scrublands.

As we neared the Guadalupe Mountains we passed an expanse of salt flats and I asked my mother to stop the car. She pulled onto the shoulder and we walked out together across broken earth. We stood looking north toward the Guadalupes, towering remnants of a Permian reef once submerged beneath the inland waters of Pangaea. A cool November wind blew against our bodies like a slow current of water and I bent down to touch the ground, breaking off a piece of white crust and rubbing it between my fingers. I touched my tongue and looked up at my mother. It tastes like salt, I told her.

From The Line Becomes a River by Francisco Cantú ©2018. Published by Riverhead Books. 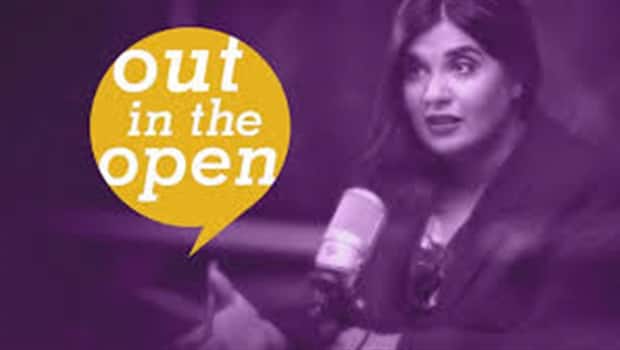 Out In The Open12:45Former U.S. border agent witnessed a 'culture of destruction' first-hand
Francisco Cantú was a U.S. border agent for four years, policing the boundary between his country and Mexico. He was loyal to both his job and a desire to do it with humanity. But as Cantú tells Piya, he became part of a system he says is at odds with his moral code.
now