The Handmaid's Tale: The Graphic Novel

A graphic novel adaptation of The Handmaid's Tale.

In this multi-award-winning, bestselling novel, Margaret Atwood has created a stunning Orwellian vision of the near future. This is the story of Offred, one of the unfortunate "Handmaids" under the new social order who have only one purpose: to breed. In Gilead, where women are prohibited from holding jobs, reading, and forming friendships, Offred's persistent memories of life in the "time before" and her will to survive are acts of rebellion. Provocative, startling, prophetic and with Margaret Atwood's devastating irony, wit, and acute perceptive powers in full force, The Handmaid's Tale is at once a mordant satire and a dire warning. (From McClelland & Stewart)

"Margaret's prose is really haunting and I felt like any adaptation that just focused on the plot would lose so much of that, so it was really important to me to preserve that narrative voice as much as I could. Offred's a very frustrating character.

I wanted the art itself to be beautiful, and for each page to stand as its own work.- Renee Nault

"In the novel, you experience it through Offred's narrative voice, which is very detached and sarcastic. I hope in the graphic novel that you will get the impression that she is using that voice as a coping mechanism. The horror around her is very real, but she's very detached from it out of necessity.

"Although the subject matter is bleak, I wanted the art itself to be beautiful, and for each page to stand as its own work." 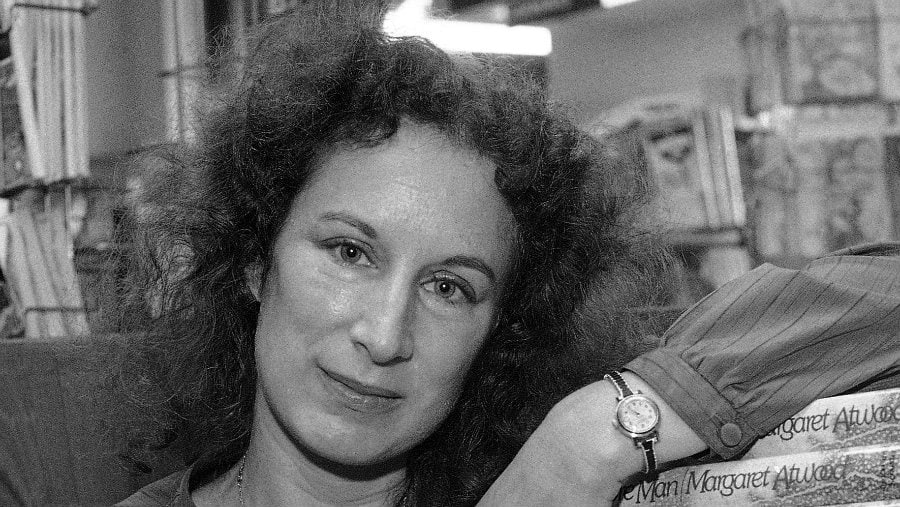 Digital Archives15:41Margaret Atwood describes The Handmaid's Tale on CBC Radio
In conversation with Peter Gzowski, the author describes the setting of her dystopian new novel and says she had many sources of inspiration for its grim vision. 15:41

36 years ago
1:15
Margaret Atwood, a visiting professor at New York University, reads from her latest book. 1:15