In this multi-award-winning, bestselling novel, Margaret Atwood has created a stunning Orwellian vision of the near future. This is the story of Offred, one of the unfortunate "Handmaids" under the new social order who have only one purpose: to breed. In Gilead, where women are prohibited from holding jobs, reading, and forming friendships, Offred's persistent memories of life in the "time before" and her will to survive are acts of rebellion. Provocative, startling, prophetic, and with Margaret Atwood's devastating irony, wit, and acute perceptive powers in full force, The Handmaid's Tale is at once a mordant satire and a dire warning. (From McClelland & Stewart)

The Handmaid's Tale received many accolades when it was first published, winning the 1985 Governor General's Award for fiction. It was also a finalist in the inaugural edition of Canada Reads in 2002. It was defended by Kim Campbell.

A sequel to The Handmaid's Tale is coming out in Sept. 2019. It will be called The Testaments and will be set 15 years after the original story.

What I need is perspective. The illusion of depth, created by a frame, the arrangement of shapes on a flat surface. Perspective is necessary. Otherwise there are only two dimensions. Otherwise you live with your face squashed up against a wall, everything a huge foreground, of details, close-ups, hairs, the weave of the bedsheet, the molecules of the face. Your own skin like a map, a diagram of futility, crisscrossed with tiny roads that lead nowhere. Otherwise you live in the moment. Which is not where I want to be.

From The Handmaid's Tale by Margaret Atwood ©1985. Published by McClelland & Stewart. 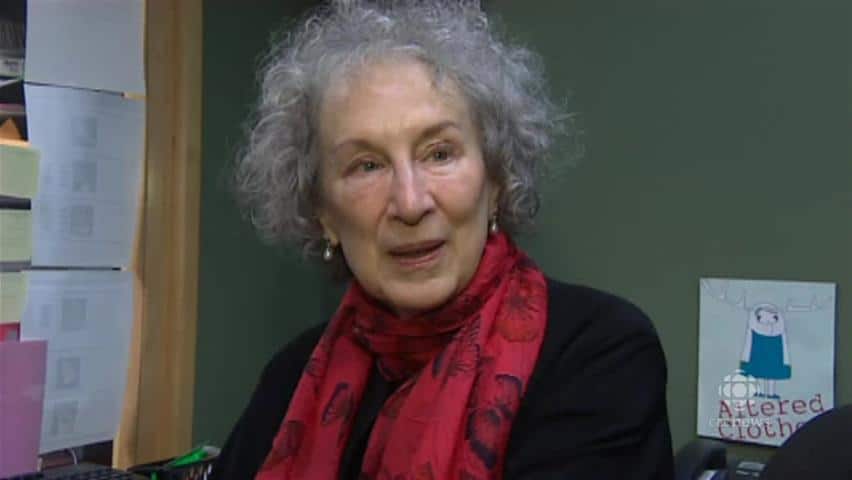 Margaret Atwood talks about RWB adaptation of The Handmaid's Tale 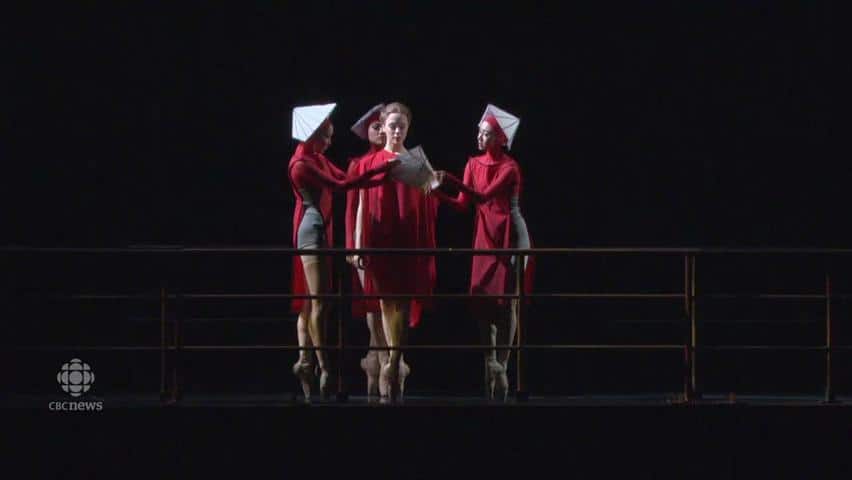 More about The Handmaid's Tale