David Bezmozgis's novel follows a family of Russian Jews waiting to secure visas to start their life in the West.

Summer, 1978. Brezhnev sits like a stone in the Kremlin, Israel and Egypt are inching towards peace, and in the bustling, polyglot streets of Rome, strange new creatures have appeared: Soviet Jews who have escaped to freedom through a crack in the Iron Curtain. Among the thousands who have landed in Italy to secure visas for new lives in the West are the members of the Krasnansky family — three generations of Russian Jews. There is Samuil, an old Communist and Red Army veteran, who reluctantly leaves the country to which he has dedicated himself body and soul; Karl, his elder son, a man eager to embrace the opportunities emigration affords; Alec, his younger son, a carefree playboy for whom life has always been a game; and Polina, Alec's new wife, who has risked the most by breaking with her old family to join this new one. Together, they will spend six months in Rome — their way station and purgatory. They will immerse themselves in the carnival of emigration, in an Italy rife with love affairs and ruthless hustles, with dislocation and nostalgia, with the promise and peril of a new life.

Through the unforgettable Krasnansky family, David Bezmozgis has created an intimate portrait of a tumultuous era. The Free World is a stunning debut novel, a heartfelt multigenerational saga of great historical scope and even greater human depth. (From Picador)

Alec Krasnansky stood on the platform of Vienna's Western Terminal while, all around him, the representatives of Soviet Jewry — from Tallinn to Tashkent — roiled, snarled, and elbowed to deposit their belongings onto the waiting train. His own family roiled among them: his parents, his wife, his nephews, his sister-in-law, and particularly his brother, Karl, worked furiously with the suitcases and duffel bags. He should have been helping them but his attention was drawn farther down the platform by two pretty tourists. One was a brunette, Mediterranean and voluptuous; the other petite and blond — in combination they attested, as though by design, to the scope of the world's beauty and plenitude. Both girls were barefoot, their leather sandals arranged in tidy pairs beside them. Alec traced a line of smooth, tanned skin from heel to calf to thigh, interrupted ultimately by the frayed edge of cutoff blue jeans. Above the cutoff jeans the girls wore thin sleeveless shirts. They sat on their backpacks and leaned casually against each other. Their faces were lovely and vacant. They seemed beyond train schedules and obligations. People sped past them, the Russian circus performed its ludicrous act several meters away, but they paid no attention. Alec assumed they were Americans.

From The Free World by David Bezmozgis ©2012. Published by Picador. 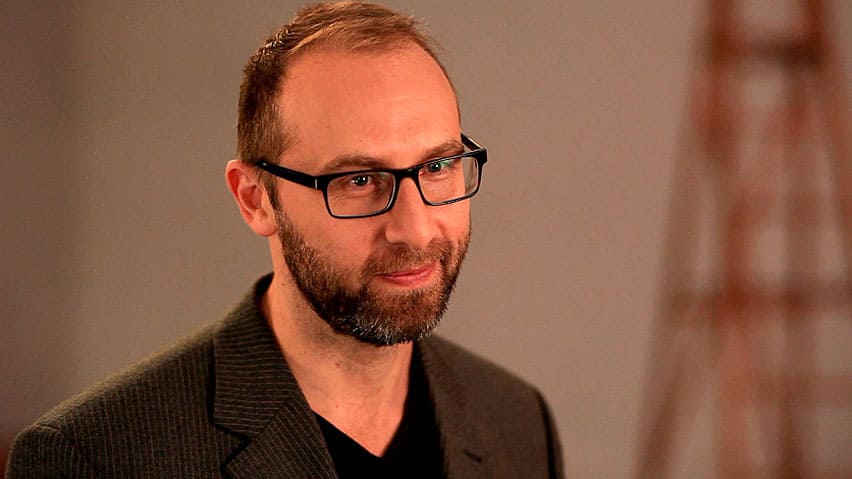 9 years ago
6:20
David Bezmozgis on taking a familiar topic -- the immigrant's story -- and translating it for others, the 'greatest hits of Soviet culture' and finding inspiration in Mordecai Richler. 6:20

More about The Free World

Other books by David Bezmozgis