Margaret Laurence's The Diviners won the Governor General's Literary Award for fiction in 1974.

Morag Gunn grew up on the Canadian prairies — and has no intention of leaving, believing the experience makes her tough. She refuses to give up, even on finding love. Margaret Laurence has created an unforgettable character in Morag, an independent, strong, hopeful woman who will inspire courage and fortitude in any reader.

The Diviners won the Governor General's Award for fiction in 1974.

The river flowed both ways. The current moved from north to south, but the wind usually came from the south, rippling the bronze-green water in the opposite direction. This apparently impossible contradiction, made apparent and possible, still fascinated Morag, even after the years of river-watching.

The dawn mist had lifted, and the morning air was filled with swallows, darting so low over the river that their wings sometimes brushed the water, then spiralling and pirouetting upward again. Morag watched, trying to avoid thought, but this ploy was not successful.

Pique had gone away. She must have left during the night. She had left a note on the kitchen table, which also served as Morag's desk, and had stuck the sheet of paper into the typewriter, where Morag would be certain to find it.

From The Diviners by Margaret Laurence ©1974. Published by New Canadian Library.

More about The Diviners

Looking back at the death of Margaret Laurence

25 years ago
Duration 1:19
Margaret Laurence is born Jean Margaret Wemyss to Bob and Verna Wemyss in the town of Neepawa, Man. on July 18, 1926. 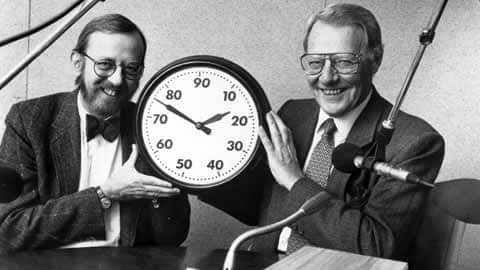