The Collected Poems of Patrick Lane

This volume includes over 400 poems written over the distinguished career of Patrick Lane.

This volume represents the accumulated richness of 50 years' work by one of Canada's most important poets, Patrick Lane. Here, the reader can see how he developed from an engaged recorder of hard experience — even traumatic violence — into a master poet whose meditations on nature, human frailty and love allow him to balance the world's suffering with stunning moments of transcendent beauty and a vision of peace. He expresses himself in a variety of forms and tones — in turn despairing and rejoicing, tender and brutal, imagistic and elegiac, deeply personal and universal. As Nicholas Bradley observes, in an afterward written for this volume, "The journey that Lane's works trace has been long and hard, but, as this collection demonstrates, his poems achieve both understanding and grace."

Edited by two distinguished scholars of Canadian literature, this long-overdue book gathers a lifetime of work. Ranging from Letters from a Savage Mind (1966) to Witness (2010), this collection contains more than 400 poems (many revised for this publication) and demonstrates the breadth of Lane's achievement. (From Harbour Publishing)

Today they took him away
and lonely in my cell I read the walls —
the names the thousand jagged scrawls
in slivers of words
in languages I don't know.

And I think, he's gone
and what the hell?

Yesterday he spent the hours
capturing roaches
in his cramped rachitic hand
and after supper
took a dented can
and smashed them all.

He laughed when I carved my name above the bed.
Why does it matter? he said.
they'll only paint you over.

From "Calgary City Jail" in The Collected Poems of Patrick Lane by Patrick Lane ©2011. Published by Harbour Publishing.

The Next Chapter29:18"The Collected Poems of Patrick Lane" with poet Patrick Lane (Extended interview)
Shelagh Rogers speaks with Patrick Lane in 2012 about his collected works and a lifetime of writing. 29:18 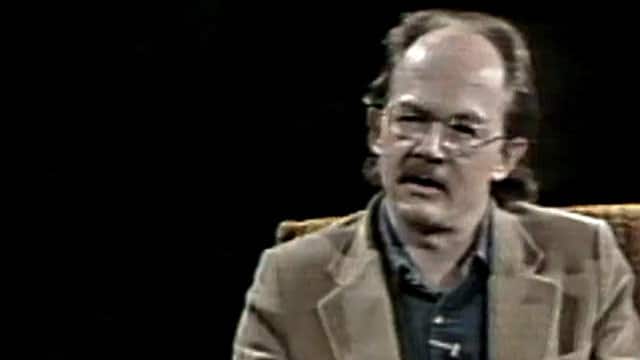