The Burden of Exile

The Burden of Exile is a book by Aaron Berhane.

In the strict dictatorship of Eritrea, a young reporter co-founds the first independent newspaper, publishes stories that anger the president, and then has to escape to save his life and his loved ones.

An idealistic journalist with a young family starts the first independent newspaper in the notorious police state of Eritrea — one of the most brutal dictatorships in the world. When the paper is shut down, he flees arrest and begins a dangerous journey to freedom, first across a desert, at night, into Sudan, pursued by Eritrean secret police, then into secret safe houses in Kenya. With the help of the United Nations, he finds sanctuary in Canada — a place he knows nothing about. Meanwhile, his wife and young children are stuck back home, in constant danger of reprisal.

Berhane's story is one of bravery amid complicated international geopolitics, of spies, guns, and betrayal, and — ultimately — of triumph and the piecing together of family in a cold new country. (From Dundurn Press)

The late Aaron Berhane was an award-winning journalist and a co-founder of Eritrea's first independent newspaper. Berhane came to Canada after fleeing Eritrea by way of Sudan. He previously chaired PEN Canada's Writers-in-Exile group. 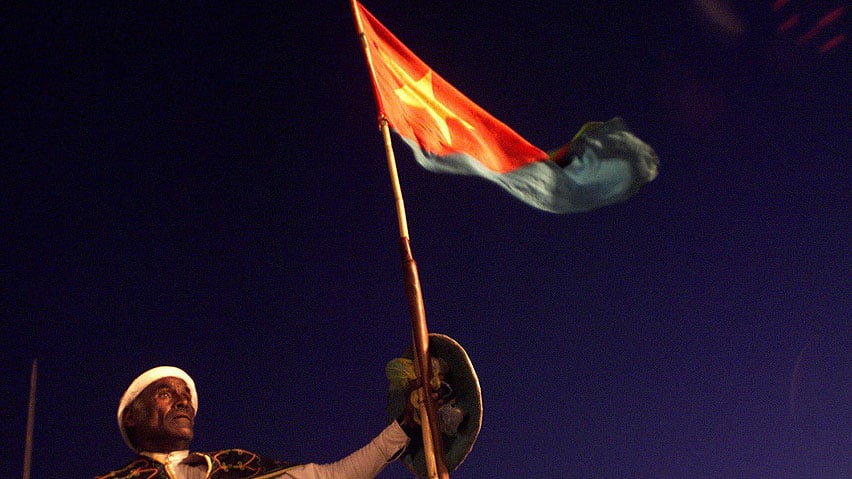 13:47Aaron Behane on As It Happens
Despite having fled Eritrea for his life a decade ago, journalist Aaron Berhane remains committed to telling its stories and those of his imprisoned friends, he tells Carol Off on As It Happens.