Lace up your shoes and get ready for race day with Canada's 2019 Athlete of the Year, Andre De Grasse!

Find out what it was like for him as an underdog, and how he motivates himself to face every challenge, in this inspiring celebration of sport.

Filled with full-colour photos and illustrations, this book covers themes of reflection, mindfulness and gratitude sure to motivate all kinds of readers. (From Scholastic)

Race with Me! is a finalist for the 2022 Silver Birch Express Award, which celebrates fiction books for readers in Grades 3-4.

Andre De Grasse is a Canadian sprinter and three-time Olympic medallist, winning one silver and two bronze medals at the Rio 2016 games. He will compete in Tokyo this July.

Robert Budd is a bestselling children's writer based in Victoria. He's a frequent collaborator of the artist Roy Henry Vickers. Their books include Raven Brings the Light, Cloudwalker and Orca Chief.

Joseph Osei Bonsu is an illustrator and animator from Mississauga, Ont.

Everyone gets nervous butterflies. I don't let that feeling stop me.

I love the feeling of being proud of myself. I can only feel it by trying my best.

My butterflies just mean I am excited to run.

From Race with Me! by Andre De Grasse, Robert Budd and Joseph Osei Bonsu ©2021. Published by Scholastic Canada.

1 year ago
Duration 2:58
With Usain Bolt retired, Andre de Grasse was ready to vie for the mantle of World's Fastest Man - but life gets in the way. 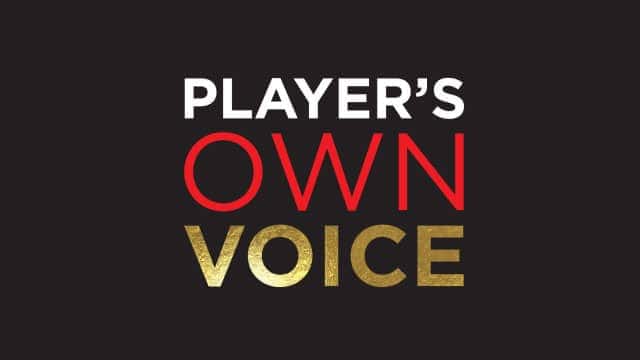 Player's Own Voice35:29Andre De Grasse at the speed of Sound
Andre De Grasse, Canada’s top sprinter, was a very young man when he dashed his way into international stardom at the Rio de Janeiro Olympics. Five years later, the phenomenal athlete has evolved into a competitor who seems wise beyond his years. He’s a plugged-in and thoughtful parent now, who credits his three year old daughter with teaching him patience on the daily. He’s also a published author, having filled his unplanned pandemic down time with dedicated writing practise. His ‘Run With Me’ is an inspirational children’s book about mindfulness and perseverance. De Grasse is healthier now too, having learned patience the hard way, enduring the long and bumpy process of rehabbing a nagging hamstring injury. The only area in which De Grasse remains unchanged, we are delighted to learn, is in his approach to big race days. De Grasse has always had an instinct for saving his best performances til it matters most.

In Town and Out8:05Andre De Grasse is becoming a superstar
Sprinter Andre De Grasse of Markham, Ontario, has gone from a relative unknown to a national track star in just a year. A CBC documentary tracks his rise to stardom. It will air starting this evening on the CBC News Network.