Missing from the Village

In his book, Justin Ling tells the tragic and resonant story of the disappearance of eight men - the victims of serial killer Bruce McArthur - from Toronto's queer community.

In 2013, the Toronto Police Service announced that the disappearances of three men — Skandaraj Navaratnam, Abdulbasir Faizi, and Majeed Kayhan — from Toronto's gay village were, perhaps, linked. When the leads ran dry, the investigation was shut down, on paper classified as "open but suspended." By 2015, investigative journalist Justin Ling had begun to retrace investigators' steps, convinced there was evidence of a serial killer. Meanwhile, more men would go missing, and police would continue to deny that there was a threat to the community. On January 18, 2018, Bruce McArthur, a landscaper, would be arrested on suspicion of first-degree murder. In February 2019, he was sentenced to life in prison for the murders of eight men.

This extraordinary book tells the complete story of the McArthur murders. Based on more than five years of in-depth reporting, this is also a story of police failure, of how the queer community responded and the story of the eight men who went missing and the lives they left behind. In telling that story, Justin Ling uncovers the latent homophobia and racism that kept this case unsolved and unseen. This gripping book reveals how police agencies across the country fail to treat missing persons cases seriously, and how policies and laws, written at every level of government, pushed McArthur's victims out of the light and into the shadows. (From McClelland & Stewart)

Justin Ling is an investigative journalist from Toronto. He hosted the CBC podcast Uncover: The Village, which is also about his work on the Bruce MacArthur case. Missing from the Village is his first book.

Day 610:18New book Missing from The Village chronicles Toronto's LGBTQ Community, a serial killer, and failed policing
Journalist Justin Ling has spent more than five years investigating the murders of eight men by Bruce McArthur, as well as cold cases from the 1970s that were reopened as a result of the McArthur investigation. The result is Ling's new book, Missing from the Village. In it, he says that police failure, homophobia and racism — as well as failings in the LGBTQ community itself — kept this case from being solved sooner. 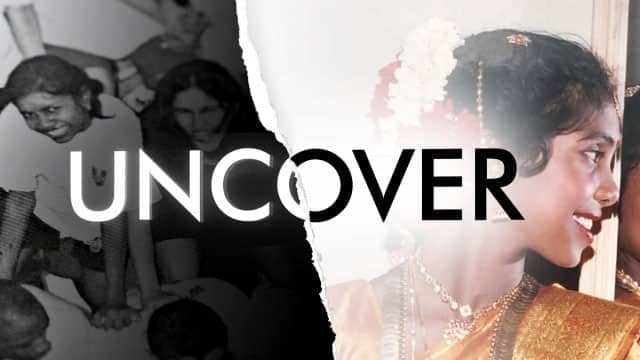 Uncover42:52The ethical true crime podcast: How to make one, what not to do
Rebecca Lavoie, host of Crime Writers On..., speaks with four distinguished podcasters who work with true crime: Justin Ling, host of Uncover: The Village, Connie Walker, host of Missing & Murdered, Natalie Jablonski, producer on In The Dark, and Amber Hunt, host of Accused. They break down the ethics behind true crime podcasts, what good podcasts should work to achieve, and what to take into consideration when dealing with stories that affect real lives. This bonus episode was recorded in front of a live audience at Podcast Movement.