My Summer Body by Lee Thomas

Lee Thomas made the 2021 CBC Nonfiction Prize shortlist for My Summer Body.

Lee Thomas made the 2021 CBC Nonfiction Prize shortlist for My Summer Body.

They will receive $1,000 from the Canada Council for the Arts and their work has been published on CBC Books.

If you're interested in the CBC Literary Prizes, the 2022 CBC Short Story Prize is open for submissions until Oct. 31.

You can read My Summer Body below.

Transgender people like winter. I remember someone telling me that, a long time ago. Sweaters and jackets and big clunky boots insulate us against the prying eyes of strangers. We're safest when we're invisible.

I have never liked winter.

I grew up in a town where winters routinely brought weeks of minus 40. My memories of winter are of fluorescent classroom lights and dark walks after school. I would arrive home freezing and frustrated and threaten, to no one in particular, that I was going to move somewhere that it never snowed. The endless grey winters taught me about depression. I could move or I could die. Either way I wouldn't be here.

But then, summer would come.

Summer days in Alberta are long. You wake up to sunshine, and the sun sets reluctantly, the last echoes of light lasting until almost midnight. Summers taste like raspberries and freedom. My town didn't have public transit, but in summer you could walk anywhere. I would leave my job at 10 p.m., sticky with ice cream and sweat, newly rich with tip money. My friends and I would walk for hours finding hidden parks where we could sneak cigarettes or make out. We lit pallets on fire by the river and drank sour puss from the bottle. I would look into the flames, mesmerized, a nameless boy's hand on my ass, and feel thrilled by life.

It was a different kind of invisible.

Summers are made for sex and for mania. My memory is dotted with faded winters that blend together and too-bright summers that stand out like camera flashes. 2011, a high school graduation I refused to attend, a girl I was in love with, running away to New Brunswick. Flash. 2012, an illness that made everything too lush, a boy who didn't get it. Flash. Hot green forests, the suspense before a kiss, the sweet pain of a post-coital hangover. Flash flash flash. Too brilliant to be real. Overexposed.

The last time someone kissed me was five months ago. Winter. A friend and I met for casual drinks, but our evening ended pressed against a bus shelter like shameless teenagers. If I had known it was going to be my last kiss for half a year, I would have done something differently. I don't know what, exactly. But it feels like it should have been more significant, somehow. I want the chapters of my life to close with a sense of finality that I'm starting to suspect may not exist. Maybe closure is something from fiction, like fresh starts. My brain feels smudged like a bad eraser. I miss being kissed.

Tinder has existed for my entire adult life. I remember when dating 30-year-olds felt exciting and a bit scandalous. "He's an older man," I would say to my friends, fluttering my eyelashes dramatically for emphasis. Now 30 is a peer. 30 is age appropriate. 30 is mutual embarrassment that we're both on this fucking app.

When the pandemic began, I was finishing grad school in a city that hated me. My best friend and I, when I left to return to New Brunswick, didn't hug. Can't justify the risk, we said. We didn't know when we would see each other again. We still don't.

The east coast feels surreal in its normalcy. There are two cases in the province, currently. We smile at each other on the street. "The new normal," we say. I have dinner with my friends at their houses. I go to the gym. I drink at bars.

I even go on dates.

I used to be pretty. I know a lot of trans people don't like to talk about before, but I do. Maybe it's because I didn't need to fight all that hard to get here. I don't feel the need to rescind my previous self. Unhappiness is easy to forget. I even miss it sometimes. A nostalgia that I know is false, but I feel drawn to anyway. A paper tiger, but for comfort. A paper teddy bear. There was safety in having a disposable body. I knew exactly how to measure my value.

I know a lot of trans people don't like to talk about before, but I do. Maybe it's because I didn't need to fight all that hard to get here.

I know I am not pretty any more because of how people react when I bring it up. They don't drag their mouths into a shape and trill reassurances like they used to. Now, they nod uncomfortably. They know what I have lost. I wonder if I am becoming ugly. I am constantly becoming.

I feel a bit embarrassed that I have never really struggled with being trans. Like how my years of bulimia and bipolar never landed me in an inpatient unit. A bit fraudulent. I should have earned my stripes, truly suffered, somehow. A pain legitimized by the eyes of professionals. A paper trail of medical records to accompany my degrees. Professionally crazy. Professionally trans. In the big leagues.

I announce my return to dating on Twitter. "I am, as they say, back on the apps." The new normal is declaring your loneliness while your audience decides whether to be entertained or concerned. My Tinder bio says gender nightmare, also a regular nightmare. I tell my therapist, expecting them to laugh. They don't. They tilt their head and ask, "is that how you see yourself?"

He said, "unconventional is complicated."

I laughed when I repeated those words to a friend later. She winced. My jokes don't always land right. See, it's funny being misunderstood. Except when it's not, when it matters, when the joke is the paper teddy bear. Because I don't think it's funny either, not really.

It feels misleading to talk about gender in my dating profile, because it is such a small and uninteresting part of me. I spend very little time thinking about being transgender. I should talk about puns, dogs, home decor. Things that matter. But I need people to self-select. I need to wear TRANS like a hazard sign. Hi-vis, like the safety gear. I wonder who I am protecting. Nature punishes visibility, rewards camouflage. You cannot be harmed if you cannot be seen. Exposure is dangerous.

Nature punishes visibility, rewards camouflage. You cannot be harmed if you cannot be seen.

I consider, briefly, putting a topless photo, so they can see I've had surgery, so they won't need to ask. I upload it, then immediately remove it. I am gripped by a terrified certainty that someone will take a screenshot. I imagine my face, my expensive newly-legal nipples shared in a group chat titled something like "For The Boys." I'm not in on the joke. I am the joke.

I have to choose, on the app, whether to be categorized with "men" or with "women." I think about it. I have a low voice, whispers of facial hair. I have broad shoulders, flower tattoos. I have biceps. I have a vagina. I have no breasts. I feel like no matter what people are looking for, they'll be disappointed. I briefly consider making that my bio, but it seems too sincere. Sincerity is embarrassing.

After my first disappointed woman, I change to being listed with women. I stop talking to men entirely.

I forget I'm trans, sometimes. It's not interesting to me, so for a moment I don't remember that it's such a big deal to others. When a date tiptoes around my pronouns, I remember they've created a boogeyman in their brain, and it's my job to soothe them. Don't worry, I know you're one of the good ones. I try to relieve their discomfort, but their discomfort is my existence.

When a date tiptoes around my pronouns, I remember they've created a boogeyman in their brain, and it's my job to soothe them.

In an earlier version of my life, I would drink through discomfort until I found validation — and what validates desirability more than sex? Sex makes me invisible. I am the least exposed when I am naked. We kiss with our eyes closed.

But I am different now. I call my friend after my most recent first date, one beer and an awkward "nice to meet you" goodbye.

It's funny, belonging to a place. I feel permanent here. I don't want to operate on the assumption that my name will be forgotten in the morning. I'm not against noncommittal sex, but I no longer consider myself disposable. There's a pride and a sadness in it. Becoming requires unbecoming. There are many ways to transition.

I am infatuated by my body. It moves and flexes. It can run and climb. It is falling apart a bit, too. I have difficulties with my esophagus and spine, consequences that I was certain I'd avoided finally catching up to me. Aging is a privilege I'd never anticipated. But still my body can eat and sleep and laugh and come. I have cheekbones that I barely recognize. I have a great ass, but then again I've always had a great ass.

Where I used to stand in the mirror and pick and poke, I admire. I send a group text to my friends saying that I think I found a new jaw muscle. I examine my scars. My body heals itself so well. It is wise and it is beautiful. I am delighted by how my stomach expands after a meal. I feel so thrilled at our reconnection. My body is the one that got away, and I am getting a second chance at love.

I lie in bed and miss the feeling of a body tucked against mine, breathing gently into sleep. It's hard to shake the feeling that my body is failing at two genders now.

It's hard to shake the feeling that my body is more perfect than it's ever been. 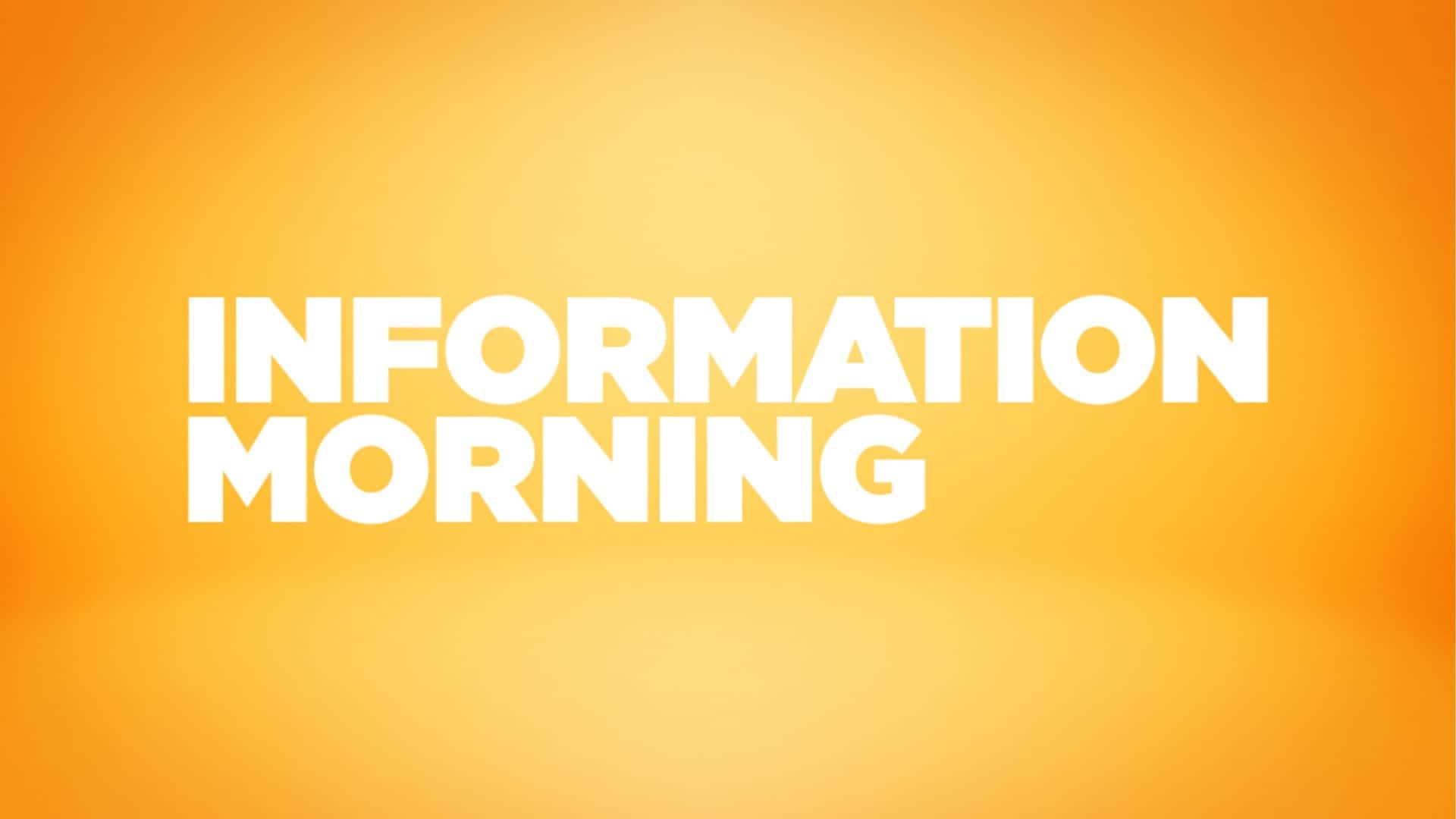 10:45Fredericton writer shortlisted for non-fiction prize
Lee Thomas of Fredericton has made the 2021 CBC Non-fiction Prize short-list. Lee's story - My Summer Body - explores their experiences being trans on the dating scene.

Lee Thomas is a private practice therapist based in Fredericton. They hold an honours bachelor of arts from the University of New Brunswick and a Master's of clinical social work from the University of Calgary. They were shortlisted for the 2018 CBC Nonfiction Prize for True Trans. They are a peer support volunteer, overbearing dog parent and occasional writer.

The story's source of inspiration

"When I returned to New Brunswick after graduate school, I went on a series of extremely disappointing dates, despite being at my maximum hotness. It wasn't funny enough to tweet about, so I wrote this instead."

About the 2021 CBC Nonfiction Prize