The celebrated Indigenous poet and Sto:lo author of Bobbi Lee, My Conversations with Canadians and Celia's Song talks about her approach to writing and the legacy of her body of work.

'People don't view orality as equal to writing. And of course it is!'

Lee Maracle published her first book in 1975. It was an autobiographical novel called Bobbi Lee: Indian Rebel and it was one of the first Indigenous works published in Canada.

Since then, Maracle has written award-winning and critically acclaimed books in almost every genre. She's also a teacher, a lifelong political activist and an expert on First Nations culture and history. Her books include I Am Woman, My Conversations with Canadians, Celia's Song and Ravensong. Maracle was named to the Order of Canada in 2018.

She spoke with CBC Books about her writing life and legacy and why writing still inspires her.

You've won awards and been named to the Order of Canada. Do these offer validation in terms of your career to date?

"Awards are always wonderful to get! For most writers, it's always kind of like bailout money because we don't do particularly well in Canada.

"I don't think that Indigenous writers are very popular — well, maybe Tom King is. He's a very funny guy. But generally, Canadians don't buy us as much as they do buy their own stuff. I think one of my books, My Conversations with Canadians, is very, very popular because it's about them!

"I think I've done what I set out to do, which is give Canada a glimpse of who we are. I remember sitting around the table with a bunch of young people, I think I was 23 or 24. I said, 'How do you get people to think about you emotionally, to change the way they feel about you?" My then husband said, 'Write a book.' So that's when I started.

I think I've done what I set out to do, which is give Canada a glimpse of who we are.

"I realized that one of the goals I had was to get back to oral storytelling. I am an oral storyteller. I have been since I was a child.

"I was trained in it; I'm an orator. And my orality is equally important to me as my written skills. I always wanted to advance that because it falls behind in terms of how we deal with word art.

"People don't view orality as equal to writing. And of course it is! Particularly in our cultures, because we are oral still."

You've inspired a host of emerging and established Indigenous writers, including Cherie Dimaline, Katherena Vermette, Gregory Scofield, Billy-Ray Belcourt and more. How have they inspired you?

"They engage with me more than I engage with them. I know Cherie Dimaline and Katherena Vermette always sing my praises every chance they get!

"I help people out — and then you have to let them have the floor. It would be ridiculous not to. You have to praise them and encourage other people to read them. It's a groundswell that's going on with these young writers; I've dreamed of it happening.

"Before, it was just me and Maria Campbell flapping in the wind all by ourselves. Then Basil H. Johnston came to the scene at the time. One by one, we were just squeezing out books.

Before, it was just me and Maria Campbell, flapping in the wind all by ourselves.

"But now, it's a groundswell. These kids are going to school and graduating, which didn't happen before.

"We were so abused by the education system — I remember being at school and being told to sit in the 'dumb seat' because I'm an Indian. That was on my first day of public school." 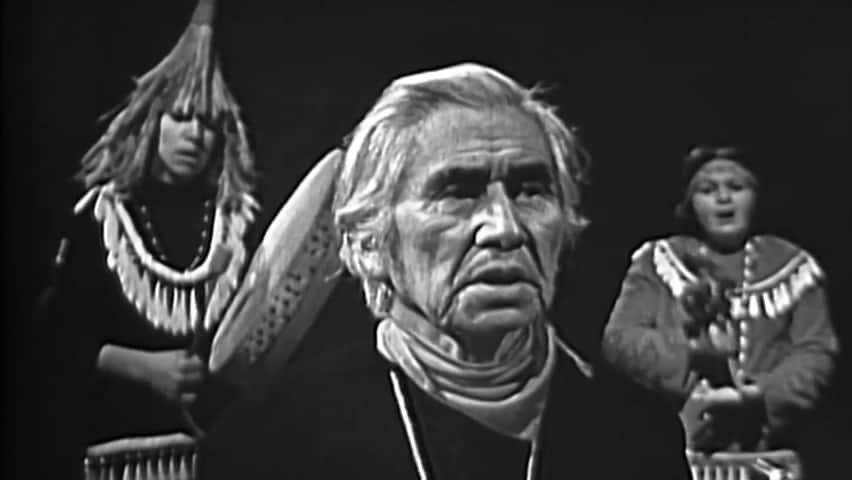 Chief Dan George was your grandfather. What do you recall about his legacy — and how has that shaped your own life?

"I was 32 when he died. I remember it very, very well. I'm sure that I pissed him off a few times! I remember doing a critique of Little Big Man and the role he played in it.

He was always so full of wisdom for me. And so I try to be like that for young writers. I try to be helpful.

"He turned and said to the lady, 'Stop talking, she's perfect.' And he walked away. He wasn't mad. He always encouraged us to be our own person.

Growing up in Vancouver in the 1960s and 1970s, you were a key part of the Red Power Movement. What was that time like?

"The Red Power movement was pretty close to the Black Panthers at the time. They were right in Seattle.

"I had listened to Stokely Carmichael and Malcolm X speak when I was a younger teenager. So I was pretty influenced by them. But I was also influenced by my mother, who was the voice of women anti-war activists when I was four or five years old.

"Grandpa was active to do that, there was no getting around it. We were a pretty political family. The movie stuff happened and that gave my grandfather a platform and then me a platform and so on and so forth. I was one of the builders of the Red Power Movement in Vancouver. I did do some work with writing in their newsletter.

You then travelled to California. How did that experience shape your writing or approach to storytelling?

"I'm not very influenced by the outside world at all. It's never been part of my agenda. I do know about writing from a Western perspective but I'm more interested in bringing the orality to light and bringing our own story forward.

"The way we work with story is you take the original story and tell it like it's happening today. My novels are all based on original stories that are played out today — and I think they make great novels.

What was the literature scene like at the time Bobbi Lee: Indian Rebel was published?

"I was told, at the time I wrote Bobbi Lee, that they didn't publish books by Indians and that we couldn't write. A leftist publishing house, part of the Liberation Support Movement, actually published it initially. Then it gained notoriety and people liked it.

"It was an oral project, it was part of a course that my editor was teaching. It was teaching us to do life histories because I wanted to do other people's life histories. But he liked the book and thought we should get it published. He went around and shopped it around, but he ended up publishing it himself because people didn't want it and believed that 'Indians can't read.'

"It turned out that a good majority of us couldn't. Then we started an 'earn to read' project. They got 3,500 trained to read and then got them to sign a petition that said that they would buy the book if someone would publish it. I thought, 3,500 is a bestseller! We got it published.

"It was not terribly well received, but it was an oddity. I was the oddity, actually. 'Who wrote this for you?' It was always the first question from the audience. And I said I wrote it. But I also spoke it; I'm an oral historian.

You have written poetry, memoir and fiction: what do you prefer? Is there a different writing approach or creative approach involved?

"They tell me that it's a different part of the brain and that poets have to stay on one side.

"Novelists have to cross back and forth. Yeah, that's what they tell me. I don't know, but I do know that I'm endlessly creative. It's because of the way I was raised. I was told a story and I had to tell it back, different but the same. Right. That's the game that we played all my life.

I don't know if it's left or right, or whatever that is, but I do know that we have a poetic voice inside our head.

"My grandpa Dan used to say it's so that words can dance your skin and you always have access to them. He was endlessly creative as well in that same way. He was also very brilliant. He was a brilliant, brilliant man. I was lucky to have him.

"I don't know if it's left or right, or whatever that is, but I do know that we have a poetic voice inside our head. When I was a little girl, I remember speaking in poetry with my mom. If my mom and my sister and I get together, we start talking in poetry and then we write it down.

"Someone would say, 'They pay a lot of money for that, you know!'"

You are judging the 2021 CBC Short Story Prize. Any writing advice for those submitting?

"I wrote Bobbi Lee and I haven't stopped."

What makes for a good short story?

"When I have fallen into it, that makes for a good story. If I fall into the story, then I look at the technicalities and the craft of the writing.

"But once I've fallen into the story, it's pretty much a winner to me, even if it's not the eventual prize winner. I'm sure that there are going to be a few stories that I am going to fall into.

"I also look at the cultural perspective as well. I always say to people, you have a banquet — you come to the table with your own culture, a full banquet. If you don't share it, it's not writing!

But once I've fallen into the story, it's pretty much a winner to me, even if it's not the eventual prize winner.

"I want to see the living world that we come from. Then, as a writer, you're contributing to the cultural fabric that this country wants to be."

"I've made my living writing! I have two books on the go. I teach a course and I've been semi-retired for over a decade.

"I've made my living here. That's all I can say. You can make your living writing if you are true to yourself and you fall into your own story."

Lee Maracle's comments have been edited for length and clarity. Read more interviews from our In Conversation series here.