Ramsay is a man twice born, a man who has returned from the hell of the battle-grave at Passchendaele in World War I decorated with the Victoria Cross and destined to be caught in a no man's land where memory, history and myth collide. As Ramsay tells his story, it begins to seem that from boyhood, he has exerted a perhaps mystical, perhaps pernicious, influence on those around him. His apparently innocent involvement in such innocuous events as the throwing of a snowball or the teaching of card tricks to a small boy in the end prove neither innocent nor innocuous. Fifth Business stands alone as a remarkable story told by a rational man who discovers that the marvelous is only another aspect of the real. (From New Canadian Library)

We have educated ourselves into a world from which wonder, and the fear and dread and splendor and freedom of wonder have been banished. Of course wonder is costly. You couldn't incorporate it into a modern state, because it is the antithesis of the anxiously worshiped security which is what a modern state is asked to give. Wonder is marvellous but it is also cruel, cruel, cruel. It is undemocratic, discriminatory and pitiless. 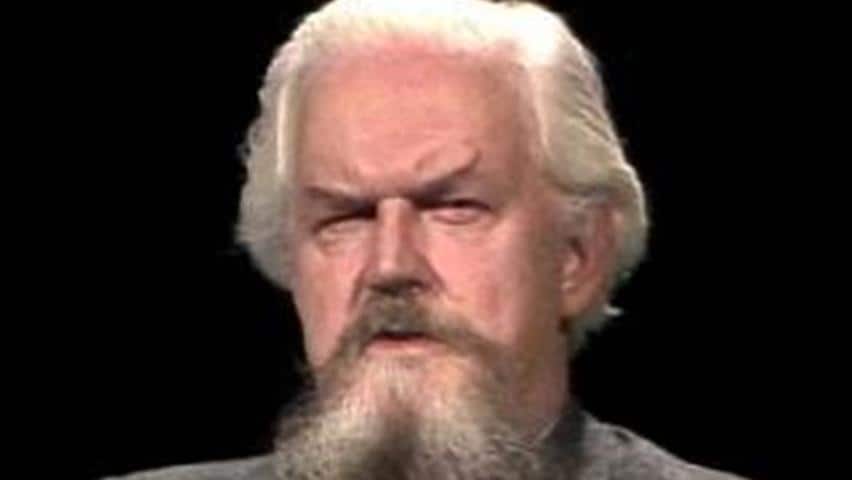 47 years ago
26:47
Literary great Robertson Davies reflects on being Canadian, writing and life at Massey College. 26:47

Writers and Company52:38Novelist Robertson Davies Interview (1991 Encore)
Robertson Davies, the Canadian novelist, critic, playwright, and journalist would have been 100 years old today (born 28 August 1913). Eleanor spoke with him in September of 1991. Here is that interview. 52:38
now