Little had published over 50 books throughout her career, and they often featured children with physical disabilities or facing difficult personal circumstances.

Little had published over 50 books, including Dancing Through the Snow, Mama's Going to Buy You a Mockingbird, From Anna and Orphan at My Door.

Little was born to doctors who were medical missionaries in Taiwan on Jan. 2, 1932. She was one of four children. Her family returned to Canada when she was seven, in 1939.

Little was born with scarred corneas which severely limited her vision. Her vision became worse as she got older and eventually she wrote with a voice-activated computer.

She graduated from the University of Toronto with a degree in English literature.

Her first book was Mine for Keeps, which was published in 1962. It told the story of a nine-year-old girl with cerebral palsy.

Mine for Keeps won the Little Brown Canadian Children's Book Award and kickstarted a long and prolific career. 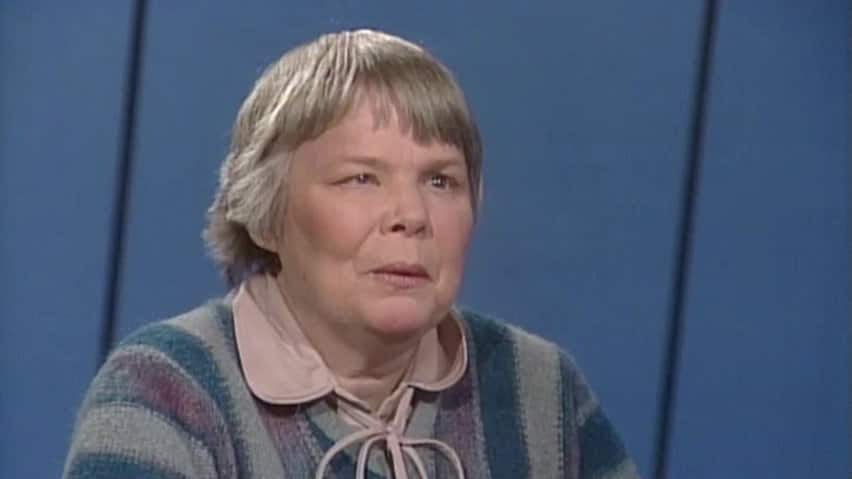 Her most popular book is the 1972 title From Anna, which is about a young girl who is visually impaired, who moves to Canada just before the Second World War.

"I try to be realistic and not dodge things that I think are really important to children," Little said to CBC in 1990.

She was a key author in creating and writing the popular Dear Canada series, which told fictional stories about young girls at various moments in Canadian history.

She wrote one of the first two titles in the series, Orphan at My Door: The Home Child Diary of Victoria Cope, which won the 2001 CLA Book of the Year for Children Award. She would go on to write four more Dear Canada books.

In 1995, she wrote a book inspired by her mother's childhood and her parents' missionary work called His Banner Over Me.

Little also published two memoirs: 1987's Little by Little and and 1990's Stars Come Out Within.

Scholastic Canada has one more planned release, a picture book penned by Jean Little called Maya and the Monarch, which will be illustrated by Gabrielle Grimard.

Maya and the Monarch will be published in 2021.

In 1974, Little was awarded the Vicky Metcalf Award for Literature for Young People, which recognizes an author for their entire body of work.

There is also a school, Jean Little Public School, named in her honour in Guelph, Ont.

She lived in Guelph with her sister, Pat deVries. She taught at the University of Guelph for several years.

She received the Queen's Diamond Jubilee Medal and was nominated numerous times for the Astrid Lindgren Memorial Award, one of the biggest and most prestigious prizes for children's literature in the world.

She was named a member of the Order of Canada in 1993.