Read an excerpt from Two Trees Make a Forest by Jessica J. Lee

Two Trees Make a Forest will be championed by Scott Helman on Canada Reads 2021.

Two Trees Make a Forest is an exploration of how geographical forces are interlaced with our family stories. A chance discovery of letters written by her immigrant grandfather leads Jessica J. Lee to her ancestral homeland, Taiwan. There, she traces his story while growing closer to the land he knew. Throughout her adventures, Lee uncovers surprising parallels between nature and human stories that shaped her family and their beloved island. In the memoir, she also turns a critical eye onto colonialist explorers who mapped the land and named plants and both relied on and often erased the labour and knowledge of local communities.

You can read an excerpt from Two Trees Make a Forest below.

I saw in Taiwan something of the ways that places draw us in — and sometimes push us away again — and there grew in me an inarticulate longing.

My mother and I spent the better part of that visit wandering overgrown hills and trails outside the cities, in the hot and overgrown forests she had once known, where as a child she had roamed the green sprawl near her home, wandering wet through rice paddies on late afternoons, where she had memorized the plants that sprung vivid from every patch. 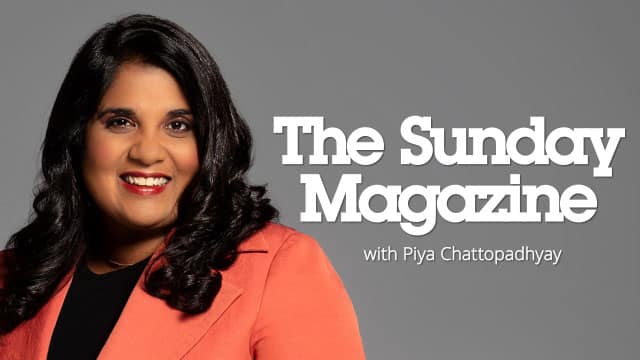 We ventured to the south, to Kenting, where she'd spent childhood holidays on the peninsula of coral. We soaked in northern rain in Yangmingshan, and delved into the mist that blanketed Taroko. Those first days in the cloud forest softened me to fog. In the mountains, I saw curtains of growth that clung to the cliffs, draping and enfolding every jagged bone of the mountainside. They petered out into clumps of withered brown stone where rock had not yet relented to root. But spiny trees grew from the holes left by erosion, and vines navigated the smoothed-down faces of the stone. The green was unceasing in its efforts.

It felt as if we were finding in the landscape an expression of this place and our lives beyond my grandfather's death, beyond a past I did not fully understand. I developed a love for these mountains and their forests, a need to return and return again.

I lamented the years we'd stayed away. It wasn't nostalgia — a dangerous thing, if it sees too narrowly — but still, other words could not account for it. Sehnsucht, from my adopted language, German — a yearning for another course, for things that could have been different — perhaps. Hiraeth, from Welsh — a homesickness for a past to which I could not return —came close. There is a Chinese word — 鄉情 (xiangqing) —  that means "longing for one's native place." But none of them quite fit. Unable to determine my feelings with words, I began to think, perhaps, that whatever force had stitched my grandparents and my mother to this place had caught me, with just a thread at first, and then bound me to it still stronger. My grief was displaced by deep affection. Does regret, by nature, transmute into longing?

I began to think, perhaps, that whatever force had stitched my grandparents and my mother to this place had caught me.

I do not think it was a unique desire. I know others who have lost places or relatives, who have taken comfort in returning, as if exercising a muscle memory passed down through the generations. I found a constancy and a comfort in walking the island's hills.

And where I couldn't find words, I fell to other languages: to plants, to history, to landscape. My work as an environmental historian had taught me a great deal about temperate plants and navigating my way through a Canadian pine forest or a European heath with familiarity. In the vast and unrolling woodlands I grew up with in Canada, there is the red flame of autumn, the spare and silent retreat of winter. The pines and maples do their seasonal dance: pollen, senescence, bare branch.

But in Taiwan I found myself botanically adrift, as unsure of the trees as I was of the ferns that sprouted from windowsills. Taiwan's plants are too many to name.