On the last day of Canada Reads, the finalists make their case for the one book all Canadians should read

The 2020 finale saw Amanda Brugel and Kaniehtiio Horn make their final arguments for books We Have Always Been Here and Son of a Trickster. 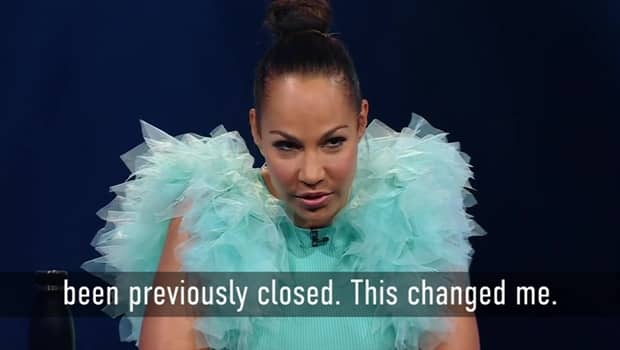 On the last day of Canada Reads 2020, the finalists make a case for why their book is the one Canada should read

6 months agoVideo
1:06
The 2020 finale saw Amanda Brugel and Kaniehtiio Horn make their final arguments for books We Have Always Been Here and Son of a Trickster. 1:06

During the final day of Canada Reads 2020, Letterkenny star Kaniehtiio "Tiio" Horn, defending Son of a Trickster by Eden Robinson and The Handmaid's Tale actress Amanda Brugel, defending We Have Always Been Here by Samra Habib made their final arguments for why their book is "the one to bring Canada into focus."

The novel Son of a Trickster by Eden Robinson and defended by Horn tells the story of a teenager named Jared Martin in Kitimat, B.C., who is known in his community for making the best weed cookies and having a scary mom. In spite of his personal challenges, he does his best to take care of his struggling family.

The memoir We Have Always Been Here by Samra Habib, defended by Brugel, chronicles Samra Habib's childhood in Pakistan, her experience with religious persecution, arriving in Canada as a refugee at age 10 and her journey of coming out as a proud queer Muslim woman.

In their passionate final argument, Brugel and Horn talked about why their book is the one all Canadians should read.

Amanda Brugel: So we've had a lot of conversation around nonfiction versus fiction at this table. While for me, personally, I connect with both, the bigger question I would like to pose to my fellow panellists is, which book changed you? Which book affected your life after you read the final page?

"For myself, besides the lessons of compassion and acceptance, Samra was able to contextualize what it means to be a Canadian queer Muslim.

Kaniehtiio Horn: "Indigenous people hold the truths of this country. It's up to you: Do you think Canada is ready to see itself through an Indigenous perspective? It's been a long fight to have our voices heard in this country. My book doesn't pander to anyone else's idea of who we are.

"Eden, a strong Onkwehonwe woman, used her wisdom as an auntie to to ground the story. Don't you think it's time an Indigenous person took first place? Who better than a true matriarch like Eden Robinson?"