The Canada Reads 2021 panellist spoke with Faith Fundal on Winnipeg's Up to Speed about the book she is championing, Jonny Appleseed by Joshua Whitehead.

Devery Jacobs is one of the panellists taking part in Canada Reads 2021. The actor and filmmaker will be championing the novel Jonny Appleseed by Joshua Whitehead.

Jonny Appleseed is a novel about a two-spirit Indigiqueer young man who leaves the reserve and becomes a cybersex worker in the big city to make ends meet. But he must reckon with his past when he returns home to attend his stepfather's funeral.

After the 2021 contenders were revealed, Jacobs spoke with Faith Fundal on Winnipeg's Up to Speed. 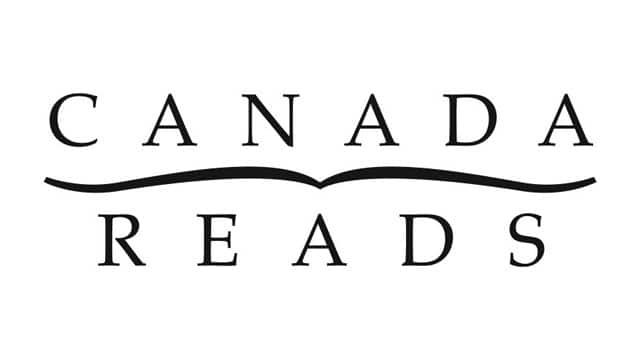 7:03Devery Jacobs on Up to Speed
The actor and filmmaker talked to Faith Fundal in Winnipeg about the novel she is championing on Canada Reads: Jonny Appleseed by Joshua Whitehead.

Tell me about what is was like meeting with your fellow Canada Reads panellists.

I have to admit I was a little intimidated when I first saw all of the defenders I'll be going up against. They're so well-spoken and well read and incredibly intelligent. But when we met over Zoom, it was really nice. There's a shared respect between all of us and we're all really passionate about our books.

There's a shared respect between all of us and we're all really passionate about our books.

We're also aware that being able to represent a book in this competition is a privilege for these authors in and of itself. We get to celebrate authors coming out of this country, and this could be a make or break moment for a lot of their careers. It's a big responsibility and an honour. But I am also feeling excited for the conversations that we're going to be having on Canada Reads in March.

You've chosen to champion Jonny Appleseed by Joshua Whitehead. Can you describe the book for us?

Jonny Appleseed is ultimately a novel about love. It's a book about coming home to to one's community and also to oneself. Jonny, he's a self-ordained NDN princess who supports himself by working as a queer cybersex worker off the rez in Winnipeg. Throughout the novel, Jonny explores his identity around his sexuality and gender. But Jonny only has one week before he has to return home to the rez to attend a family funeral. And the next seven days are a fever dream. They connect past with present and they turn pain into pleasure and they find the beauty in the everyday.

What drew you to Jonny Appleseed?

I am Mohawk, from Kahnawà:ke, which is in Quebec. I also identify as queer. While the subject matter obviously was intriguing to me, ultimately what drew me to Jonny Appleseed was Joshua Whitehead's writing style. In 2017, he released a book of poems titled full-metal indigiqueer. His writing as a poet undoubtedly comes through in Jonny Appleseed. It's not entirely plot driven. Jonny Appleseed is more emotion and memory. It's very poetic and fluid. And it is graphic. It's very sex positive, which is something that I hadn't seen in literature before. It's basically like decolonized sex. It also has such a tender and loving relationship between two Native men, and its messy and complicated facets. I've never seen that before.

1 year ago
Duration 0:40
Devery Jacobs on the beauty and hope in Jonny Appleseed

You got to virtually meet Joshua, the author of your book, for the first time recently. What was that like?

I geeked out. I'm a fan of his work, but I didn't realize that he was also a fan of mine. We've been following each other on social media for a while now. But he mentioned to me that he had referenced a character that I had played in his upcoming book that's going to be released in the fall. So it was a wild, serendipitous moment.

We've been messaging each other back and forth since the announcement. We're like the Native dream team.

What are you most looking forward to about about the Canada Reads experience?

I'm looking forward to reading everybody else's books. I know I love Jonny Appleseed so much. I'm curious to know what the other panellists saw in the books they chose. Other than that, I'm looking forward to defending Jonny Appleseed in March and to hear feedback on some people who might not have picked this book up and how it resonates with audiences across the country.

The theme of Canada Reads this year is One Book to Transport Us. How do you think your book does that?

Books are transporting because they require so much focus. Sitting down with a book forces you to really be in the world. And Joshua Whitehead's words absolutely transport you to write to Jonny Appleseed's memories. This novel is very emotion-based and memory-forward. That was what truly transported me.

This is exactly what we need in 2021: to be transported and to be able to find those cracks of light in all of our circumstances.