Only two books remain in contention in the annual battle of the books. Who will win? Find out today! 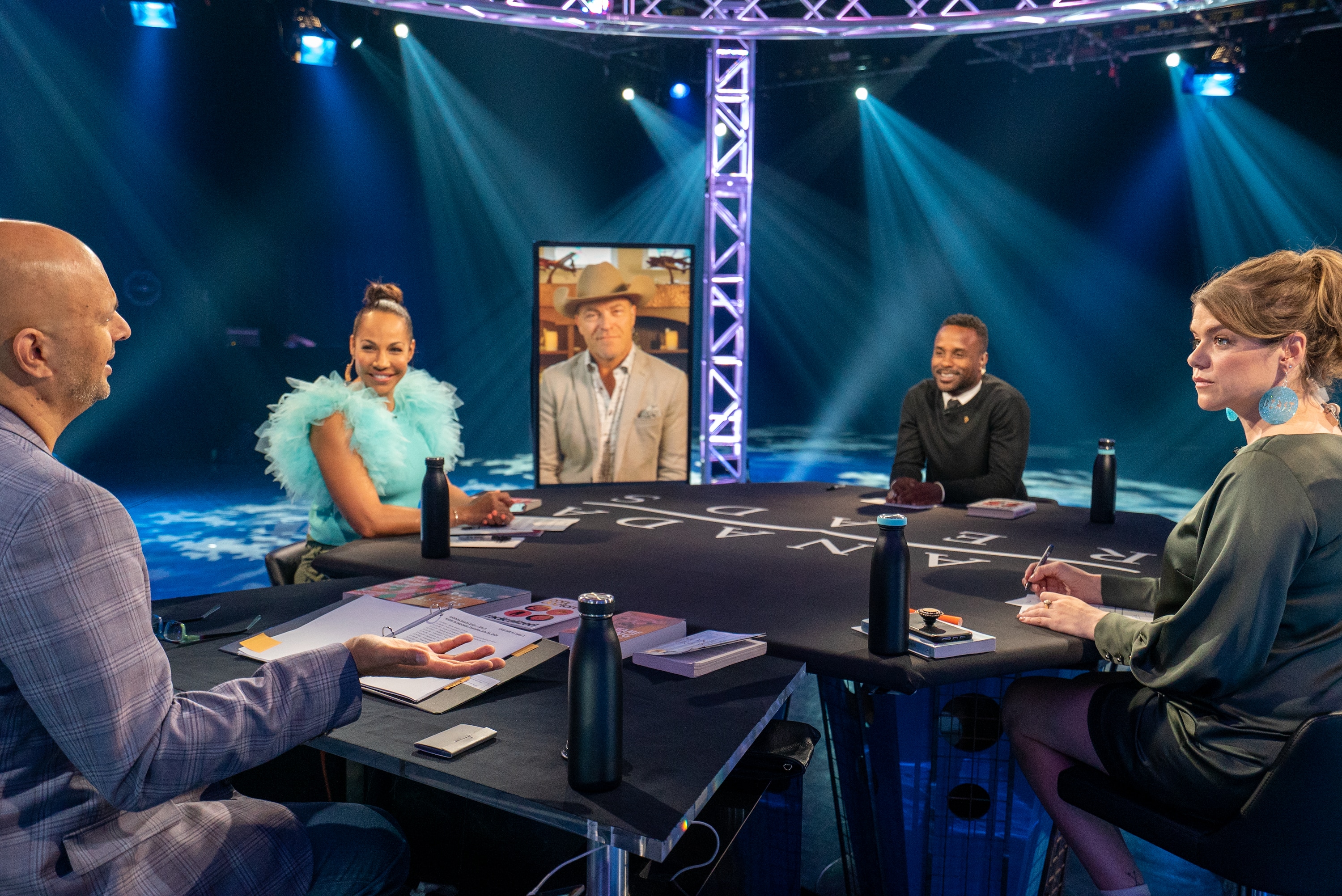 On the Canada Reads 2020 finale, The Handmaid's Tale actress Amanda Brugel, defending We Have Always Been Here by Samra Habib, faced off with Letterkenny star Kaniehtiio "Tiio" Horn, defending Son of a Trickster by Eden Robinson, for the crown.

Watch the recap of the finale on this page or find other ways and times to tune in here.

For the final day of Canada Reads 2020, Brugel and Horn were tasked with convincing fellow panellists Alayna Fender, George Canyon and Akil Augustine why their contending book is "the one that will bring Canada into focus."

Son of a Trickster, the novel Horn is defending, tells the story of a teenager named Jared Martin in Kitimat, B.C., who is known in his community for making the best weed cookies and having a scary mom. In spite of his personal challenges, he does his best to take care of his struggling family. In her passionate final argument, Horn talked about why her book is the one all Canadians should read.

"Son of a Trickster is a lot more accessible because it has an Indigenous perspective, it's a coming-of-age story [and] it's layered with fun stuff like magic and the supernatural," said Horn.

The memoir We Have Always Been Here, defended by Brugel, chronicles Samra Habib's childhood in Pakistan, her experience with religious persecution, arriving in Canada as a refugee at age 10 and her journey of coming out as a proud queer Muslim woman.

"Samra's writing is intelligent, raw and ultimately life-affirming. She bravely tackles her own experience with sexual assault, homophobia, religious persecution and Islamophobia in such a compassionate, accessible way that it compels us to tackle our own hardships with similar grace," said Brugel during the Canada Reads 2020 finale.

The debate featured discussions of the literary merit, themes and storytelling style of the contending books. After one hour of debate, the five panellists voted a fourth book off the show.