June 11, 2020 is Robert Munsch's 75th birthday. To celebrate, CBC Books presents 75 facts you might not know about the iconic storyteller.

June 11, 2020 is Robert Munsch's 75th birthday. To celebrate, CBC Books presents 75 facts you might not know about the iconic storyteller.

3. He spent seven years studying to be a Jesuit priest before leaving the seminary at age 25.

4. Munsch and his wife came to Canada from the United States to find work after getting laid off.

6. Love You Forever was originally a song Munsch wrote to himself, to help him deal with the grief he and his wife were going through after two stillbirths.

7. Munsch has visited hundreds of schools and daycares for free, often without telling them he's coming.

8. Munsch loves cosmology. He's been known to drag his telescope out onto the street in front of his house to stargaze.²

9. He and his wife have three adopted children: Andrew,  Julie and Tyya. His own family appears in five books: David's Father,  Something Good,  Andrew's Loose Tooth,  Finding Christmas and Pyjama Day.

12. Munsch's books have been translated into over 30 languages, including several Indigenous languages.¹

13. As a child, he had an imaginary friend named Bobby Smith, who was very naughty.

14. The titles always come last when he writes books.

16. Munsch believes moving to Canada is why he became a storyteller: "I don't think I would have told stories at all if I had stayed in the U.S."

17. When he travels, he prefers staying with local families to staying in hotels.

19. Munsch made up Moira's Birthday,  Smelly Socks and Makeup Mess on the same day in 1983, which he calls his "best day ever for stories."

21. He remembers dealing with depression as far back as Grade 5.

22. The Paper Bag Princess came from complaints from the mothers at the daycare where Munsch worked. He had been telling the kids a typical prince-and-princess story and he remembers the mothers saying, "Have you noticed there are not many princes in this stupid mining town? You should change that story." 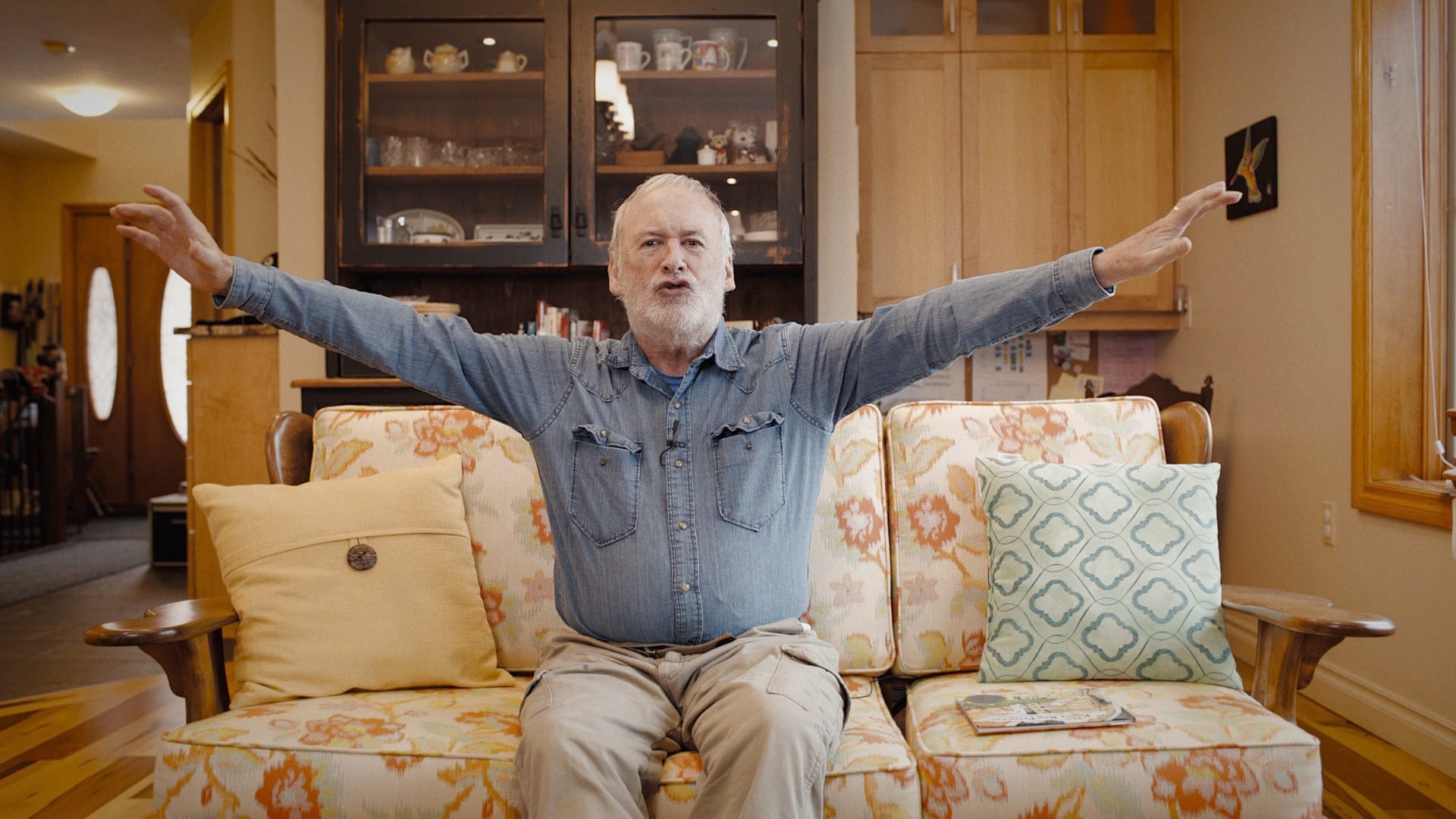 1 year ago
4:11
Forty years ago, the story of Princess Elizabeth and the dragon launched Munsch's career and changed the face of children's literature in Canada. 4:11

23. He has hundreds of unpublished stories.

24. Spelling is not his forte.

26. When Munsch told the media about his problems with drug and alcohol addiction in 2010, his children did not yet know. He had to tell them before the interview went to press. He also did not mean to reveal it, "it just slipped out."

27. He's been known to go back and change the text in his books when they're reprinted. He estimates Mortimer has about five different versions.

28. Two Ontario public schools are named after Munsch: one in Whitby and one in Mount Albert.

29. Of all his books, Munsch is most proud of Love You Forever.

31. His 2008 stroke has made him forgetful, which is why he doesn't tour anymore.

33. He loves to fish, but he describes himself as a "lousy fisherman."

34. Angela's Airplane was originally supposed to be Candy's Airplane, based on the name of the kid who inspired it, but the name was changed. Munsch felt so bad about this that he's made sure all his books use the kids' real names ever since.

37. Mortimer was the first story he ever made up.

38. When Munsch gets stuck on a story, he figures out a way to get kids to yell "Noooooo!" — a trick he learned when performing Thomas's Snowsuit.

39. Munsch was terrible in math as a kid. He counted on his fingers until he was in Grade 8.³

41. In his book Murmel Murmel Murmel, a male truck driver adopts a baby. Robert based the story on his own experience at the time, as a stay-at-home parent with his adopted son, Andrew.

43. It usually takes five years before his stories become books, but some books, like Give Me Back My Dad!, were published 20 years after coming up with the story.

44. Purple, Green and Yellow is about Munsch's battles with depression.

46. Munsch sees himself primarily as a storyteller, not a writer.

47. His first date with his wife-to-be, Ann, was a walk around Walden Pond in Boston.

48. Munsch has worked with many different illustrators, although Michael Martchenko is by far his most popular collaborator.²

50. When his children were younger, they visited the library every Wednesday, and took their books home in a laundry basket.

51. He made up his book No Clean Clothes during recess at a B.C. school he was visiting. The kids were being kept inside because there were three grizzly bears on the playground.

52. He has a dragon statue in his home to symbolize his battles with addiction.

53. Munsch likes to take long walks with his dog in the afternoon.

54. The publication of his book Too Much Stuff!, about a child sneaking dolls onto a plane, was delayed due to heightened airport security after the attempted Christmas 2009 bombing of a plane in the U.S.

58. He's a former CBC Literary Prize finalist. Back when the Prizes had a "Children's Story" category, Munsch won third place in 1983 for a work called Snowsuit.

59. He believes parents should read to their kids for at least 20 minutes a day.

61. His regular publisher didn't want to publish Love You Forever.²

63. He is a great admirer of Charles Darwin.

66. His favourite TV show is Elementary.¹

67. His book Get Out of Bed! inspired a fall fair parade float in Tavistock, Ont. On the float, the girl whom the book was based on lay in bed while Robert Munsch read to her. The float won first prize.¹

68. His favourite colour is black.

69. Theatre productions of his books have included Little Munsch on the Prairie, Magical Mystery Munsch, Munsch Ado About Nothing and Munschia Mia.¹

70. He co-wrote the book A Promise Is A Promise with Inuk children's writer Michael Kusugak about the monster Qallupilluit after a visit with Kusugak in Rankin Inlet.

72. Two of Munsch's most recent books are Blackflies and Bear for Breakfast, both illustrated by Kitigan Zibi First Nation artist Jay Odjick.

73. Bear for Breakfast is available in Algonquin, English and French.

74. Munsch has 71 million copies of his books in print in North America. That's almost two Robert Munsch books for every Canadian citizen.¹

75. Munsch's Mortimer was named the TD Grade One Book Giveaway title for 2020. This means more than 550,000 Canadian Grade 1 students will receive a copy of the 1983 classic.