What is the Venice Biennale and why should we care?

Remember that time your friend said, "Oh, I'm just so tired — the Venice Biennale was exhausting," and your uncle was like, "What is a bee-nal-er?" and you stopped speaking to both of them forever?

I'm Professor Lise (not really a professor) and this is Art 101 (not really a class) and I'm here to clear up this Venice beenaler business, right now. What is this word and what does it mean?? How do you pronounce it? And why is it such a big deal? 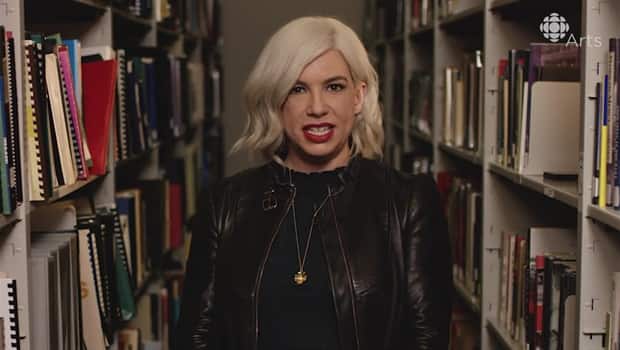 2 years ago
3:57
Professor Lise explains to you and your uncle what a Biennale is and why they're important. 3:57

The word "biennale" itself is pretty simple — it's Italian, and it just means "every other year."

Why does your friend say it in such an irritating way? Think of what Cannes or Sundance are for film, or what the Olympics are for sports. That's pretty much what the Venice Biennale means for art. As in, it's too expensive for most of us to ever get there, it's fun for a lot of celebrities to wander around and most of the art will never make it to your town.

But the Venice Biennale is part of a tradition, like the Olympics or Cannes, of countries showing off their best — in this case, their best art.

The Venice Biennale goes back to 1895. That first one broke off into separate festivals for theatre, cinema and music — and, later on, architecture and dance. But the Venice Biennale of art still rules them all.

Here's how the whole thing works: in a park in the city called the Giardini, most participating countries have their own pavilion. (Canada's looks sort of like a cabin in the woods.) Each country chooses an artist or artists to represent it, and that artist gets to use their country's pavilion in the way that best suits their work.

For instance, in 2017, artist Geoffrey Farmer took advantage of the fact that the pavilion was about to be restored and made his Biennale installation look as if it was spilling out through the missing walls and roof. He was casting light on the idea that Canada's pavilion at the Biennale is not a permanent thing and that it was built with WWII reparation money, paying respect to the lost lives of men and women.

What does this have to do with your everyday life? Who a country picks to represent them at an art fair this huge says something about what the country is thinking about, or what image they're trying to project to the world. In 2005, performance artist Rebecca Belmore represented Canada at the Biennale, and the video she made, called Fountain, offered the perspective of an Indigenous woman and pointed to the importance of water and accountability.

In 2017, the group show at the Chinese pavilion focused on the idea that contemporary artists are looking back to old traditions and carrying them into the future.

At the 2019 Venice Biennale, artist collective Isuma will be representing Canada. It'll be the first time that Inuit artists are our pick for the Biennale, and they'll add an important vision to this huge international art fair.

The Biennale is also a bit of a miniature model of the world outside the arts. The biggest national pavilions at the Biennale echo the current structure of which countries hold power in the world.

There are other shows like the Venice Biennale around the world — Documenta, the fair that happens in Kassel, Germany every five years, or Art Basel, the fair in Switzerland, or Art Miami. There are more biennales, triennials and even quinquennials than you can shake a stick at and they're a good thing for artists who can use them to get noticed and become part of the art market (and get pretty rich.)

So: sure, the Venice Biennale is a bit inside baseball — but it's an important part of our artistic culture even though it's far away. It's still a place where, every two years, countries including Canada have something to say about what they value. And art plays a leading role in representing culture.

So obviously, you and your uncle should go and you can watch him call it the "been yaller" at all the parties (there are a lot of parties) and pass out drunk near a canal.