What can't Helen Shaver do? Spend some time with a true Canadian film icon

Need inspiration as an emerging filmmaker? Look no further. Shaver sat down with Amanda Parris for a panel in St. John's.

Need inspiration as an emerging filmmaker? Look no further than this panel

On a chilly night in downtown St John's, the St. John's International Women's Film Festival partnered with CBC Arts and the Directors Guild Of Canada to present a masterclass in filmmaking with Helen Shaver. As part of CBC's The Filmmakers roadshow, host Amanda Parris and Shaver did a deep dive about being a female director, transitioning from acting to directing and what kind of director Martin Scorsese was on set. Shaver reflected on "showing up" as a storyteller, the enduring power of Desert Hearts and the joy of making her latest film.

Fresh from helming an episode of HBO's Westworld and having recently locked picture on her first theatrical film Happy Place, Shaver and Parris engaged in an insightful conversation that left an audience of aspiring, emerging and established female filmmakers completely inspired. Shaver's boundless passion and energy was on full display as she talked about her legendary career as an actress, her persistent imposter syndrome and how she has been able to thrive in an industry dominated by men. 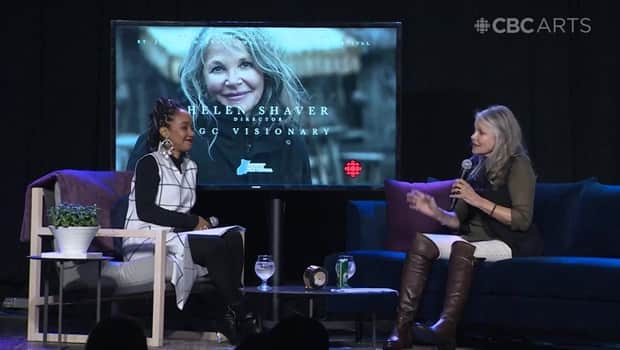 Watch The Filmmakers on CBC Gem.