'We knew our worth': How Lena Waithe and Melina Matsoukas leveraged their power to make Queen & Slim

The duo's story is as captivating as the film. Watch their conversation with Amanda Parris.

The duo's story is as captivating as the film. Watch their conversation with Amanda Parris

Queen & Slim begins quietly with a first date. Two people are sitting across from each other, but they feel miles apart. She complains about the food, while he happily chews large mouthfuls. There is a little flirtation and the first flutters of chemistry, but it's unclear whether there will be a second date. When sirens disrupt their ride home, this fledgling romance turns into a horrific nightmare — one that ends with a woman shot, a police officer dead and two virtual strangers forced together as they run for their lives.

Written by Lena Waithe, directed by Melina Matsoukas and starring Jodie Turner-Smith and Daniel Kaluuya, Queen & Slim is a romance and a road movie. And perhaps most importantly, it's one of the most unapologetic demonstrations of a filmmaker's love and passion for Black people and Blackness that I have ever seen.

The film is playing now across Canada and the hype around every element of it — from the music to the wardrobe, the cast to the cinematography, the romance to the plot — is already dominating my social media timelines. Media outlets across North America are also singing its praises. It's incredible to witness so much energy, discussion and enthusiasm for a work of art created by two Black women.

Boasting just as much swag and chemistry as the two lead characters, Waithe and Matsoukas have become their own iconic pairing. I had a chance to sit with them earlier this week to find out more about their friendship, their vision for Queen & Slim and their boss manoeuvring of the film industry. The behind-the-scenes story is as captivating as the film, and theirs is a tale of strategic leveraging, urgent mobilization and a deep mutual admiration and respect.

I remember watching the trailer for Queen & Slim earlier this summer and feeling goosebumps run all over my body. The stripped-down sound of the Bee Gees singing "Staying Alive" plays in the background as a young boy shows the two fugitives dashcam footage of their crime.

Indeed, the film does feel like a simultaneous salute to the '70s Blaxploitation era and a prescient comment on our contemporary times. With set pieces that feel like they've emerged straight out of a Deana Lawson photo shoot (if you don't know who Deana Lawson is, go get your life right now) and wardrobe choices that pay subtle homage to Black fashion labels like Dapper Dan, Pyer Moss and Sean John, Queen & Slim is a visual kaleidoscope of African-American cultural references.

Matsoukas makes her feature film debut with Queen & Slim, but she's already a household name thanks to her visionary work in the world of music videos. The movie has her distinct signature all over it. When I asked her to create a playlist of visual inspirations for the film, she cited works as diverse as Hype Williams (Belly) and Alfonso Cuarón's critically acclaimed road movie Y Tu Mamá También. 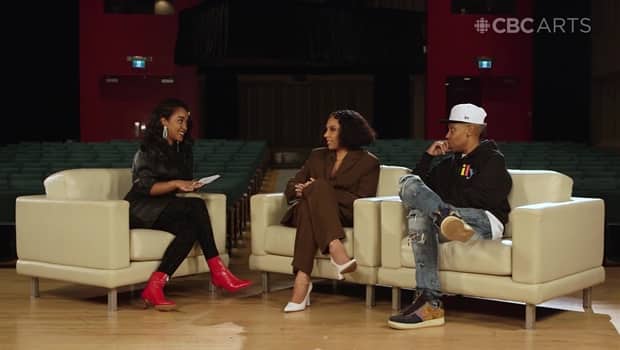 5 things that inspired the look of Queen & Slim

1 year agoVideo
1:54
It's a powerful list, and an eclectic one, too. Director Melina Matsoukas talks about shaping the movie's signature aesthetic. 1:54

Within that aesthetic are peeks into quintessential Black culture, and they arrive without any need for explanation or justification. In one brief moment, elder Black folks dance in a juke joint under warm red lights. The scene is sexy and seductive, warm and sensual. It's also something I've never seen captured on the big screen. In a pivotal sequence, Slim has his hair shaved and Queen takes out her braids. (Both of these shots could be their own posters.)

Their decision to "hide in plain sight," as Queen says, means that the fugitives are not donning wigs and sunglasses, but rather removing the armour they so often wear in their everyday lives.

The filmmakers reveal how hair plays a role in the storytelling: 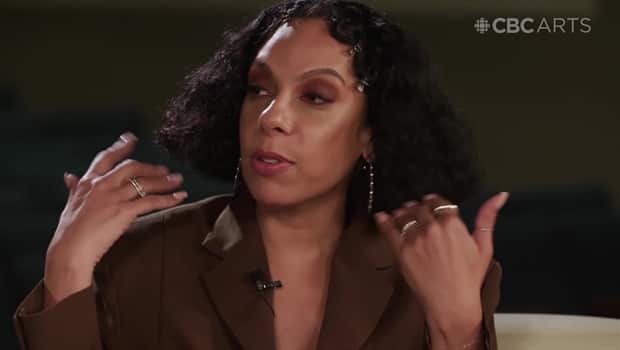 Why Queen & Slim is a 'Black hair story'

1 year agoVideo
1:41
Can we talk about the hair in this film? Melina Matsoukas and Lena Waithe on building Queen's character. 1:41

Lena Waithe's script for Queen & Slim is not a re-telling of Bonnie & Clyde with a dose of melanin. (Thank goodness, because I'm so over those reboots.) It's a love story against a backdrop of police violence that takes the audience across the country with two fugitives who are only able to discover freedom when death is on their doorstep.

Waithe was adamant that the film be shot and released in the same year. For one, she had the same fear all writers have: if she didn't work fast, someone else would come along with the same idea. (I've definitely been there.) But she also saw the movie as a meditation on Blackness that needed urgent expression. Against real-life context — the violence that's happening against Black people daily — Queen & Slim became a tribute and rallying cry, and it's made with a FUBU philosophy: for us, by us. As she told me, she had a passionate desire to capture not only the nuanced rhythm of African-American vernacular, but to intimately immerse the audience in a discourse that has deep and tangled roots.

Waithe talks about the language of Queen & Slim: 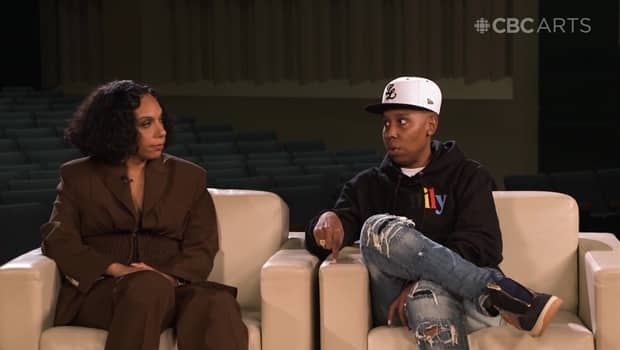 Why Lena Waithe is 'obsessed with dialogue'

1 year agoVideo
3:38
Writing Queen & Slim, Lena Waithe wanted the to capture the realism and poetry of the African-American vernacular. Here, she shares what inspired the script. "I wanted to tell our story, all of us." 3:38

When Waithe, Matsoukas and Kaluuya came together to make Queen & Slim, Hollywood paid attention. These three creatives each boast impressive resumes. Waithe made history as the first Black woman to win an Emmy for Outstanding Writing of a Comedy Series. Matsoukas was making headlines as the director of Beyonce's "Formation" and executive producer of the hit HBO show Insecure. Kaluuya is an Academy Award nominee (Get Out), and when he joined Queen & Slim, he'd just finished the immensely successful Black Panther. They were a dream team, and as Matsoukas told me:"We knew our worth. We knew our worth as people, as filmmakers, and we knew the worth of our culture. And that wasn't gonna be taken, stolen or mistranslated."

So, Matsoukas and Waithe came up with a list of demands: Waithe wanted final say on the script and both wanted final cut on the film. They wanted the power to choose their cast and crew. Matsoukas wanted to shoot on film and on the road. And Waithe didn't want to do test screenings or be beholden to the notes that came from them.

With this power comes a great deal of responsibility (at least according to Peter Parker's Uncle Ben), and both Matsoukas and Waithe have spoken publicly about the pressures that come with the privilege of their platform. In a recent interview with The Atlantic, Matsoukas talked about not getting the privilege to make mistakes or fail when you are one of the first and the few. In an onstage interview with designer Kerby Jean-Raymond, Waithe confessed that she constantly pursues excellence "because I want to justify the space I take up."

I asked them whether they thought there would be a time when that pressure would subside and that weight wouldn't have to be carried. Waithe expressed her doubts, explaining that Black films had the unfair burden of needing to do extremely well in order to be noticed.

"Moonlight had to be perfect for it to get Best Picture," she told me.

But Matsoukas was more hopeful. "I think the more films from, like, Barry Jenkins, [Steve] McQueen and Ava Duvernay — and the more opportunities we bring to each other and support each other as a community — they are forced to see our value. They are forced to see our worth, and then we can make all the films that we want. We can really show the diversity of who we are as a people. We can make quiet films, small ones, big ones. We won't have to make films that are just about the best or the first anymore."

Watch the full interview with Melina Matsoukas and Lena Waithe:

Queen & Slim is now playing in theatres across Canada.