Back in 1995, the actress and filmmaker talked to the CBC about losing her passion — and finding it again.

In 1995, the actress and filmmaker talked about losing her passion and finding it again 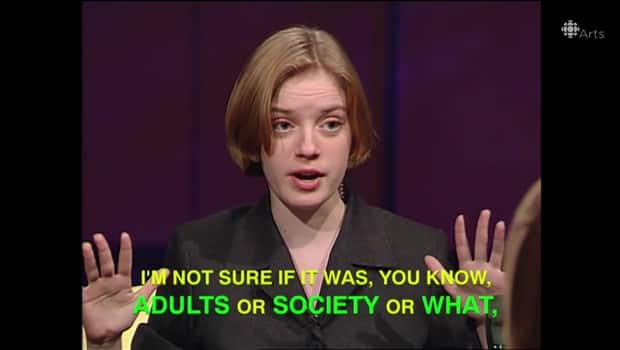 4 years agoVideo
1:10
In 1995, a 16-year-old Sarah Polley shared about growing up fast, losing her passion, and creating space for excitement again. 1:10

In 1995, a 16 year-old Sarah Polley spoke about the pressure to grow up fast, losing her passion along the way and the urge to eventually revive it.

"I think probably around 11 or 12, there was sort of a real push from — I'm not sure if it was, you know, adults or society or what, but a real push to sort of lose the passion that I think is considered childlike," Polley says in the above video from the CBC Archives.

"I feel that enthusiasm and excitement about life, that's considered, I think, by many people who may not even realize it, as something sort of very childish," she continues. "You've reached a certain age now where you've gotta get critical and bitter, so do it. Like, look at us. We're really unhappy."

Polley concludes: "And now, I mean I'm still obviously in the midst of adolescence, but I find myself making an effort to try and revive that [passion]."

Starting this Sunday at 7pm EST (7:30pm NT), Polley will narrate Ken Dryden's new six-party documentary series We Are Canada on CBC Television. The series features a new generation of Canadians, who are shaping the future of Canada. Tune in as she helps welcome a new wave of young Canadians, working hard to make a change!

Nayani Thiyagarajah is a a director, producer, and writer of stories for the screen. As a Libra, she enjoys the balance of both truth-telling and playing make believe for a living. Fun facts: Nayani sometimes cackles and snorts while laughing. She can be found on Twitter and Instagram here: @_9knee. (For anybody wondering, that's how you say her name. nayani = 9'knee)