A group of Winnipeg youth set out to answer the question: How do you feel about public art?

How does public art make you feel? What would your city be like without it? Those are the sorts of questions a group of Winnipeg youth set out to answer in Skyway Soapbox.

"Some days in the studio it feels like we're part of some cheesy ’80s after school special!" 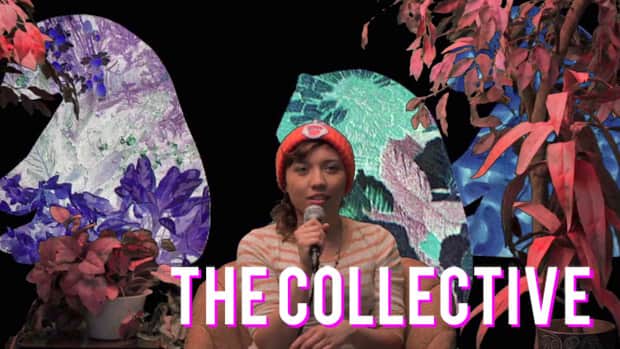 5 years agoVideo
2:30
How does public art make you feel? What would your city be like without it? Those are the questions that a group of youth in Winnipeg set out to answer in this delightful short, made at Graffiti Art Programming. 2:30

This video is part of The Collective, a CBC Arts digital project that invites artists to tell their own stories. Learn more about the project, and watch more Collective videos.

How does public art make you feel? What would your city be like without it? Those are the sorts of questions a group of Winnipeg youth set out to answer in Skyway Soapbox. The youth were part of Studio 393, an arts studio at a not-for-profit community art centre downtown called Graffiti Art Programming. Over the course of several weeks, they interviewed passersby about their feelings on public art, then cut the answers together in this charming video.

Here's what Patrick Skene, Studio Manager at Studio 393 had to say about the centre and the video:

How did this film come together?
[An] ongoing initiative we have is creating a space that highlights and showcases youth downtown creating and doing positive things. So the fit for the movie was talking about visual art and art in downtown Winnipeg specifically and having our youth engage with people who are downtown. Because we're in the skywalk of Portage Place Shopping Centre, there are a lot of people coming and going to work, to Jets' games, people coming from the suburbs, people who come to work or shop or eat... The youth came up with questions and we selected a few to focus on. It was youth-driven in every way possible. Even up to the outreach portion where we had kids in the skywalk bringing people in to be interviewed. We had people come in and the youth would ask them questions. [Then] we sat with the youth and they helped us edit. The art pieces that people referenced that we ended up using, we had youth create images so we could put it with the green screen.

How did you work with the group to animate their drawings that form the backgrounds of the film?
Once we sat down and decided what footage we would use — we actually had quite a bit and had to massage it down to a short piece — that was a determining factor in what we use visually and not to bite off too much. The animation was just done in a green screen process.

What has been the impact of Studio 393's film programming on these youth? Do they feel more connected to their community?
Absolutely. Every day we are witness to youth becoming more confident people, more ambitious, more driven. One of our youth not too long before we shot this, won a Freeze Frame youth award for a video he made for one of his songs through our programming. Freeze Frame is a French and English community film program here in Winnipeg. There's definitely an impact. We have a group of younger youth who make their own movies now, and make their own versions of those Law and Order-type shows.

What's the goal behind Graffiti Art Programming's work?
Ultimately, we want to create a space where young people are learning skills through rapping and dancing and singing and filmmaking so they can take those skills into life. We have different summer internship programs and a program that continues throughout the year where we have four youth hired that work with younger youth in mentorship roles.

Describe the relationship between staff at the studio and the youth.
We've been working together for so long, it's a very fun environment. We're working but we're also making art and movies and sometimes that can be stressful as anything. We're working with young people who are inspired to make cool things happen. Ultimately, it's a very fun experience. It's a job still, of course but in a corny way, some days in the studio it feels like we're part of some cheesy 80s after school special! It's a very fun place to be and work and create.

How did the youth react to hearing they were going to work on a film for CBC?
Sometimes it's hard for them to get excited. As an example, you could be like: meet this international, world-renowned musician who's the best in their field but if the kids don't know who they are, it's hard for them to warm up to that. So I think it was exciting because everyone knows what CBC is, so there's a sense of pride there, right off the bat.