'We are all our own superheroes': Window Horses celebrates multiculturalism and the power of poetry

In Ann Marie Fleming's animated film, a passionate poet breaks away from her sheltered life when she gets invited to a poetry festival in Iran.

Most animated features are action-oriented films directed by men for an audience of children — but that wasn't the case for Ann Marie Fleming's Window Horses.

This film is about a mixed-race girl named Rosie Ming, a passionate poet who breaks away from her sheltered life when she gets invited to a poetry festival in Iran.

Watch a clip from Ann Marie Fleming's interview on The Filmmakers: 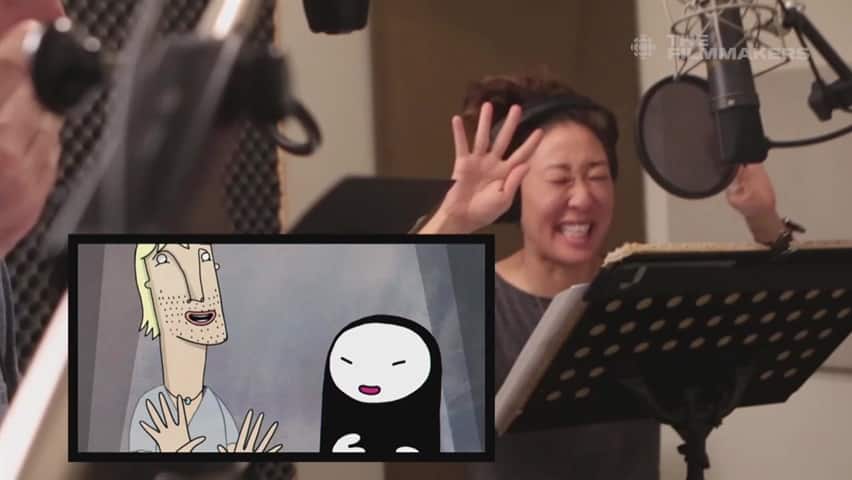 What is the Sandra Oh effect?

Several different animators made different parts of the film. "I wanted as many different people's 'mind voices' in there," explains Fleming.

Animation was like a perfect vehicle to tell this [story].- Ann Marie Fleming

When Sandra Oh hopped on board, she not only lent her voice to the main character Rosie — she also helped crowdfund for the project.

"I'm so lucky, I can't thank her enough," says Fleming in her interview with The Filmmakers co-host Amanda Parris.

Mixed race and mixed up

In the film, Rosie Ming is raised by her protective grandparents. Her Chinese mother died when she was young and she believes that her Persian father abandoned her at an early age.

It isn't until Rosie breaks free to Iran that she learns the power of language and discovers the truth about what happened to her father.

[Rosie Ming] is trying to show us that we are all our own superheroes.- Ann Marie Fleming

The themes of multiculturalism and mixed-race identities hit close to home for Sandra Oh. "I feel like I'm just like Rosie Ming," she says in the crowdfunding video for the project. "I'm a product of many cultures...I wanted to bring Rosie to life."

Exploring the complicated nature of mixed-race identity has also been a central theme in Fleming's life. She was born in Japan to a Chinese mother and an Australian father.

Fleming has published many graphic novels of her works, including Window Horses. She is best known for her lighthearted animated alter ego Stickgirl.

Stream the film and check out the interview and panel discussion about Ann Marie Fleming's film Window Horses only on The Filmmakers.